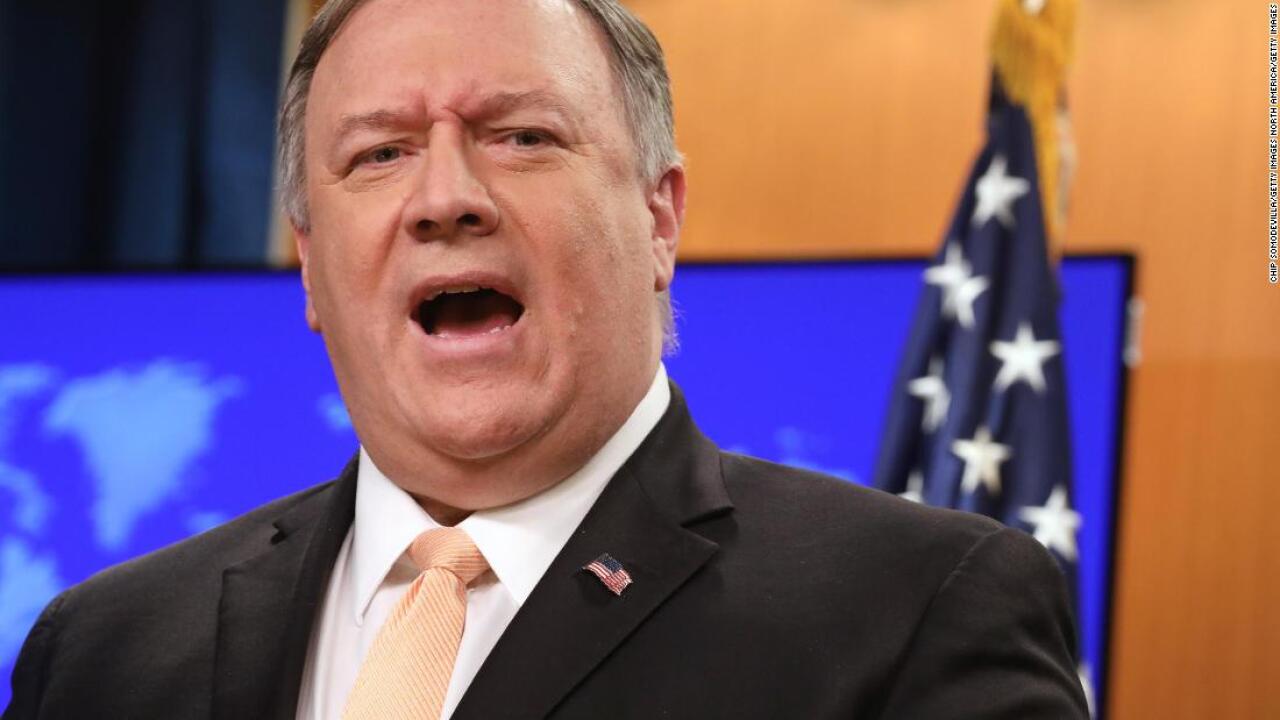 Secretary of State Mike Pompeo made an unannounced trip to Iraq on Tuesday after abruptly canceling a planned trip to Berlin amid escalating tensions with Iran.

The top US diplomat met with Prime Minister Adil Abd al-Mahdi and President Barham Salih while on the ground in the Iraqi capital in a roughly four-hour visit, according to the pool traveling with Pompeo.

US officials have told CNN the US had "specific and credible" intelligence that suggested Iranian forces and proxies were planning to target US forces in locations including Iraq. That intelligence led the Pentagon to recommend a carrier strike group be moved to the region.

In remarks to the pool en route to Baghdad, Pompeo said he wanted to go "to speak with the leadership there, to assure them that we stood ready to continue to ensure that Iraq is a sovereign, independent nation."

Asked to elaborate further on the "tipping point" for his abrupt change of travel plans, Pompeo declined to go into details.

However, questioned whether the threat could impact Iraq, Pompeo said "certainly it's the case that if American interests in Iraq are threatened, it would impact Iraq as well."

Pompeo said he had informed President Donald Trump of his travels on Monday night and that the President had asked him to pass along a number of messages.

"The central messages are this: We want to make sure that Iraq is positioned so that the relationship that we've built with them and that our allies in the region have built with them -- allies that range all across the Gulf, who understand that the primary threat in the Middle East is Iran -- remains strong, that those relationships remain strong," he said.

Pompeo abruptly canceled a scheduled trip to Germany earlier on Tuesday "due to pressing issues," the State Department said on Tuesday. The secretary of state told the pool that Germany's foreign minister, Heiko Maas, understood the decision to cancel.