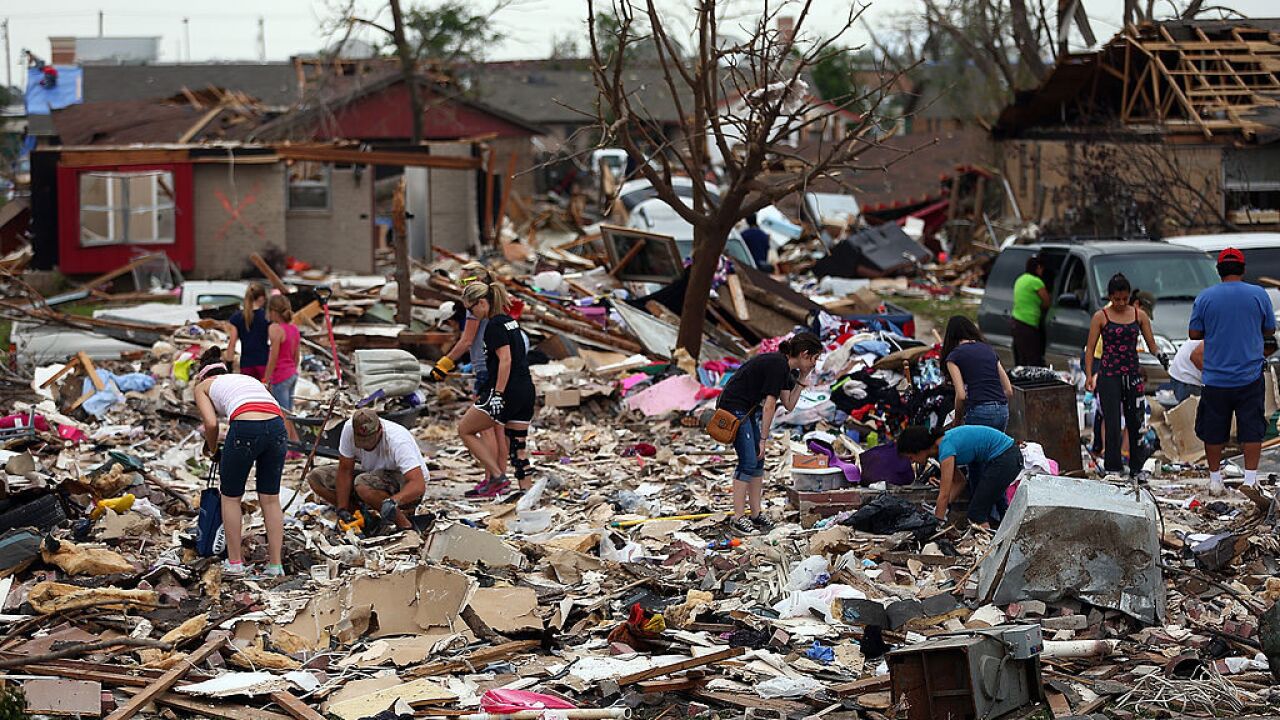 For the first time in two years, forecasters have issued their most dire warning for the risk of catastrophic tornadoes.

The target: parts of the Texas Panhandle and Oklahoma, which is also marking the sixth anniversary of a tornado that pulverized the city of Moore, killing 24 people .

More than 2 million people are in harm's way as the National Weather Service's Storm Prediction Center issued a threat level 5 out of 5 for violent tornadoes Monday.

"This event should result in a significant threat to life and property," the Storm Prediction Center said.

To put things in perspective, violent tornadoes make up only 0.5 percent of all tornadoes but account for about half of all tornado deaths, CNN meteorologist Brandon Miller said.

But it's not just tornadoes expected to wreak havoc Monday.

More than 50 million people are at risk of other severe weather Monday, including fierce winds, large hail and flash flooding, Miller said.

On top of that, "there is also a high risk for flash flooding from parts of Oklahoma and Kansas, where rainfall totals of 3-6" will fall on already saturated ground," CNN meteorologist Dave Hennen said.

"Do not let your guard down on Monday night," the National Weather Service office in Norman , Oklahoma, said . "It looks like severe storms and flooding will be a big problem overnight ... into Tuesday morning."

States such as Louisiana, Oklahoma and Texas are still reeling from weekend tornadoes and storms.

In the past three days, 52 tornadoes were reported across seven states, CNN Meteorologist Michael Guy said.

"We woke up to the sound of glass breaking, and went in and saw the window in the kitchen was broken," resident Dorine Bearden told KPLC.

"Before, I had always told my husband it looked like we lived in a park," she said . "And when I looked out there, that park was gone. It was heartbreaking."

Baseball-sized hail could be on the way

Destructive hail and brutal winds are also possible through Tuesday.

Oklahoma City and Texas cities such as Lubbock, Amarillo and Abilene could get pounded with baseball-sized hail and hurricane-force winds, the National Weather Service said.

After a brief break, the risk of severe thunderstorms will increase again, the National Weather Service's Fort Worth office said. It urged residents to have a " safe plan in place " for Tuesday.