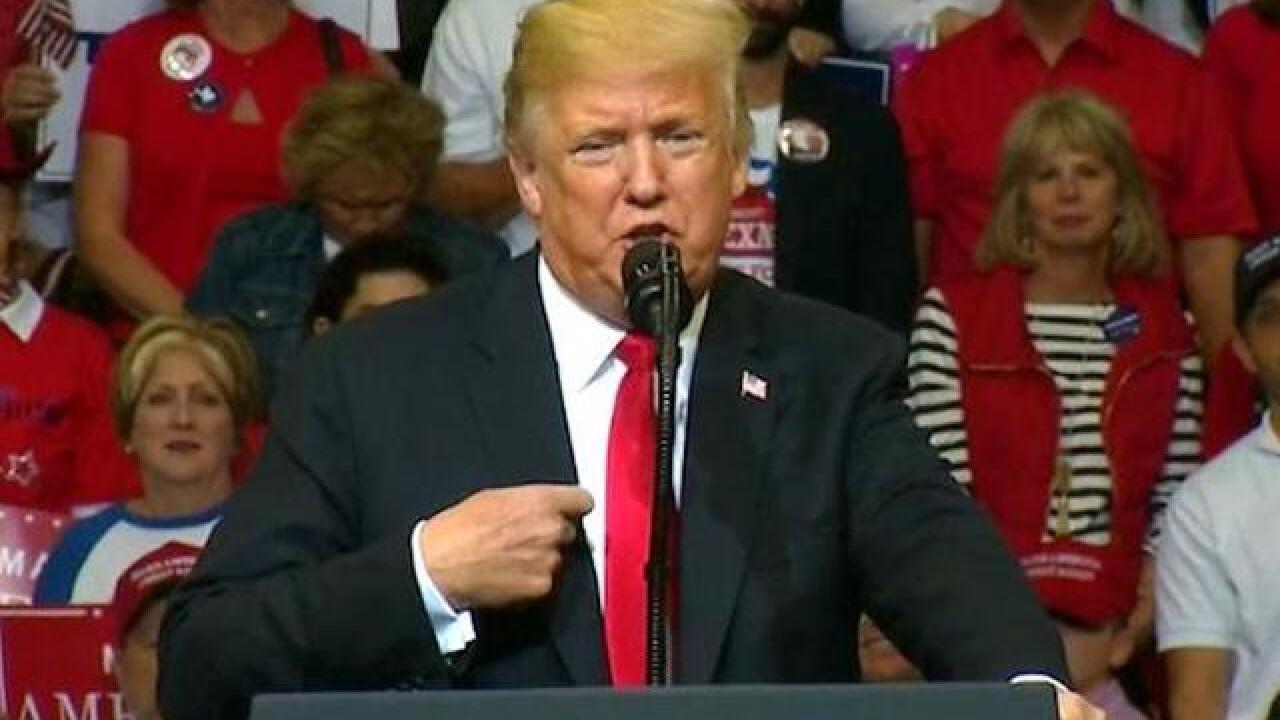 President Donald Trump sought to distance himself from the Justice Department official he just named as acting attorney general in the face of mounting criticism about the legality and propriety of his appointment.

The President's comments are at odds with the relationship Trump has forged with Whitaker in recent months, even as his opinion of Sessions continued to sour. Whitaker has been at the White House dozens of times, including in meetings with Trump, and the two have spoken by phone on several occasions, including on the day that Deputy Attorney General Rod Rosenstein was expected to be fired.

Whitaker was not hired as Sessions' chief of staff by virtue of any pre-existing relationship with Sessions, but instead because White House officials believed Whitaker's loyalties would lie at the White House and not with the beleaguered attorney general, sources said.

So what you're saying is, you know Matt Whitaker? https://t.co/Moq6nI7XCD pic.twitter.com/LEwPBC4jpJ

And over the last year, Whitaker has told friends about his growing relationship with Trump. The President knew that he had played football and the tall, brawny former US attorney fit the image Trump liked, according to people familiar with their conversations, far more than the diminutive Sessions, whom Trump mocked.

"He looks like the kind of guy who sits at the head of a table," a source familiar with the matter said.

Even as he claimed on Friday not to know Whitaker, it was clear Trump maintained an affinity for him, praising his qualifications for the job as he insisted Whitaker was being unfairly maligned.

Some legal scholars -- including George Conway, the husband of Trump counselor Kellyanne Conway -- said they thought Whitaker's appointment is unconstitutional because he is not a Senate-confirmed official. Other critics have slammed Trump's decision to appoint Whitaker as acting attorney general over Deputy Attorney General Rod Rosenstein because the move puts Whitaker in charge of special counsel Robert Mueller's probe, which Whitaker had been publicly critical of.

Trump insisted Friday that he had not spoken with Whitaker about the Mueller investigation.

The President's move to distance himself from Whitaker is a familiar refrain Trump has used when associates of his have become embroiled in controversy.

When federal prosecutors targeted his longtime former attorney Michael Cohen, Trump insisted Cohen handled only a "tiny, tiny fraction" of his legal work. Before that, he claimed that his indicted former campaign chairman Paul Manafort worked for him for "a very short period of time." And shortly before ousting his chief White House strategist Steve Bannon, who also helmed his campaign, Trump maintained Bannon "came on very late."

Still, the President praised Whitaker as "very highly thought of" and said that Whitaker is only taking heat because "anybody that works for me, they do a number on him."

"Matt Whitaker is a very smart man, he is a very respected man in the law enforcement community, top of the line," Trump said. "He's acting, I think he'll do a very good job and we'll see what happens."

Trump's comments came as a growing sense of concern developed inside the White House over the negative reaction to Whitaker being tapped as the acting chief law enforcement official. Several senior officials said they were surprised by the criticism and believe it could potentially jeopardize his chances to remain in the post if it continues to dominate headlines.

It was not widely known among the staff that he had commented repeatedly on the special counsel's investigation in interviews and on television -- an irony given that Whitaker's TV appearances helped him land his job at the Justice Department and people close to Trump encouraged Whitaker to keep up his TV appearances to draw Trump's attention.

Whitaker was tapped by the White House to serve as Sessions' chief of staff in September 2017, with sources describing then-White House counsel Don McGahn as the person behind the hiring.

McGahn was drawn to Whitaker because he had a stalwart reputation in right-wing legal circles and because the White House wanted someone who was competent, could mind Sessions and could "keep things on the rails" at the Justice Department.

Whitaker and White House chief of staff John Kelly developed a close relationship too. Kelly would often call Whitaker to convey when Trump was unhappy with something at the Justice Department or with Sessions in particular.