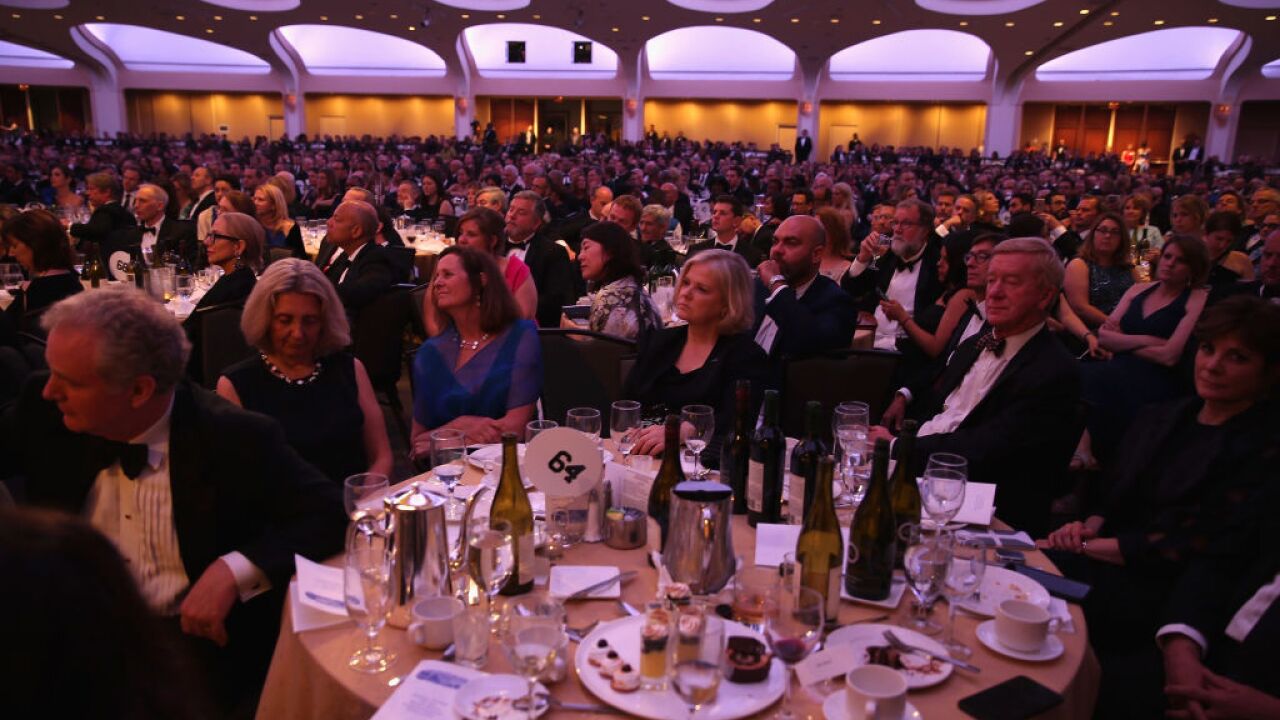 President Donald Trump will once again skip the White House Correspondents Dinner, snubbing the annual Washington gala for the third year in a row.

Trump told reporters on Friday morning that he will hold a rally rather than attend the April 27 event, which has long attracted presidents, dignitaries, journalists and entertainers.

"I'm going to hold a rally," the President said before departing for California. "Yeah, because the dinner is so boring and so negative that we're going to hold a very positive rally."

Trump said there are three potential sites for the rally. "It'll be a big one," he said.

Trump has yet to attend the dinner as president, and it isn't difficult to guess why. The event has featured comedians, who often use the forum to roast the guests, particularly those holding office. Presidents have traditionally given light-hearted remarks at the dinner, as well.

In 2011, then President Barack Obama used his time at the podium to ruthlessly mock Trump, who was seated in the crowd. And last year, with Trump absent, the comedian Michelle Wolf lobbed biting jokes at the administration in a performance that upset some in the White House Correspondents Association, the group that hosts the dinner.

Months after Wolf's performance, the WHCA announced that it was doing away with the tradition of hosting a comedian, opting instead to book the author Ron Chernow to speak.

But it appears that wasn't enough to persuade the President to attend.

Olivier Knox, a correspondent for SiriusXM and the president of the White House Correspondents Association, said Friday the group is "looking forward to an enjoyable evening of celebrating the First Amendment and great journalists past, present, and future."