Report: Driver who put horse in bed of truck could face charges 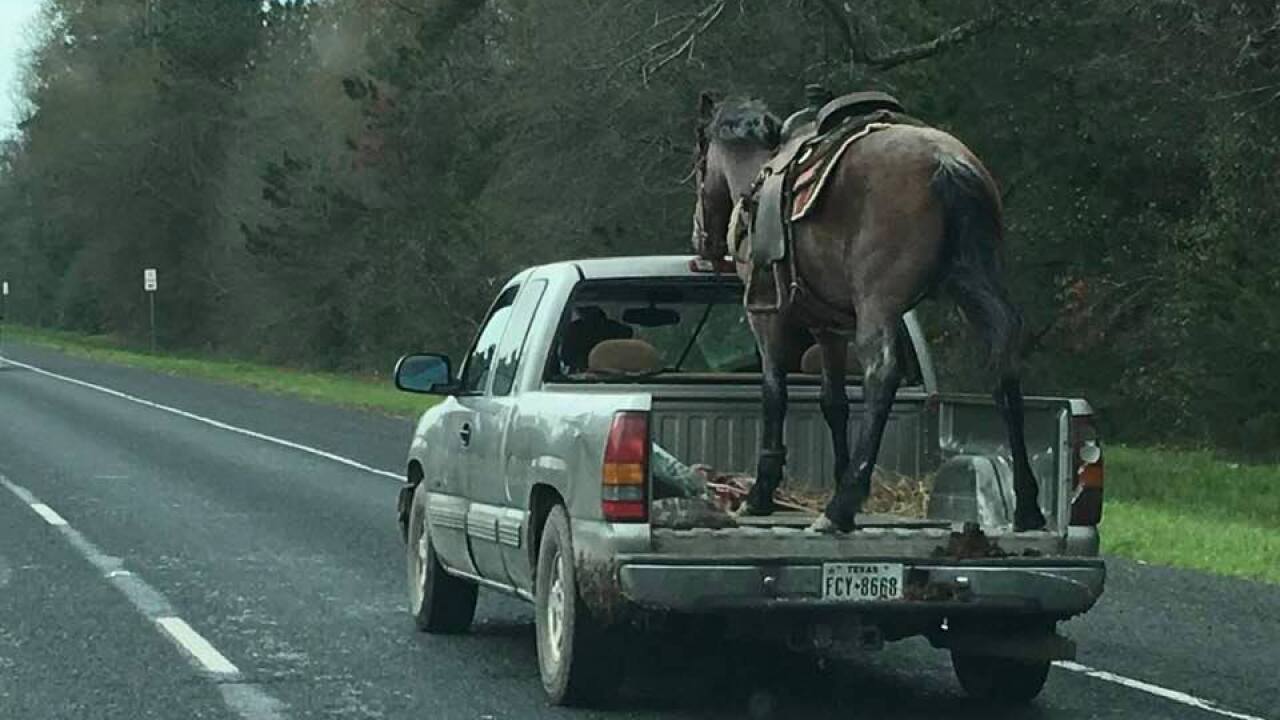 CORRIGAN, TX — A photo of a horse being transported in the bed of a pickup truck has been circulating across social media, and now police reportedly said the driver could face charges.

According to KTRK in Houston , the photographer who took the picture said the driver was traveling about 70 mph in Corrigan, Texas.

Corrigan police told KTRK the driver was on his way to work at the Stockyards. He was pulled over and cited for a defective tail lamp and let go once a local livestock barn sent help to safely transport the horse.

Police said the horse, which is well-trained and worth $15,000, safely made it to the Stockyards.

The driver said the truck that can pull the trailer wouldn’t start, so he put the horse in the bed of this pickup truck as an alternative.

During the traffic stop, officers noticed the horse’s back hooves were almost completely off the back of the truck and the horse was only secured by its reins.

KTRK said the officers will be presenting a completed case report of cruelty to animals to the Polk County District Attorney’s Office for review and possible charges.