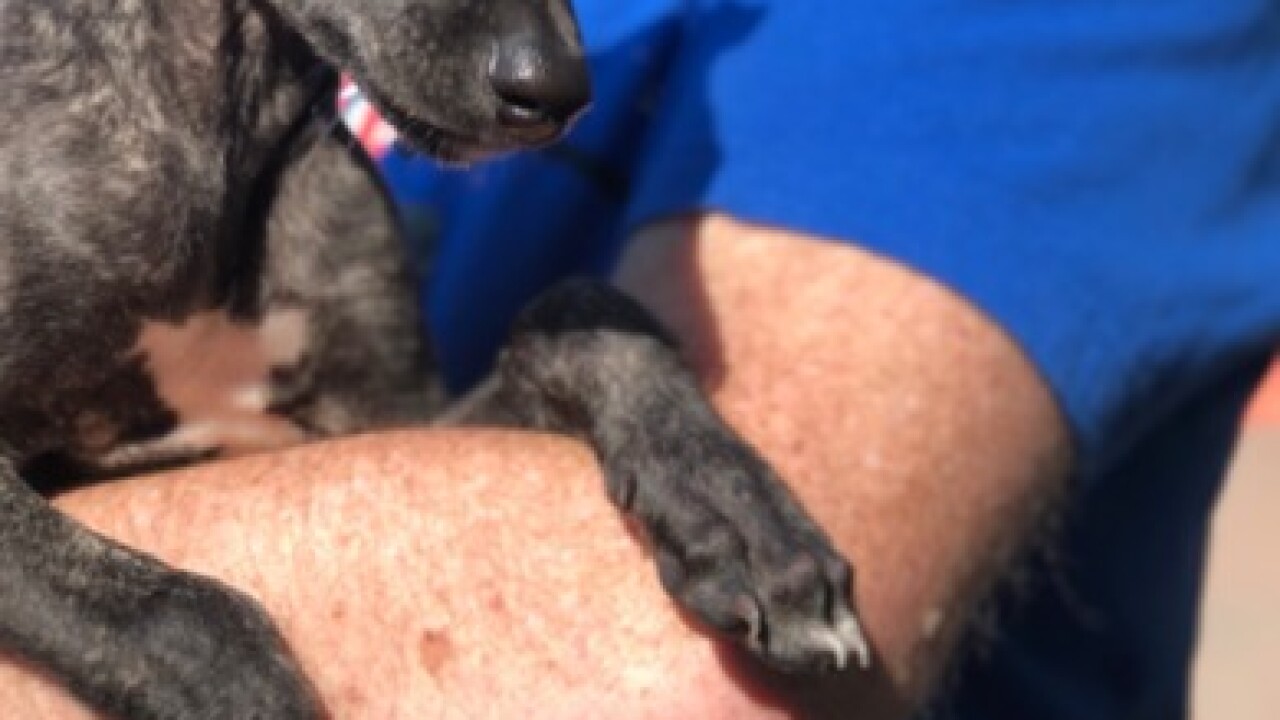 The dogs were on the way to Detroit when an airline employee stole a plane at Seattle-Tacoma International Airport, resulting in the delay of several outbound flights.

A Michigan volunteer was stuck at the airport with the nine puppies, which brought peace to a chaotic situation.

“We knew something was happening at the airport, we didn’t really know,” said Steve Heim, a Detroit Metro Airport employee.

Heim volunteers with an animal rescue and was in Seattle Friday to bring nine Spanish greyhound puppies to metro Detroit. He was taking a red-eye and quickly realized something was wrong at the airport. An airline employee had stolen a plane on what officials say was a suicide mission.

He knew his flight and many other flights would be delayed due to the incident. But he was traveling alone, caring for nine puppies at the airport, waiting for the next flight which was more than six hours later.

“People were yelling and screaming at all the customer service agents," Heim said. "People were crying. There were thousands of people in the airport.”

That's when the puppies came out of the crate and Heim said passengers flocked to them for comfort.

“It was nice because nobody will remember what they were really there for just a moment or what had happened,” Heim said.

A GoFundMe page has been set up for the puppies here: www.gofundme.com/spanish-galgo-rescue