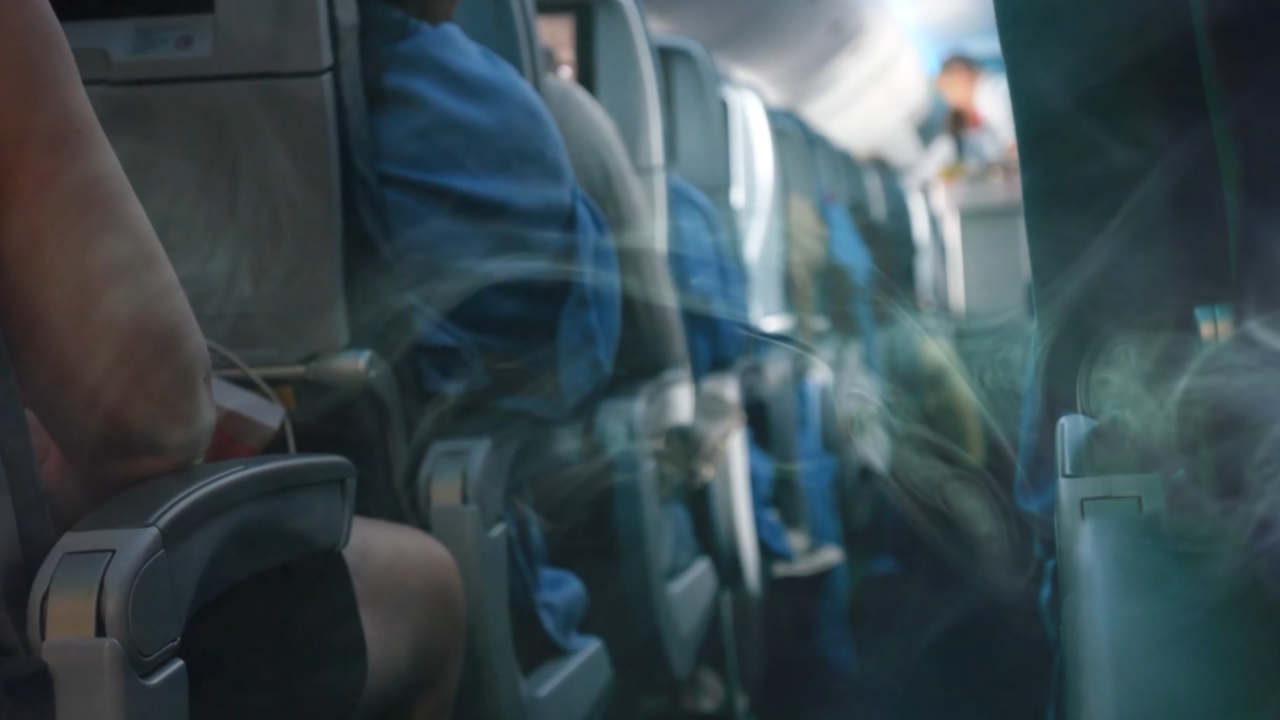 For Tammi Fitzgerald, being a flight attendant was an adventure. So much so, she thought she’d never want to retire from American Airlines.

"I don't think there's a flight attendant out there that doesn't have a love affair with what they are doing," Fitzgerald says.

But things took a turn after a strange incident in 2010. While on one flight, Fitzgerald says she smelled an unusual odor that made her sick.

"My eyes were watering,” she describes. “I had a headache that was like on the front of my head, and it was just a bass drum and my nose started dripping."

Fitzgerald compared the smell to the odor of moldy socks.

Since then, Fitzgerald says she experienced several of what the airline industry calls "fume events.”

"It's like kind of sticking and exhaust pipe out your car into your cabin and not doing anything about it," says Dr. Susan Michaelis, an aviation health and safety consultant.

Michaelis, a former pilot, has a PHD in safety science. Some of her research on fume events has been published by the World Health Organization.

Some experts say fume events happen because part of the air passengers breathe is pulled through the jet's engine. If it mixes with oils and chemicals and then goes into the cabin, they say it can make people sick.

According to research done at Kansas State University, there are on average five fume events a day in the U.S.

Judith Anderson with the Association of Flight Attendants worries it's a larger problem.

"Because airlines are not required to report what are called fume events when they happen on the ground, that estimate of five or so per day is an underestimate of what's actually happening," Anderson says.

Boeing disputes this, saying “cabin air is safe to breathe" and "exposure to trace levels of organophosphate contamination" is not harmful.

"The initial symptoms can be flu-like symptoms, stomach cramping so you might think, ‘I’m coming down with something,’” Anderson says. “Many people report symptoms consistent with exposure to carbon monoxide gas, like headache, dizziness, fainting, disorientation, those sorts of symptoms."

American Airlines told us they train crews to report fume events. Southwest says they use the modern Boeing 737, which has systems to keep the cabin safe. JetBlue didn't have an answer to our questions. Several airlines didn't respond at all.

As for Fitzgerald, she says she had to take leave from her job because of fume events, and she eventually retired. Medical records show she was suffering from inhalation irritation.

Fitzgerald says she’s still dealing with health issues and wants others to be aware.