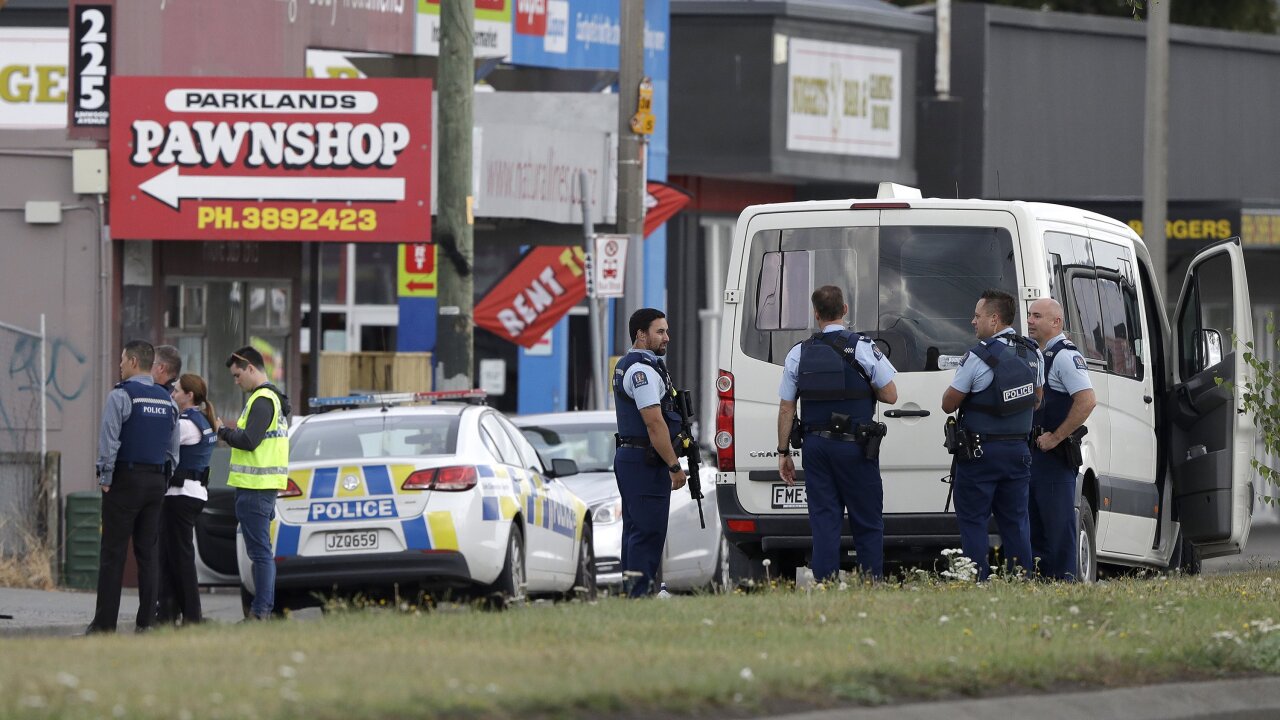 At 1:41 p.m. on March 15, cars stream up and down Deans Avenue in the New Zealand city of Christchurch and pedestrians stroll casually along the sidewalk.

Security camera footage obtained from the owners of a hotel on the street shows what, at that moment, seemed like a regular Friday.

But the subsequent footage of the small hotel parking lot, which some pedestrians crossed to access the Al Noor Mosque, located roughly 300 meters (984 feet) to its north, reveals important details about the deadliest terrorist attack in New Zealand's modern history, including that the suspect stopped at least once along the way to open fire on pedestrians.

The hotel's owners tell CNN they shared the footage with the New Zealand Police. Asked about the video, a member of the Police Media Team told CNN: "The investigation into the circumstances of the attack are ongoing and we are not in a position to comment on anything that may be evidential."

The sound of a gunshot rings out at 1:42 p.m., a man walking his bicycle and another man dressed in a green blazer don't even flinch.

At 1:45 p.m. on the camera's time stamp, a series of gunshots ring out in the distance. And yet two men dressed in traditional shalwar kameez dress stroll through the parking lot, possibly on their way to the Al Noor Mosque for Friday prayer.

Less than a minute later, two more loud gunshots are heard, prompting two other men -- one of them is the man in the green blazer -- to run away from the direction of the mosque.

The man in the green blazer ducks behind a row of shrubs that line the hotel's parking lot, as cars continue to stream past on Deans Avenue.

When another gun shot rings out, he yells "go" and starts running down a side street.

A police siren wails at 1:46 just as the two men in shalwar kameez walk back into the parking lot from the direction of the mosque.

Seconds later, a silver Subaru Outback pulls to a stop at the entrance of the hotel parking lot.

The driver honks his horn twice, prompting the older man to turn toward the vehicle.

Suddenly, the passenger side front window shatters, as the driver appears to shoot from a distance of just two or three meters at the pedestrian, who falls to the ground and crawls away.

The suspect was in such a rush, he didn't even bother to roll down his window before shooting.

The security camera footage also appears to back up statements by New Zealand Police Commissioner Mike Bush that "within six minutes of police being called ... armed police staff were on the scene."

Police say there was a single gunman who first attacked the Al Noor Mosque and then targeted the Linwood Mosque, roughly 13 minutes away, by car.

It is still 1:46 p.m. as the car disappears from the security camera's lens.

Police tell CNN they apprehended the suspect 21 minutes after the first emergency call, at 2:02 p.m., on Brougham Street.

The suspect's rampage lasted less than half hour. But swift police intervention wasn't enough to stop this determined killer from claiming at least 50 lives .