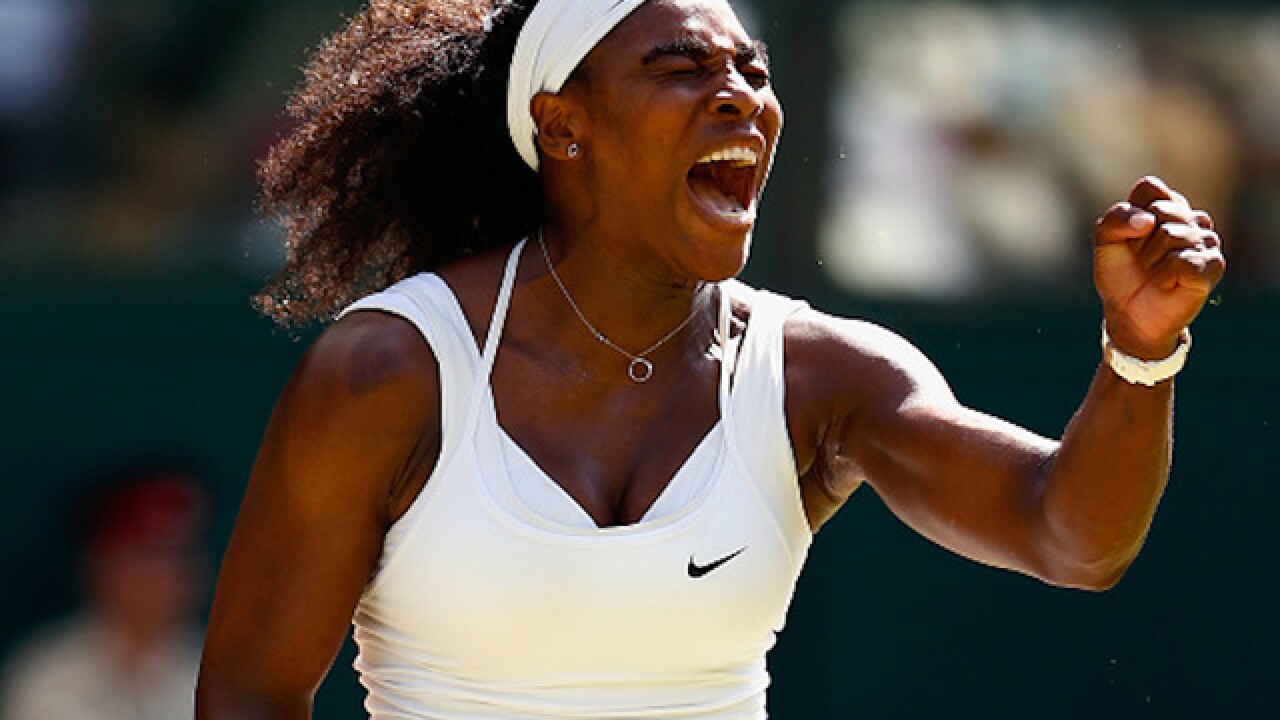 Image copyright 2017 Getty Images. All rights reserved. This material may not be published, broadcast, rewritten, or redistributed.
Julian Finney
<p>LONDON, ENGLAND - JULY 11: Serena Williams of the United States celebrates winning a point in the Final Of The Ladies' Singles against Garbine Muguruza of Spain during day twelve of the Wimbledon Lawn Tennis Championships at the All England Lawn Tennis and Croquet Club on July 11, 2015 in London, England. (Photo by Julian Finney/Getty Images)</p>

(CNN) -- Serena Williams has responded to John McEnroe's claims that she would struggle on the men's tennis circuit by telling her fellow American to "keep me out of your statements that are not factually based."

Seven-time grand slam winner McEnroe reopened an age-old debate by telling US radio station NPR that Williams would "be like 700 in the world" if she played on the men's Tour.

Williams, winner of 23 grand slam singles titles and the only woman in Forbes' list of the world's 100 highest paid athletes in 2017, announced in April she was expecting her first child.

Reacting to McEnroe's comments, the 35-year-old tweeted: "Dear John, I adore and respect you but please please keep me out of your statements that are not factually based.

"I've never played anyone ranked 'there' nor do I have time. Respect me and my privacy as I'm trying to have a baby. Good day sir."

McEnroe, 58, emphasized that Williams was "an incredible player" and the "best female player ever -- no question."

Neither did he rule out that a female player would one day be able to outshine the world's best male players, saying: "Maybe at some point a women's tennis player can be better than anybody.

Ranked 700 in the world on the men's Tour is Issam Haitham Taweel of Egypt, a 27-year-old with no career titles, while Russia's Dmitry Tursunov is a place below him in the rankings.

Tursunov, 34, told the BBC that he hoped that he would beat Williams were they to ever play each other.

"It would be a similar argument to: who would run faster, the fastest woman or the fastest man? Tennis is becoming more and more a physical sport, so it's going to be hard for a woman to beat the men," said the former world No20 who has won seven career titles.

"It's not black and white, there are lots of factors to take into account. Physically I might not be in the best shape of my life but as an overall package I'm much better than my ranking would suggest. She is pregnant, and I'm not.

"I've never heard John say anything absolutely stupid - he knows his stuff. What he said about her being an incredible player is correct -- explosive, powerful and she puts in a lot of work. But I would hope that I would win."

Williams, one of the greatest athletes of her generation, has said she will make her tennis comeback next year.