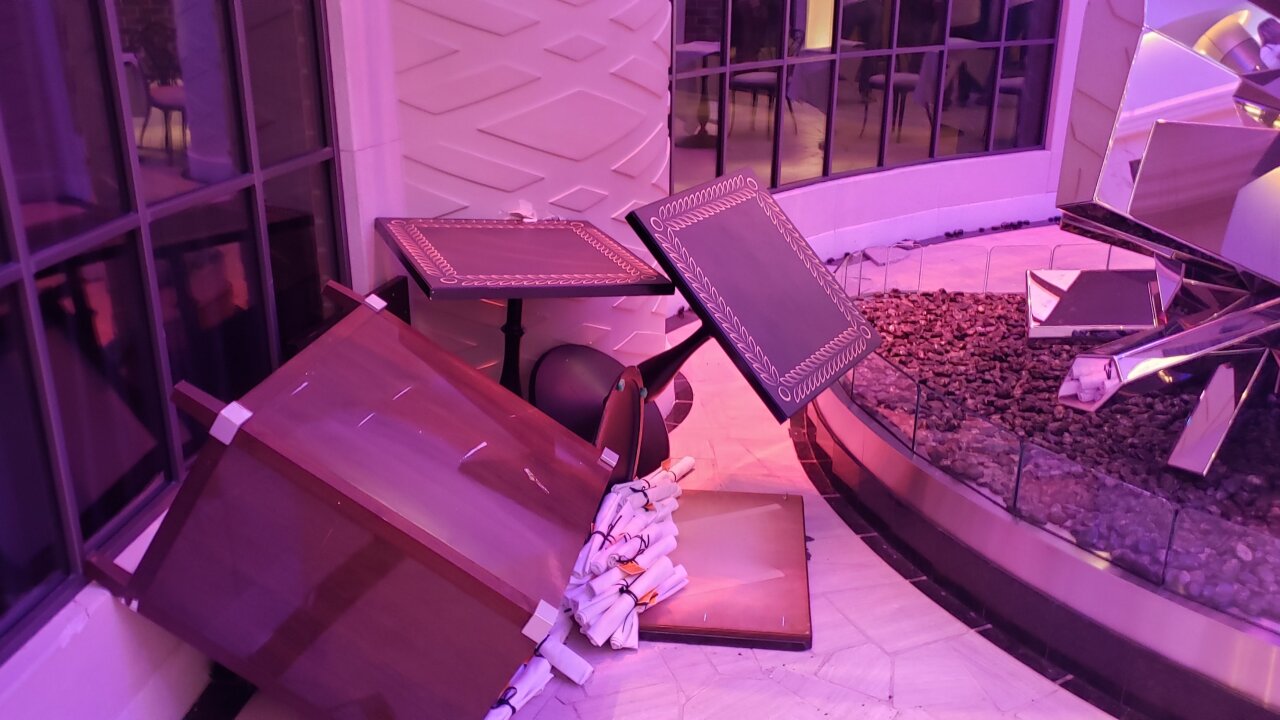 There was no warning. One moment passengers were sitting at a piano bar on their huge cruise ship slipping through the water off the East Coast and seconds later the ship started tilting.

It went from curious to scary as bottles crashed off shelves and furniture began to slide across the floor.

The Norwegian Cruise Line's Escape, a passenger ship capable of cruising with 6,000 people, was pushed suddenly Sunday night by a gust of wind about 115 mph, a burst similar to the wind of a Category 3 hurricane.

Several passengers and crew members were injured, the company said Tuesday without giving specific numbers or detailing the nature of injuries. Medical teams on board tended to the injured.

About a dozen ambulances were at the port when the ship arrived at Port Canaveral, Florida, on Tuesday morning, CNN affiliate WESH reported.

'Suddenly everything ... was starting to move'

Passenger Aaron Black was at the piano bar on the ship just before midnight Sunday when the ship started to tilt. Tables, chairs and passengers slid across the room, as other passengers watched. Screams, shattering glass and sliding items can be heard in the footage Black recorded.

"I remember thinking about how calm it was for sailing out of New York in March and suddenly we got hit by a large gust of wind and the whole ship kind of just tilted to the side for about 30 seconds," he said in a video he recorded from aboard the ship Tuesday afternoon. "Suddenly everything around me was starting to move."

At one point in the video two people struggle as they try to cross the floor.

Black said he has been on many cruises.

"So I was used to some movement, but it was a very surreal escalation to 'Oh this is normal' to 'This is very unusual and probably shouldn't be happening,'" he said Tuesday in a video sent to CNN.

Black said the ship's crew was awesome and had put things back in place as the ship sailed to port, so it appeared as if nothing had happened.

Ship readies for next trip

There was no damage to the vessel, which arrived at Port Canaveral.

The ship is due to leave as scheduled on its next voyage on Tuesday at 9 p.m. ET for the Bahamas, the company added.