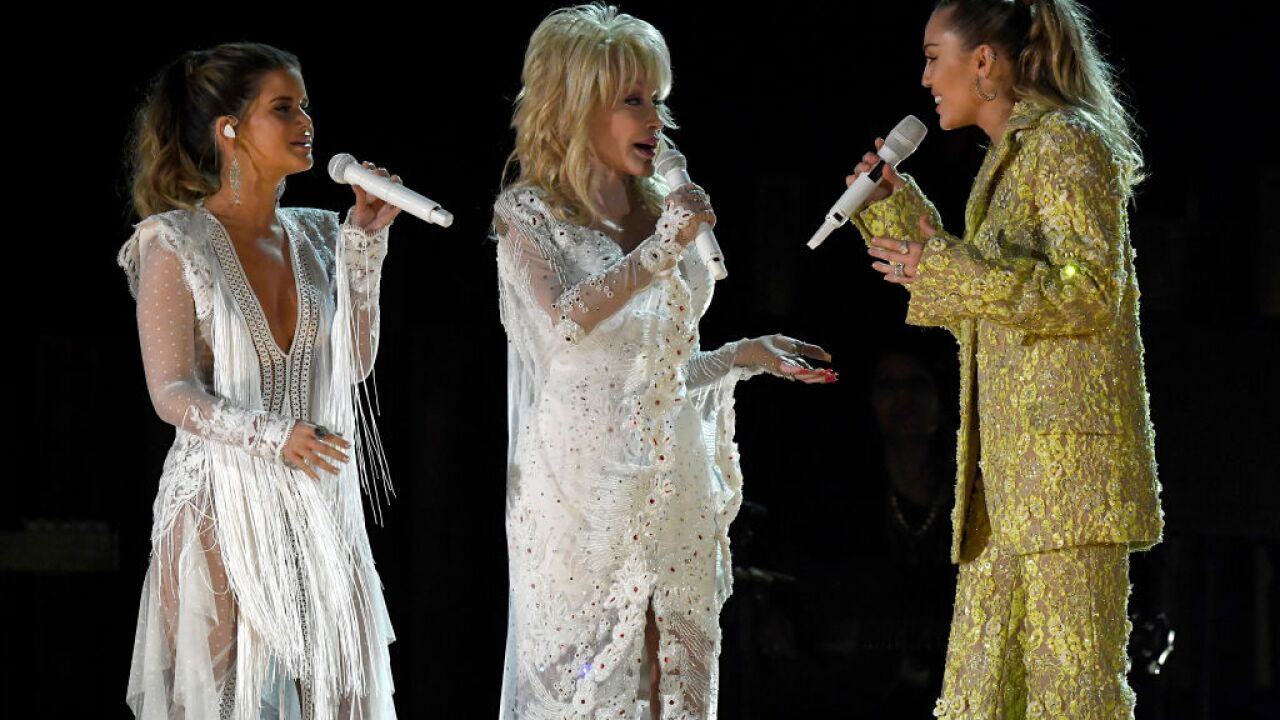 Singer Dolly Parton was recognized last week by the FBI for her efforts to provide financial support to families affected by wildfires that ravaged parts of eastern Tennessee in 2016.

At a ceremony on Friday at the FBI Headquarters in Washington, Director Christopher Wray honored Parton with the 2018 Director's Community Leadership Award, which was accepted on the singer's behalf by David Dotson, the CEO of the Dollywood Foundation.

In 2016, the country singer and eastern Tennessee native used her foundation to raise money for victims of the wildfires that claimed more than a dozen lives and destroyed hundreds of structures. The fires spared Parton's famed Dollywood theme park in Pigeon Forge.

"After the Gatlinburg wildfires, Sevier County native Dolly Parton decided to help her hometown neighbors who had lost everything," the FBI said on its website. "Parton and the Dollywood Foundation provided $10,000 to each of 900 families. The donations brought renewed hope to a community devastated by the worst natural disaster in Tennessee history."

In a taped address to the FBI, which doled out the award to 57 other recipients from across the country, Parton said she was honored to be recognized by the agency "because there's no higher calling than your mission to protect and serve us."

"And to my fellow recipients, thank you for all you do for our communities. Your work inspires all of us," she said.

In a CNN essay penned by Parton in 2017, she said of her fundraising efforts: "I'm as proud of being part of this, helping my people, as anything I've ever done in my life."

"And our next step is to continue to look at what's ahead for everyone and our long-term recovery here," she added.

Parton is well known for her philanthropic efforts. In 1995, she started the Imagination Library in honor of her father. The charity sends free books every month to preschool-aged children and has distributed almost 85 million books in the United States, United Kingdom, Canada and Australia.