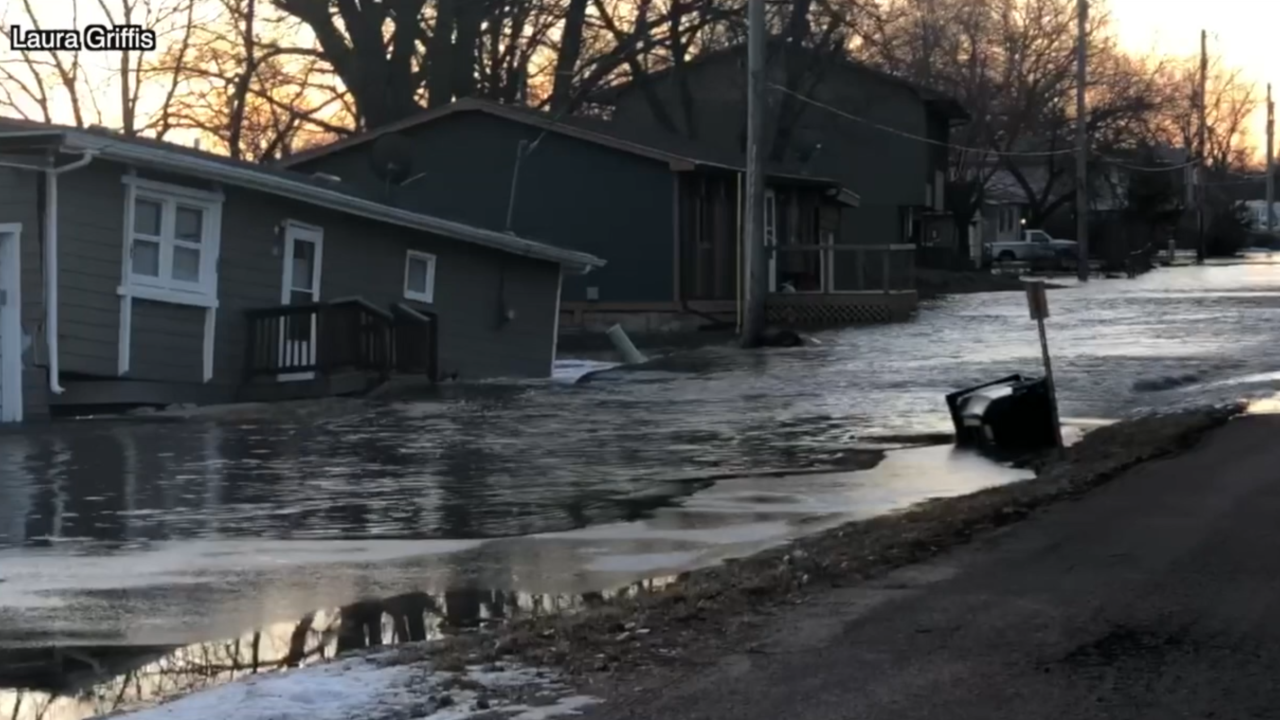 People in Nebraska are dealing with historic flooding, with dozens of cities declaring emergencies.

For the last few days, private planes offered by volunteers were some of the only ways in or out of areas hit by severe flood waters.

From the air, the scope of the devastation around Fremont, Nebraska, could be seen.

Pavement was torn to pieces and country roads were washed away. In its place were raging rapids.

"So, we're trying to rebuild the road, and most importantly, stop the water,” says caterpillar operator Mitch Sawyer.

It’s not an easy task. But to make it even more difficult, crews are racing against time to repair it before flood waters potentially rise again.

Lifelong Fremont residents are heartbroken by what they’ve seen.

"By the time this is all over, you'll hear a lot of sad, sad stories,” says resident Russ Calloway.

Resident Laura Griffis is one resident deeply impacted by the flood. She owns a lakefront community of homes.

Out of 37 homes on the lot, she estimates 15 may be uninhabitable. But this is about much more than finances.

"You know what? I have a dry house in town. They don't,” she says, as tears fill her eyes. “They're all displaced.”

No matter their level of pain, the residents of Fremont agreed on one thing: Fremont’s people were there for each other.

“I’ve met people that I never knew. And that's what it’s all about: people coming together, right? Coming together as one,” Griffis says.