Smoke from wildfires is polluting parts of the West 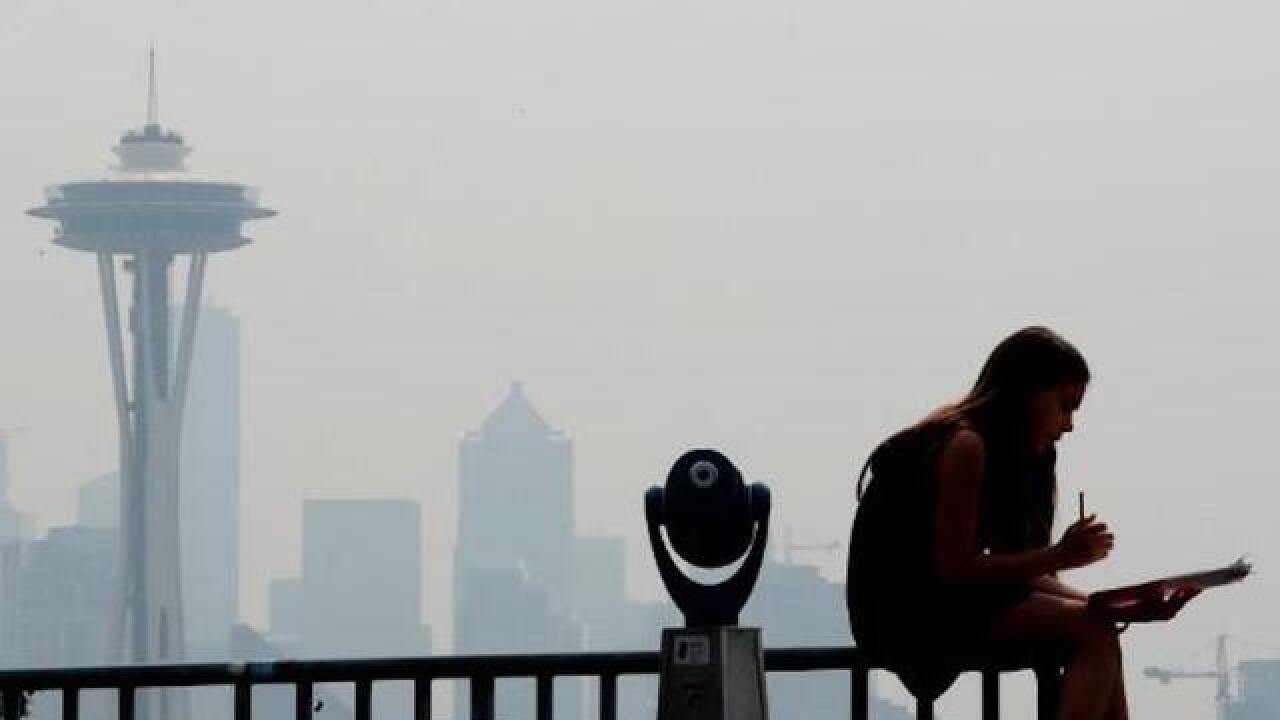 The deadly wildfires are not only destroying homes and burning everything in their path -- but they're also causing poor air quality.

On Tuesday, a thick haze blanketed parts of the Northwest, including Seattle, as fires across the border in Canada burned.

The smoke that is blanketing Washington, Oregon and California is smoke coming from the wildfires burning in British Columbia, according to the National Weather Service Seattle.

Air quality advisories are in effect for portions of Washington and Oregon, according to the NWS.

The air quality was considered unhealthy in western parts of Washington.

The unhealthy level on the Air Quality Index means that everyone could experience health effects, with possibly more serious health issues for children, seniors and people with medical conditions. Wildfire smoke can include particles from burning vegetation and building materials mixed with gases.

By Wednesday, the air quality should improve, according to a tweet from the Washington State Department of Natural Resources. But the wildfire smoke was visible from space as it covered parts of Washington on Tuesday.

Also out West, firefighters are battling a lightening-caused fire at the Glacier National Park that prompted evacuations and destroyed several structures.

California has 11 large fires, BC has nearly 600 wildfires

Also on Tuesday, Yosemite Valley, which had been closed for nearly three weeks due to a fire, reopened to visitors Tuesday.

But Yosemite National Park's website warned of poor air quality and visibility at times due to the Ferguson Fire.

In British Columbia, more than 10,000 homes across British Columbia are on alert to evacuate due to the nearly 600 wildfires burning, BC Wildfire Service spokesman Kevin Skrepnek tells CNN.