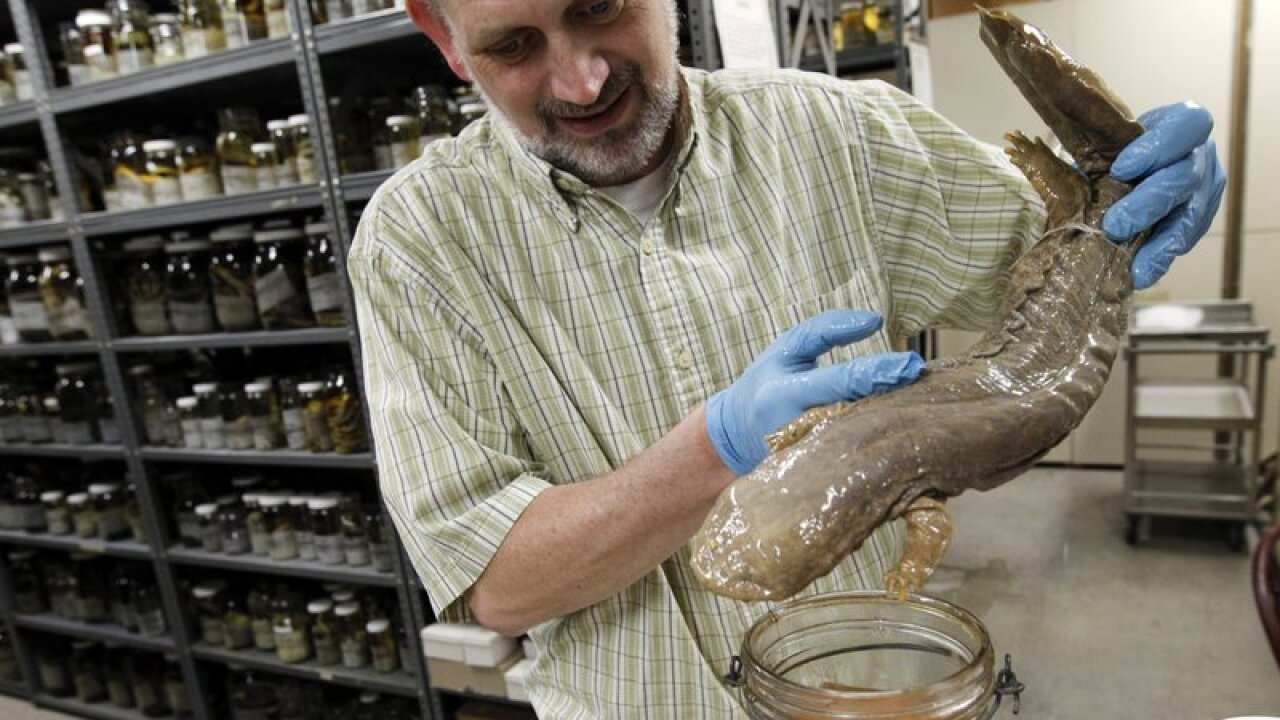 (AP Photo/Alex Brandon, File)
In this March 23, 2012, file photo, Ned S. Gilmore, collections manager of vertebrate zoology, shows a hellbender salamander in the collection at the Academy of Natural Sciences in Philadelphia. Pennsylvania is getting an official amphibian, a nocturnal salamander that can grow to be more than two feet long. The House voted 191-6 on Tuesday, April 16, 2019, to grant the honor to the Eastern hellbender, and Gov. Tom Wolf&#39;s office said he plans to sign it.

Members of the Chesapeake Bay Foundation’s student leadership council have spent three years campaigning to get it designated as the state’s official amphibian, helped by Lycoming College’s Clean Water Institute.

Wolf says the most recent official designation of that type in the state occurred in 1974, when the firefly was named Pennsylvania’s official insect.