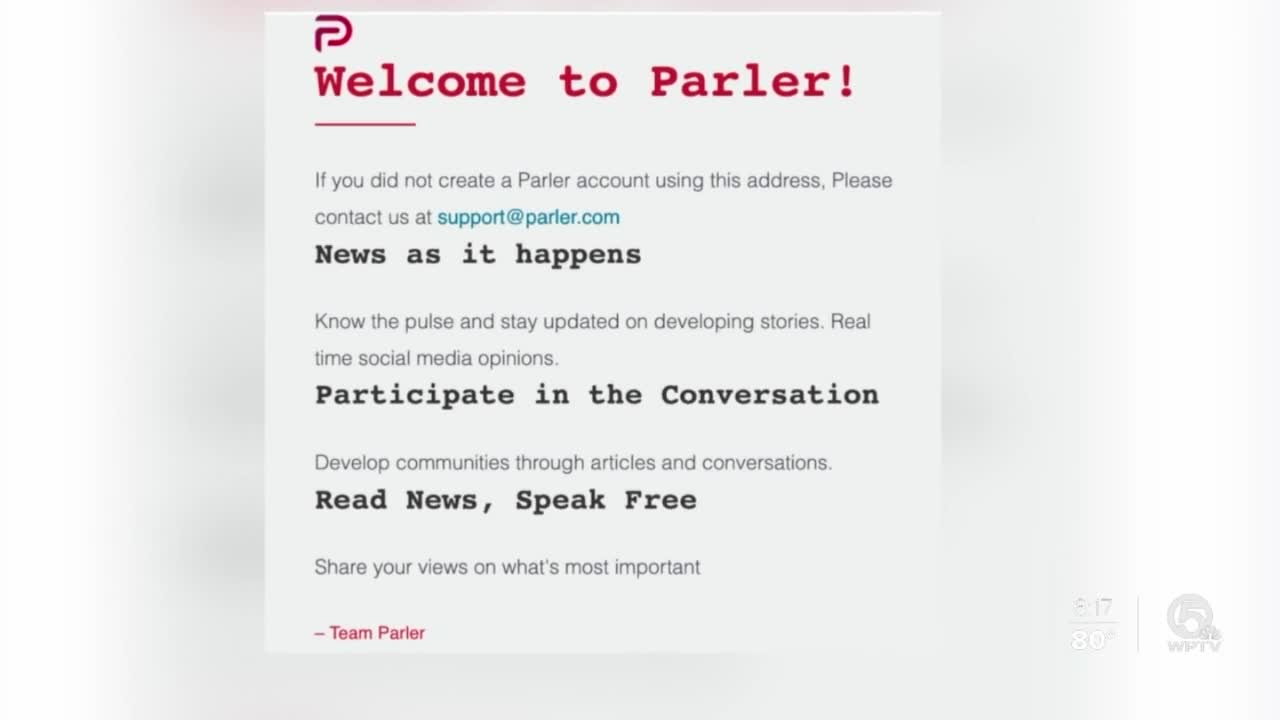 More and more Americans like Jupiter resident George Borowski are turning to the social media site Parler to share their political views.

Parler, an app launched in 2018, is now gaining popularity with some supporters of President Donald Trump in the wake of the election.

"My viewpoints are clearly being suppressed," George Borowski, who lives in Jupiter, said. "You can't tell me they're not."

Borowski is a Parler user. He said his posts on traditional social media have been flagged.

"You put us on this island where it's like, 'No, no, you guys are in some sort of echo chamber,'" he said. "Um, no, I think what's happening is there is an echo chamber and Facebook is the echo chamber."

Parler is an app gaining popularity with some on the right of the political aisle.

"We feel very much our voices aren't being heard and we can't have these conversations in this country," Borowski said. "You feel this suppression, so Parler was born out of this thought where you can go and not be censored."

This surge in popularity follows recent efforts by Twitter and Facebook flagging what they claim is misinformation on their platforms.

"As a lot of tweets and a lot of Facebook posts from Donald Trump and his allies and even his family have been flagged on Facebook and Twitter from containing false information and inaccurate information about voter fraud from the previous election," Andrew Selepak, a social media professor at the University of Florida, said. "So what we're looking at is a lot of people who want to discuss this, and discuss it freely without posts being flagged, banned and not being able to be shared."

Selepak said Parler has a fraction of users compared to Twitter and Facebook, but he noted the growth can't be ignored.

"The number of accounts in the past week has now doubled and we're looking at about 8 million users, which is a pretty significant jump for a platform that has only been around for about two years," he said.

Selepak said critics of the platform call it an "echo chamber."

"We've seen posts by QAnon or the Proud Boys or the Bugaloo that have been taken down and their accounts have been blocked by other platforms like Facebook and Twitter, and they're now able to go on Parler and be able to discuss topics and kind of spread information and ideologies, and that is creating some danger," he said. "Is there not any way to regulate it or have somebody checking on the misinformation being spread?"

Selepak believed the lack of disagreement will ultimately limit growth.

"It's about the debate, discussion," he said. "People want to win. They want to convince the other side that they're right, but if everybody agrees, there is not the interaction, not the debate, not the discussion, argument, and that is going to prevent it from being very popular."

Selepak also stated, "If people from the left are ignoring it, believing it is just a fad or just believes it is this alt-right kind of danger zone, it's not going to get the growth and the active users."

Still, Borowski said Parler is a place where he believes his voice won't be silenced.

"I just want people to understand that there are other people like me out there by the millions," he said.

This story was first reported by Tory Dunnan at WPTV in West Palm Beach, Florida.