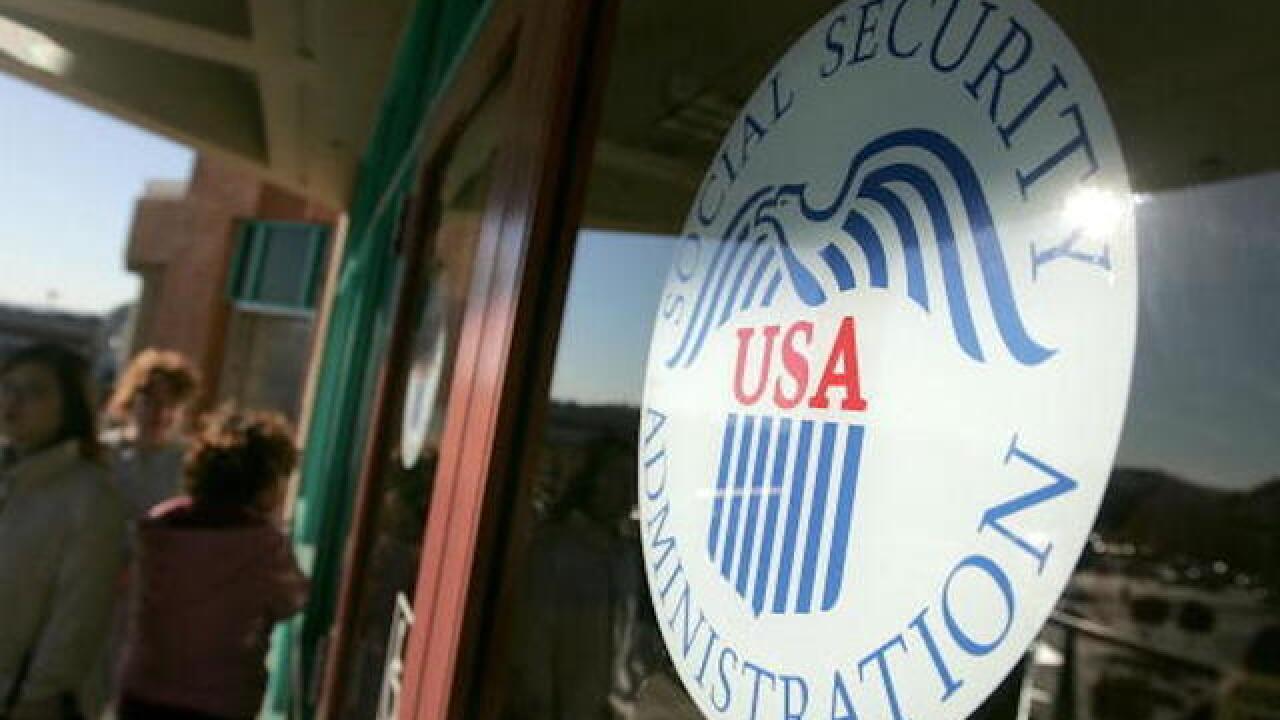 Copyright 2017 Scripps Media, Inc. All rights reserved. This material may not be published, broadcast, rewritten, or redistributed.
Justin Sullivan
<p>SAN FRANCISCO - FEBRUARY 2: People line up outside of the Social Security Administration office February 2, 2005 in San Francisco, California. With an eye on his legacy at the start of his second term, U.S. President George W. Bush has ambitious Social Security reforms on his agenda. His 40 minute State of the Union speech, scheduled to be delivered at 9 p.m. tonight, is thought to be centered on controversial changes to the 70-year-old program. (Photo by Justin Sullivan/Getty Images)</p>

For the second year in a row, US seniors will see increases in their Social Security checks starting in January.

Recipients will get a 2.8 percent boost in 2019, higher than last year's 2 percent increase — which followed years of minimal changes in payments.

The annual cost of living adjustment is pegged to inflation, which has been rising faster over the past year. The upcoming 2019 increase, which will cover 67 million Americans, is the largest since a 3.6 percent hike in 2012.

The announcement from the Social Security Administration comes after the release of the Consumer Price Index for September, which shows a 2.3 percent increase in the cost of all items over the past year. The year-over-year increase in August was 2.7 percent.

Lately, the largest component of rising costs has been housing, with low inventory and a re-emergence of first-time home buyers driving up prices. The CPI's measure of gas prices is also up 9.1 percent since last September.

Senior advocacy groups hailed the increase but said it still wasn't enough to cover the living costs of older Americans.

The Senior Citizens League, a group mostly comprised of retired military veterans, voiced a particular concern in a report released Thursday: that the 5 million Social Security recipients with the smallest monthly payments would effectively see no increase in 2019 after taking into account rising premiums for Medicare Part B, which are automatically deducted from Social Security Checks.

"We need to strengthen and expand Social Security with COLAs that reflect the real expenses seniors face," said Richard Fiesta, executive director of the Alliance for Retired Americans, which is supported by major labor unions.