Some weapons used by ISIS came from US, report shows 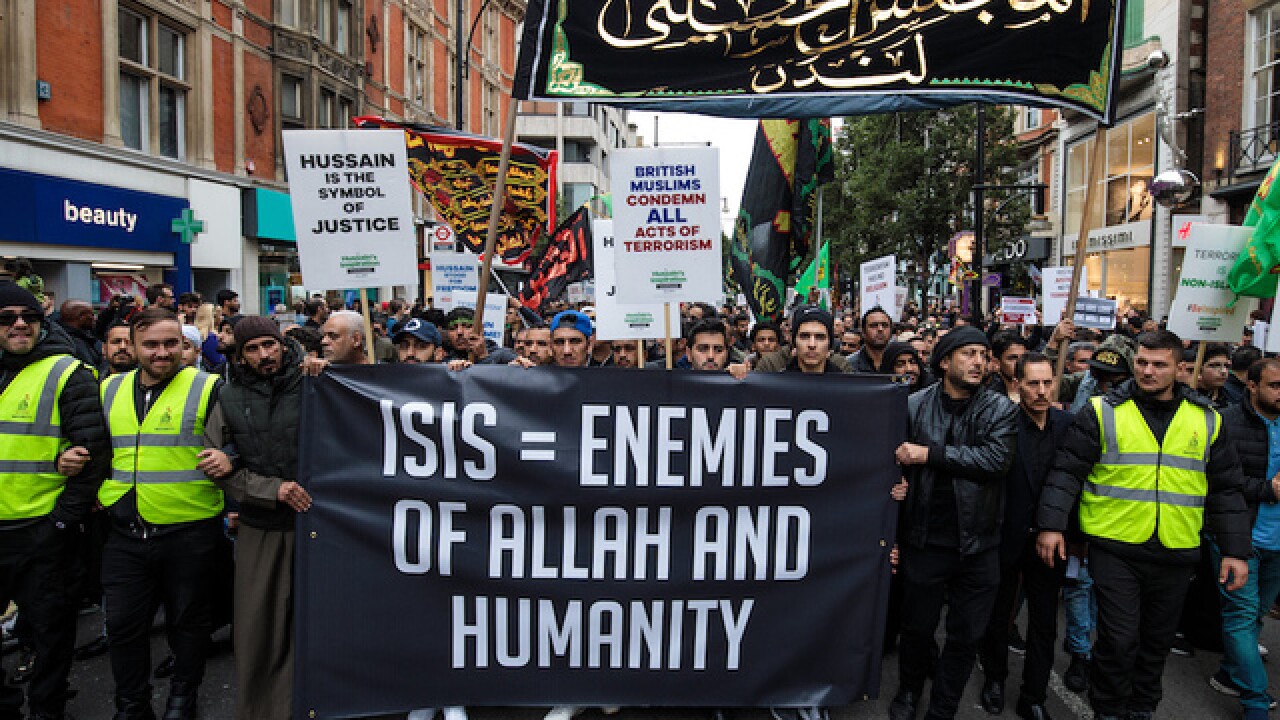 Copyright Getty Images
Jack Taylor
<p>LONDON, ENGLAND - OCTOBER 01: Protesters holding banners and placards demonstrate along Oxford Street during the annual Ashura march on October 1, 2017 in London, England. Thousands of protesters march through London today to mark Ashura and celebrate the defeat of the Islamic State in Iraq and Syria. Ashura is a Muslim festival of remembrance that falls on the tenth day of Muharram in the Islamic calendar. (Photo by Jack Taylor/Getty Images)</p>

The majority of weapons used by ISIS since 2014 originated in China, Russia and Eastern Europe, according to a new report from a Belgian research group that studied the issue.

Conflict Armament Research deployed a team of field investigators across ISIS frontline positions in both Iraq and Syria between July 2014 and November 2017, and analyzed more than 40,000 items recovered from ISIS forces.

Researchers deployed with local forces fighting ISIS, mainly Iraqi government forces in Iraq and Kurdish forces in northern Syria, and studied everything recovered or left behind by ISIS in liberated areas.

The items recovered encompassed everything from weapons, ammunition as well as chemical components procured by the terror group to manufacture improvised explosive devices (IEDs) to be used on the battlefield.

According to the report, the unauthorized transfer of munitions that were originally intended to benefit groups fighting in an already chaotic and violent environment eventually found their way to ISIS.

"Time and again, states that seek to accomplish short-term political objectives supply weapons to groups over whom they exert little to no control," said James Bevan, the executive director of Conflict Armament Research. "These weapons often gravitate to the most organized and effective rebel and insurgent forces."

While 90% of the weapons and ammunition studied originated in China, Russia, Eastern Europe, the report also said some of the weapons that were eventually diverted to ISIS was originally provided by the US and Saudi Arabia to Syrian opposition forces over the course of the conflict.

The report concluded that "international weapons supplies to factions in the Syrian conflict have significantly augmented the quantity and quality of weapons available to ISIS forces -- in numbers far beyond those that would have been available to the group through battlefield capture alone."

At the same time, the report also found instances where weapons deployed by ISIS were found to have been diverted from stockpiles in other conflict regions such as Libya and moved on to Iraq and Syria.

Damien Spleeters, the lead author of the report, said another troubling takeaway is that ISIS "has been able to manufacture their own weapons and IED's on an industrial scale thanks to a robust chain of supply" that began in 2014.

While many of the chemical precursors for these weapons were either manufactured by the same factory, or supplied by the same distributor -- mainly in Turkey -- Spleeters said those distributors serviced many clients, many likely selling products to intermediaries who ultimately worked with ISIS. That allowed the terror group was able to maintain a robust supply chain of weapons.

With ISIS already having lost its two main 'capitals' of Mosul and Raqqa along with other territory it once held in Iraq and Syria, the report found the group still possesses heavier weaponry such as an advanced anti-tank guided weapons and other heavy armor equipment along with sophisticated explosives that still pose a danger to US and coalition forces battling the group.

Most of the weapons and ammunition procured by ISIS was found to have been manufactured within the last decade and delivered to the region since the beginning of the Syrian civil war in 2011.

And with dangerous and chaotic conflicts continuing throughout various locations in the Middle East and Africa, the supply chain of weapons is likely to remain an important focus in the years ahead.

"The main drivers of illicit weapons supplies are not the companies and states that manufacture weapons" the report said, "but the governments and entities that acquire weapons lawfully and subsequently divert them to unauthorized users."