Southeast Texas battered with rain, hit with another round of flooding 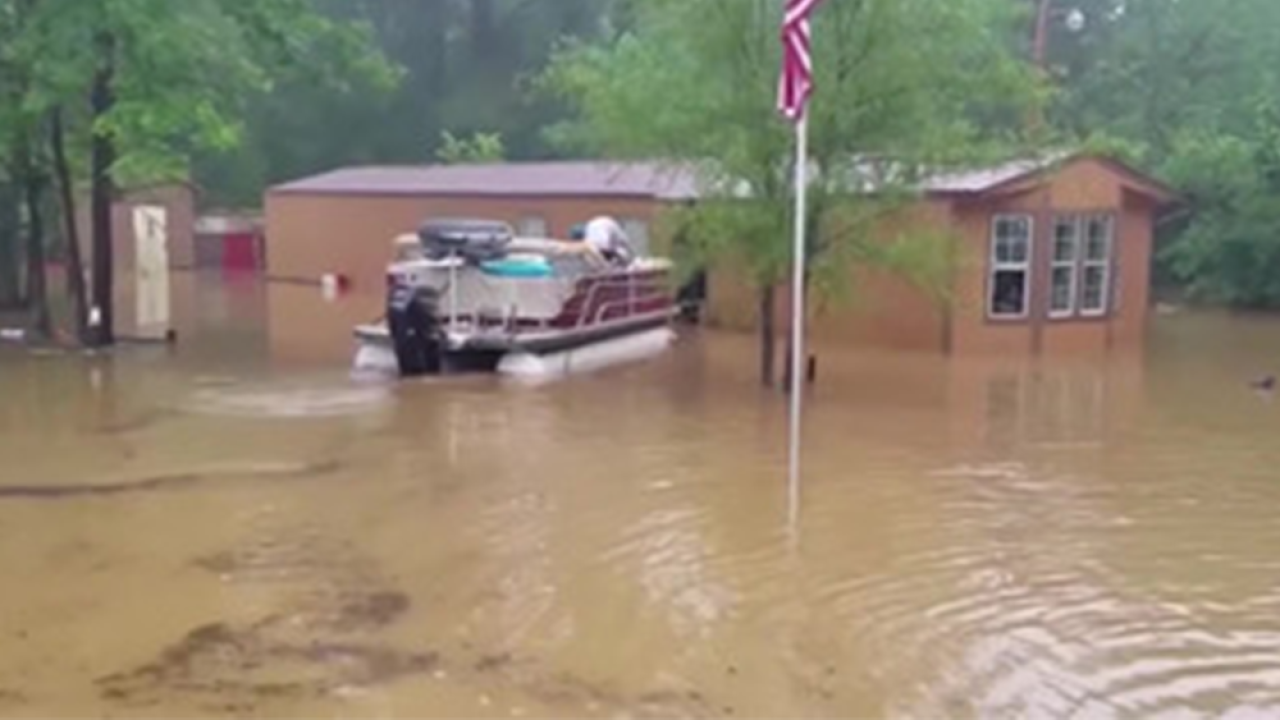 Heavy rain battered southeast Texas as the area was hit with another round of flooding and severe storms. Residents saw ping-pong ball sized hail, lightning and, in some areas, two to three inches of rain per hour on Thursday.

The intensity of the storm brought not only flooding, but power outages and emergency rescues. The Houston Police Department received reports of about 40 people trapped on East Interstate Highway 10 at Wayside by flood waters Thursday and sent a high-water rescue vehicle to the area, the department said.

Video shows vehicles stranded on the interstate, a portion of which is closed in both directions. It is just one of the many roads the Houston Police Department is reporting as closed.

The road remains closed as of Friday morning, but drivers are no longer stuck.

Nearly half of all flash flood fatalities occur in vehicles, Brigham said on Twitter, and two feet of water can float most vehicles.

More than 20 million are under flash flood watch.

The Excessive Rainfall Outlook has been set to high overnight for southeast Texas, according to the Weather Prediction Center.

The storms are pushing toward the Gulf coastline, according to the National Weather Service in Houston.

Water is reported to have reached some homes and businesses and at least four creeks and at least three bayous are presently overflowing, according to data from the Harris County Flood Warning System.

Harris county could see up to a foot of rainfall in some areas, and a judge warned Houston residents to stay off the roads.

Eighteen school districts in the area will be closed or delayed Friday in response. There were more than 102,000 power outages in the early hours of Friday morning, according to CenterPoint Energy. That number has since decreased.

This is the second time this week heavy rainfall has been hazardous to those in southeast Texas.

About 60 students were stranded overnight Tuesday at a Cleveland, Texas elementary school after heavy rains kept buses and parents off the roads, according to Cleveland Independent School District spokeswoman Susan Ard.

Another school district, New Caney Independent, posted on Twitter that it was also unable to transport students home after school, but remained open for parents to pick up their children.

There were 250 calls for high-water rescue to the Houston Fire Department, Brigham said on Twitter Tuesday, and that "hundreds of homes" had been affected by the rising waters.