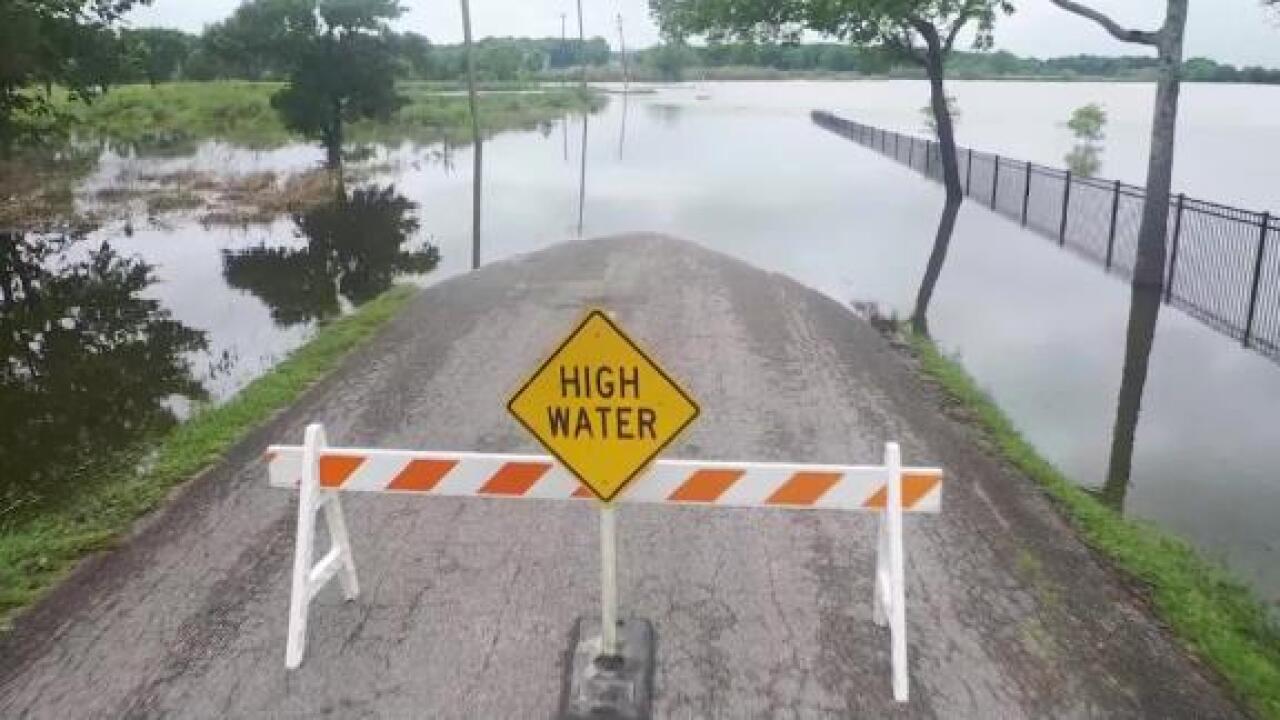 Golfball-size hail, floods and stranded drivers. This is what May in Houston is looking like.

The area may have seen a short break in rain but another round of thunderstorms and showers will hammer Houston early Saturday morning through midday, CNN Meteorologist Derek Van Dam said.

With more heavy rain, there's potential for flash flooding in areas where the ground is already wet, according to the National Weather Service's Weather Prediction Center . There's a moderate risk of excessive flooding for southeastern Texas and parts of Louisiana Saturday, the center said.

The Upper Texas Coast and the Gulf Coast of western Louisiana has received "tremendous rainfall" in the past week, "300-600% of normal rainfall in that time frame," the center said.

The region has seen storms moving over the same location for hours at a time -- known as training -- Van Dam said.

Houstonians will see up to 3 inches of rain Saturday, and areas affected by storms may see heavier showers with up to 5 inches.

Over the weekend, the heavy rain will shift eastward toward Alabama and the southern Appalachians, Van Dam said. As the storm moves east, clusters of storms could produce more flash flood threats, the center said.

"I'm old and I've never seen hail like that before," Donna Aquino told the affiliate on Friday.

Other residents found themselves stranded after roads quickly flooded Friday evening, some opting to spend the night at gas stations, unable to return home.

"I would plead to everybody, if you know there's high water coming up where you are, just stop," one driver told KTRK.

Some drivers that left their cars on flooded streets returned to find their wheels missing.

The Harris County Flood Control District warned low-lying roads may be impacted by water coming out of the San Jacinto River -- which has crested and is now falling -- at US 59.