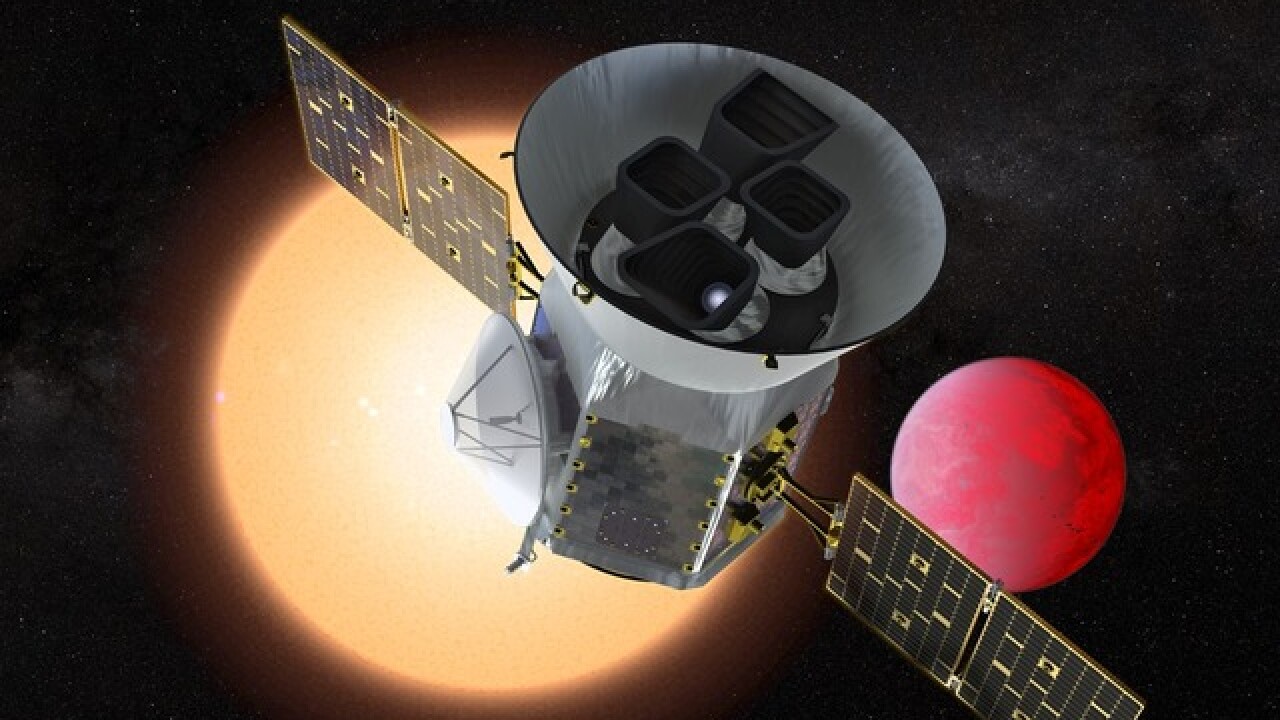 SpaceX wants to compete with its arch rival in the lucrative business of launching ultra-heavy satellites into space. That's why the second-ever launch of its Falcon Heavy rocket — and the first to carry a payload for a paying customer — will be a key milestone for SpaceX .

Falcon Heavy will vault a pricey communications satellite into orbit for Saudi Arabia-based Arabsat. Liftoff was scheduled for Wednesday evening from Kennedy Space Center in Florida , but SpaceX postponed the launch. It said in a tweet that the next launch opportunity is Thursday.

SpaceX's Falcon Heavy is by far the most powerful operational rocket in the world. And with a sticker price of $90 million, it is also about a third of the price of its closest competitor, United Launch Alliance's Delta IV Heavy .

Falcon Heavy has already been chosen for a few contracts, including a $130 million contract to launch an Air Force satellite that was awarded just four months after its inaugural flight in February 2018.

The rocket is expected to be used primarily for US military missions, and to launch spy satellites and hefty commercial telecom satellites .

Falcon Heavy's debut flight last year attracted massive attention, in part because CEO Elon Musk decided to launch his own luxury Tesla Roadster as the test payload. The car, which was carrying a space-suited mannequin nicknamed Starman, was vaulted into outer space and is expected to orbit the sun for the foreseeable future.

Thousands of people came to SpaceX's launch site in Florida to watch the spectacle. Even more watched a stream online.

Part of Falcon Heavy's appeal is the fact that its hardware is reusable. It has three rocket boosters, which are strapped together during launch and are designed to then break apart and make pinpoint landings back on Earth. The boosters can then be refurbished and used again, which SpaceX says drastically reduces the cost of spaceflight.

When the rocket flew last year, its two side boosters made synchronized landings on side-by-side ground pads in Florida. But the middle booster missed a seaborne platform it was designed to land on, and instead splashed into the ocean. SpaceX is expected to attempt to land all three this week.

The satellite SpaceX will launch on Wednesday will update satellite coverage for Arabsat, which is based in Riyadh and delivers hundreds of television channels and radio stations to homes across the Middle East and North Africa.

Lockheed Martin built the satellite, along with a second one, for Arabsat as part of a batch of contracts worth $650 million. When Arabsat announced the contracts in 2015, it said at the time that it planned to launch the Arabsat 6A satellite aboard Falcon Heavy.

That was back when SpaceX was still expected to test Falcon Heavy later that same year. Before the rocket finally launched more than two years later, Musk suggested to several news outlets, including CNN, that the rocket could explode.

Musk's casual mentions of a potential explosion spooked Arabsat executives, according to Bloomberg . SpaceX chief operating officer Gwynne Shotwell flew to Saudi Arabia to reassure them that the Falcon Heavy would be reliable.

Though Falcon Heavy's inaugural launch ultimately went off without a hitch, SpaceX will now have to repeat that success with the added risk of carrying a multimillion dollar satellite.

The version of the Falcon Heavy that will fly this week will not be exactly the same as the previous mission: The Falcon Heavy's rocket cores will be more powerful, making use of upgrades to SpaceX's smaller workhorse rocket, the Falcon 9.

Falcon Heavy is not expected to fly nearly as often as its smaller counterpart, which has completed more than 20 missions since last February. Falcon Heavy only has five missions on its manifest so far.