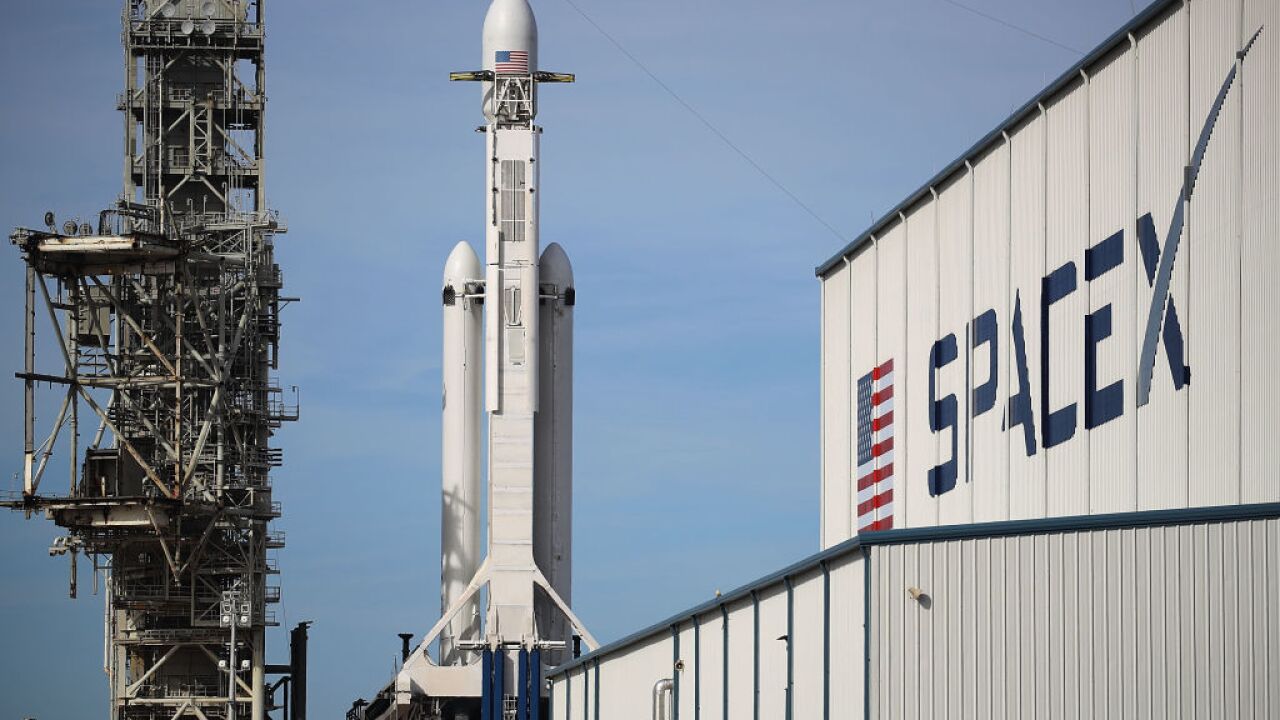 SpaceX wants to beam cheap broadband internet all over the planet. It's about to take a big step toward making that a reality.

Elon Musk's rocket company will try to deliver a batch of 60 satellites into low-Earth orbit on Wednesday, the first for a megaconstellation of satellites that SpaceX is calling Starlink . Liftoff is scheduled for 10:30 pm ET from Cape Canaveral, Florida.

The launch is a small part of what SpaceX ultimately wants to be a much grander project: a group of potentially thousands of satellites swirling over Earth that the company says could eventually make available low-cost internet for a significant portion of the world's population that isn't yet online.

If SpaceX is successful Wednesday, the launch would mark the largest test yet for any company attempting such a project. It could even set SpaceX up to beat out competitors like Amazon and SoftBank-backed OneWeb , which each want to form internet constellations of their own.

The project is still in its early days. Musk told reporters during a conference call Wednesday that the satellites in the first batch will be virtually identical to the mass production version. The only feature they lack is the ability to communicate with each other while in orbit.

"There is a lot of new technology here, so it's possible that some of these satellites may not work," Musk said.

Getting the full constellation up and running will likely cost billions of dollars, and Musk has conceded that such efforts have bankrupted others, like the satellite operator Iridium . But when asked about SpaceX's funding, he said the company has "sufficient capital" to carry out its plans. He added that SpaceX's latest funding round attracted "more interest than we were seeking." In April, the company sought to raise about $400 million.

Right now, internet is mostly delivered via wireless cell towers or cables routed to your home or office. That leaves extremely rural or impoverished communities without affordable access. There are options for satellite-based internet, but those services are notoriously slow, expensive or unreliable. (The Wi-Fi you get on board a transatlantic flight, for example, is delivered from satellites.)

The biggest problems with satellite-based internet service right now are that it's too pricey for common consumers, and the satellites are so far from Earth that they have frustrating dial-up era lag times .

SpaceX is one of several companies that wants to overhaul internet delivery. The idea is to put up tiny satellites that stay in orbit much closer to home. In low-Earth orbit, though, satellites blaze across the sky extremely quickly — which is why a massive "megaconstellation" is needed, so as to blanket the lower altitude and avoid service interruptions.

SpaceX has competition from other heavily funded companies. OneWeb and Amazon are the big ones, but there are also lesser known companies, like LeoSat and Telesat.

Amazon unveiled its Kuiper Project plans last month. And rival OneWeb, which has attracted billions in investment from companies including SoftBank and Qualcomm, already has the first six satellites of its constellation up.

A successful launch Wednesday would "surely put SpaceX in the lead," said Shagun Sachdeva, an analyst at Northern Sky Research.

But Sachdeva has raised questions about whether SpaceX is wise to plan a constellation of satellites that could eventually total 12,000.

She expects the company will reach a tipping point at which deploying new satellites will no longer be worth it. For example, the company won't get much benefit out of providing full coverage over the oceans.

"It is crucial to recognize the point where" the costs start to outweigh the benefits, she wrote in a recent report.