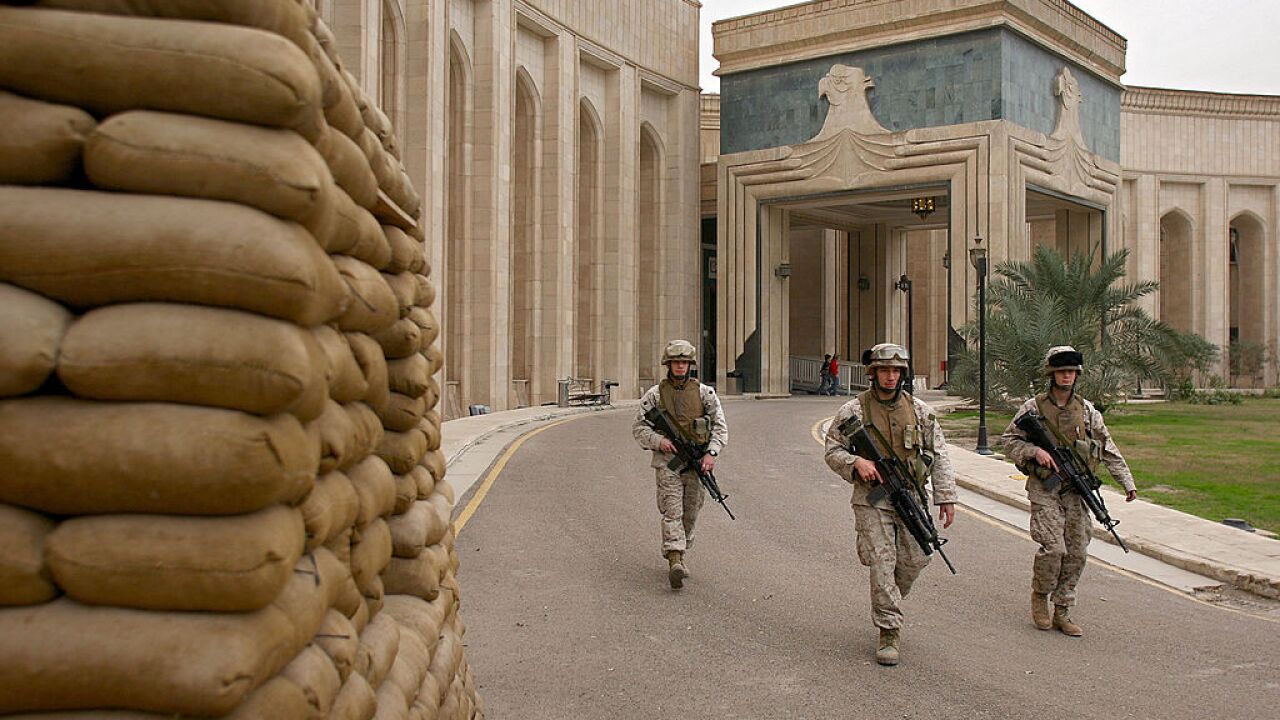 The State Department ordered Wednesday the departure of non-emergency US government employees from Iraq amid increasing tensions with Iran and warned US citizens not to travel to the country, citing a "high risk for violence and kidnapping."

The department said in a statement that employees working in the US embassy in Baghdad and the US consulate in Erbil were instructed to leave Iraq, and that "normal visa services will be temporarily suspended at both posts."

It added that American Citizens Services employees who were working in the embassy in Baghdad "will continue to provide consular services to U.S. citizens in Basrah."

The department said the sudden changes were because the US government's "ability to provide routine and emergency services to US citizens in Iraq is extremely limited" and that as a result, the threat of "terrorism, kidnapping, and armed conflict" aimed at Americans in the country was too great a risk.

Secretary of State Mike Pompeo made an unannounced visit to Iraq last week amid escalating tensions with Iran.

While there, Pompeo said he spoke to Iraqi officials "about the importance of Iraq ensuring that it's able to adequately protect Americans in their country."

US officials have told CNN the US had "specific and credible" intelligence that suggested Iranian forces and proxies were planning to target US forces in locations including Iraq. That intelligence led the Pentagon to recommend a carrier strike group be moved to the region.

The State Department also said Wednesday that Americans "should not travel through Iraq to Syria to engage in armed conflict" as they may face similar threats in Syria and face "legal risks" from both the US and Syria.

The orders from the State Department come a day after US Central Command, which oversees US military operations in the Middle East, said in a statement that the Pentagon has increased the threat risk for US troops in Iraq and Syria.

"US Central Command, in coordination with Operation Inherent Resolve, has increased the force posture level for all service members assigned to OIR in Iraq and Syria. As a result, OIR is now at a high level of alert as we continue to closely monitor credible and possibly imminent threats to US forces in Iraq," US Navy Capt. Bill Urban, a spokesman for Central Command, said in a statement Tuesday.

Urban's statement also pushed back against comments made earlier Tuesday by the deputy commander of the US-led military coalition against ISIS, UK Major Gen. Chris Ghika, who said "there has been no increased threat from Iranian backed forces in Iraq and Syria."