Steven Tyler says he didn't have a heart attack 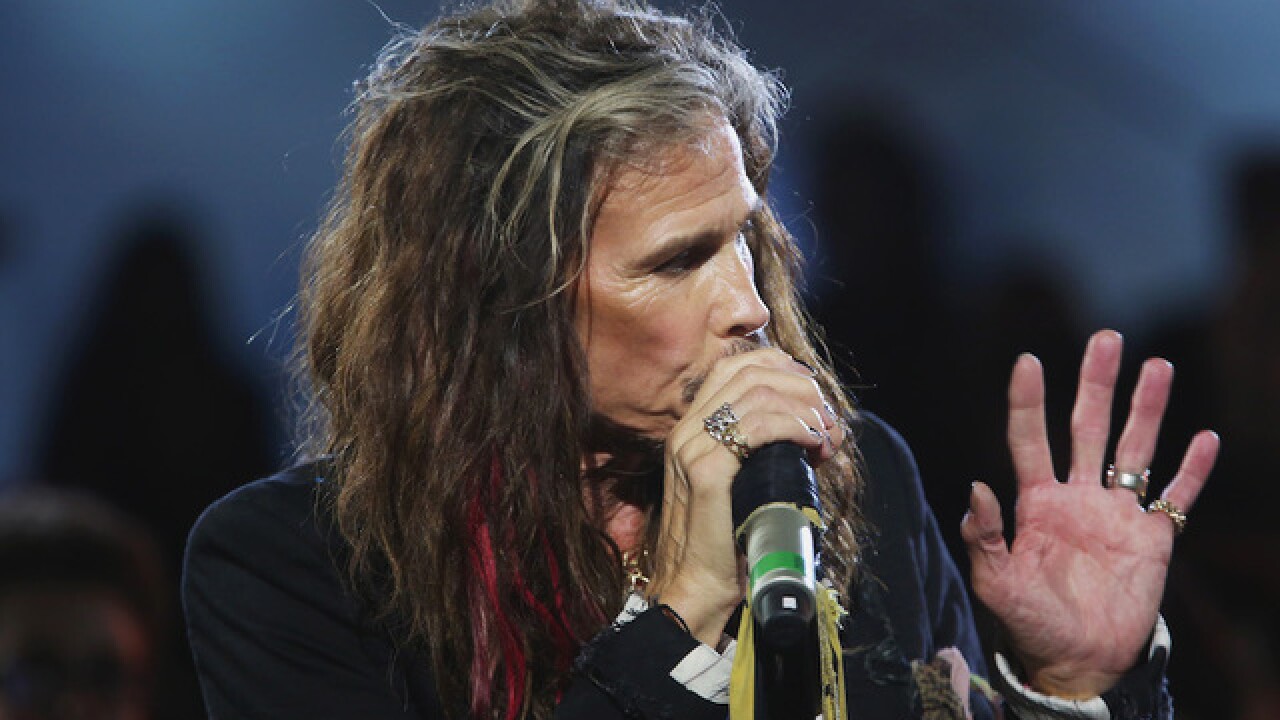 Image copyright 2017 Getty Images. All rights reserved. This material may not be published, broadcast, rewritten, or redistributed.
Jonathan Leibson
<p>Steven Tyler performs at the Andrea Bocelli show as part of the 2017 Celebrity Fight Night in Italy Benefiting The Andrea Bocelli Foundation and the Muhammad Ali Parkinson Center on September 8, 2017 in Rome, Italy.</p>

Steven Tyler says it broke his heart that his health issues caused Aerosmith to abandon its tour but he insists his heart is not actually broken.

The singer posted an update on the band's official site addressing speculation that he suffered a heart attack.

"I give you all an a+ for creative speculations but I certainly did not have a heart attack or a seizure ((unless Joe Perry is takin' a rippin' lead))," he wrote.

The band announced last month that it had to cancel the remaining four dates of its South American leg of the Aero-Vederci tour due to frontman Tyler's "unexpected medical issues."

Tyler said at the time that it was not "a life threatening condition."

"It breaks my heart to have left this tour early," Tyler wrote in his update. "The band has never played better."

Tyler apologized, but said it couldn't be helped.

"Sorry to have cut the tour short but i had to have a procedure that only my doc in the states could perform," he said.

Aerosmith's 2017 shows began in late spring in Europe and had been billed as the band's "farewell" tour.