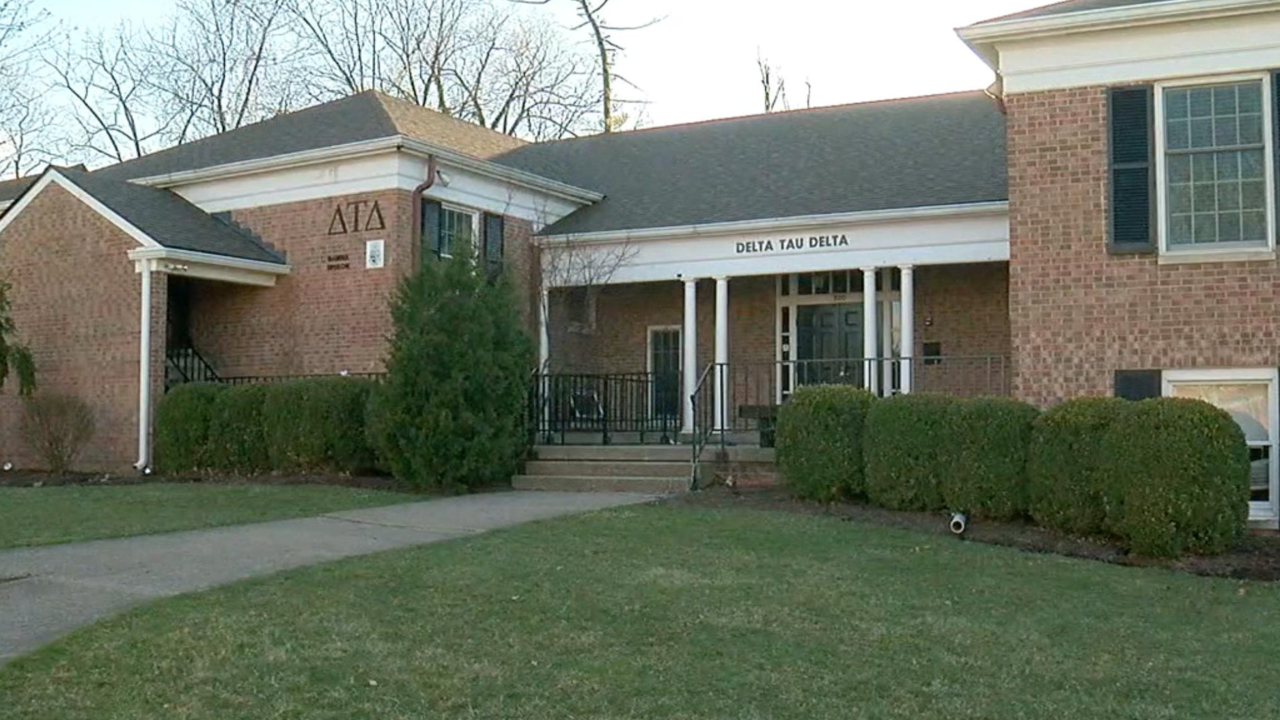 CINCINNATI — A student at Miami University in Oxford, Ohio, was hit "with a paddle with spikes and grooves," forced to drink large amounts of alcohol and smoke marijuana in a hazing incident involving a now-suspended fraternity, according to a report released Monday.

The report details a hazing incident that occurred March 16 at the Delta Tau Delta fraternity house, the report said.

The student who filed the report said he and other pledges were told they could not leave a mandatory meeting in the fraternity house, even when they requested to leave. The report said the student was hit "15 times on the buttocks," which caused cuts and bruises. People also spit in his face and kicked him, according to the report.

Mental abuse is also noted in the report. The student said he and the other pledges were "blindfolded" and put in a room for about an hour-and-a-half and forced to listen to "scary music." Exposure to loud music for an extended period of time has been characterized by the United Nations as torture.

The student was eventually taken to a hospital by an ambulance with a .231 blood alcohol level and released the following morning, according to the report.

"Hazing has no place within Delta Tau Delta," fraternity CEO Jack Kreman said in a previous news release. "Despite intentional effort to educate members through national resources and local volunteer guidance, chapter members chose to treat new members inappropriately. The fraternity has no tolerance for such behavior and those involved will be held accountable."

Since being suspended, sophomores living in the Delta Tau Delta house have been relocated to residence halls as the university finalizes its investigation, Miami President Gregory Crawford wrote in the letter announcing the fraternity's suspension.

Crawford has asked university leaders to review the allegations in the context of the larger Greek community and to make recommendations that can be implemented across all fraternities and sororities.

"Nothing is off limits in this evaluation," he wrote.

WCPO has reached out to the university and the Delta Tau Delta home office for further comment.