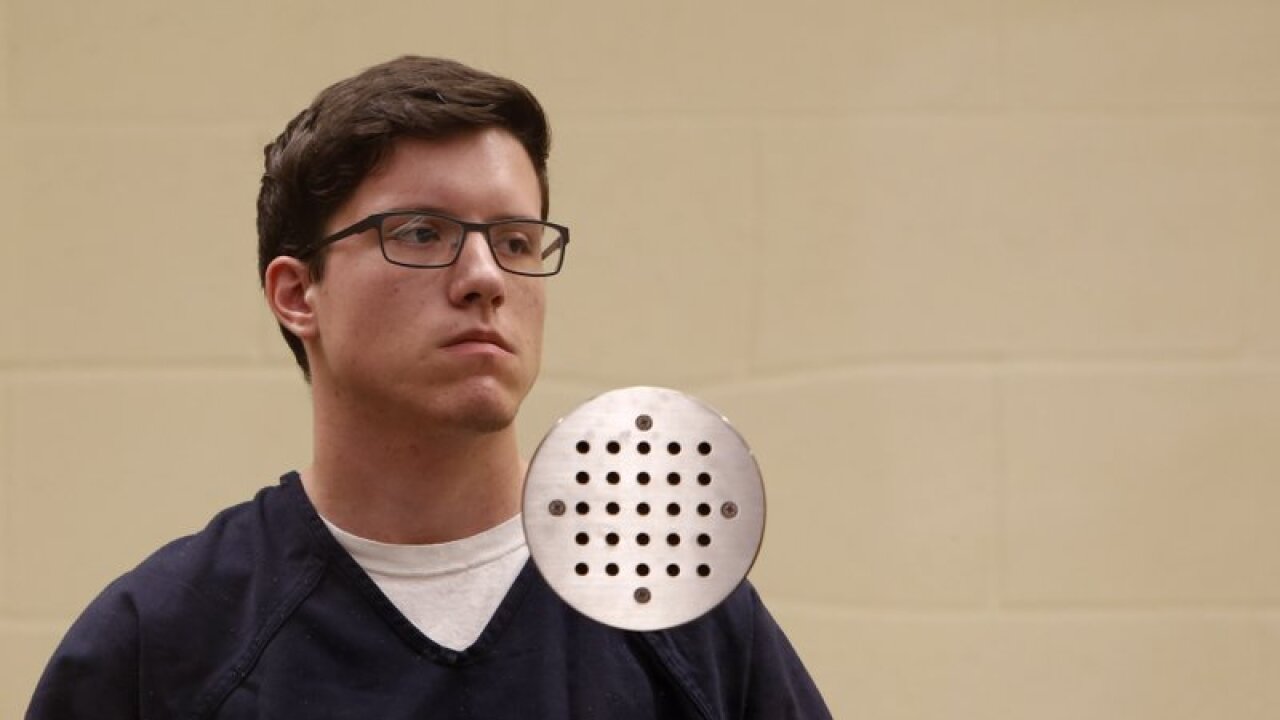 SAN DIEGO (AP) — The man suspected of killing a woman in a shooting at a Southern California synagogue pleaded not guilty to federal hate crime charges Tuesday.

John T. Earnest spoke twice during the brief hearing — to acknowledge his name and to say he agreed with his court-appointed attorney’s decision against seeking bail.

Earnest, 19, is charged with bursting into the Chabad of Poway synagogue on April 27 and opening fire with an assault rifle, killing one and injuring three.

Peter Ko, an assistant U.S. attorney, told the judge that the government had not decided whether to seek the death penalty. He reaffirmed plans to try Earnest separately and simultaneously with a state charge of murder that is classified as a hate crime, which also exposes Earnest to a potential death sentence.

Earnest had a buzz haircut and didn’t wear glasses, unlike his first appearance in state court two weeks ago, when he had a full head of hair. He looked blankly at Magistrate Judge Michael Berg as the judge explained the proceedings and followed along with his attorney, Kathryn Nester, as she flipped pages of the charging document that the judge read aloud. Earnest’s wrists and ankles were shackled.

A federal affidavit detailing the hate crime charges that was filed last week describes a deeply disturbed man filled with hatred toward Jews and Muslims, which are detailed in a manifesto he allegedly published online. Earnest claimed to be inspired by the attacks on the mosques in New Zealand and the shooting at the Pittsburgh Tree of Life synagogue last fall, the affidavit said.

Court documents said Earnest dialed 911 after fleeing the synagogue in his car and said: “I just shot up a synagogue.” He went on to tell the dispatcher he did it “because Jewish people are destroying the white race,” according to the affidavit. He was quickly arrested without a struggle.

Earnest has pleaded not guilty to state murder charges in the death of 60-year-old Lori Kaye, who was hit twice as she prayed in the synagogue foyer. Wounded were Rabbi Yisroel Goldstein, who was leading the service, an 8-year-old girl and her uncle.

He also pleaded not guilty to state and federal charges of trying to burn a mosque in the nearby city of Escondido.

Outside the mosque was the scrawled name of the man suspected of carrying out shootings at two mosques in New Zealand that killed 50 people.