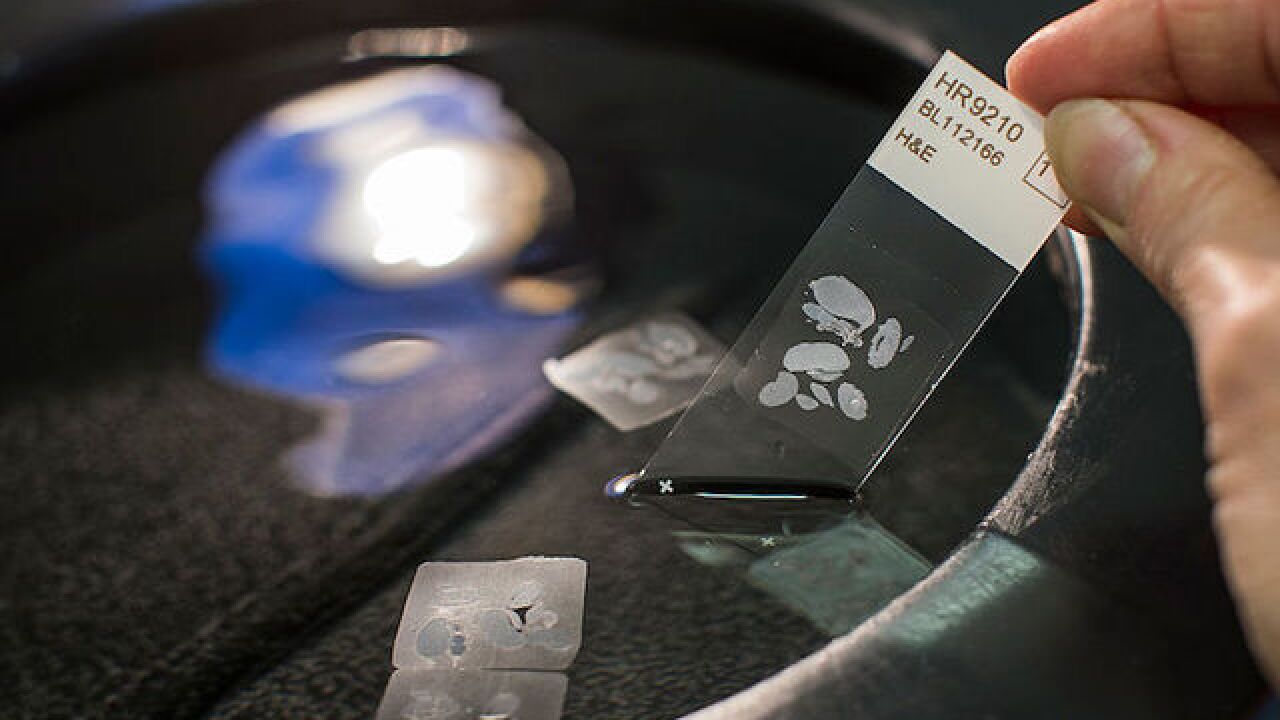 Tall people are at a greater risk of cancer because they have more cells in their body, new research has suggested.

A person's risk of developing cancer increases by 10 percent for every 10 centimeters (4 inches) they are over the average height, the study said, because they have more cells which could mutate and lead to cancer.

The findings match with previous research, which has also connected height to an increased risk of developing a range of health problems including blood clots, heart problems and diabetes.

Leonard Nunney, a professor of biology at the University of California Riverside, analyzed previous sets of data on people who had contracted cancer -- each of which included more than 10,000 cases for both men and women -- and compared the figures with anticipated rates based on their height.

He tested the hypothesis that this was due to the number of cells against alternatives, such as possible hormonal differences in taller people, which could lead to an increased rate of cell division.

A link was found between a person's total cell number and their likelihood of contracting cancer in 18 of the 23 cancers tested for, the study says.

Colon and kidney cancer and lymphoma were among the types of cancer for which the correlation was strongest.

"We've known that there is a link between cancer risk and height for quite a long time -- the taller someone is, the higher the cancer risk," Georgina Hill from Cancer Research UK told CNN.

"What we haven't been sure of is why -- whether this is simply because a taller person has more cells in their body, or whether there's an indirect link, such as something to do with nutrition and childhood," added Hill, who was not involved in the study.

She said the study provides good evidence of the "direct effect" theory that the total number of cells does indeed cause the link.

"The methodology is good - they took data from large studies, which is important, and they looked at lots of different categories of cancer."

But she noted that the increase in risk of developing cancer is small compared to the effects that lifestyle changes can have.

"It was only a slightly higher risk and that there are more important actions that people can take to make positive changes, [such as] stopping smoking and maintaining a healthy weight," she said.

Two of the types of cancer tested for, thyroid cancer and melanoma, were found to be more susceptible to an increase in risk than expected, and Nunney suggested in the study that other factors could be at play in those cases, such as geography.

"There are no obvious reasons for these exceptions, although the author speculates that cell turnover rates may come into play for melanoma," Dorothy C. Bennett, director of the Molecular and Clinical Sciences Research Institute in London told CNN. Bennett, who was not involved in the study, explained that pigment cells, the source of melanoma, divide and are replaced a little faster in taller people.

"But I cannot at present think of any reason why this [faster division] should be so, but nor any other clear reason for the higher correlation with height," Bennett said.