The Latest: Biden pushes back on complaint of kiss on head 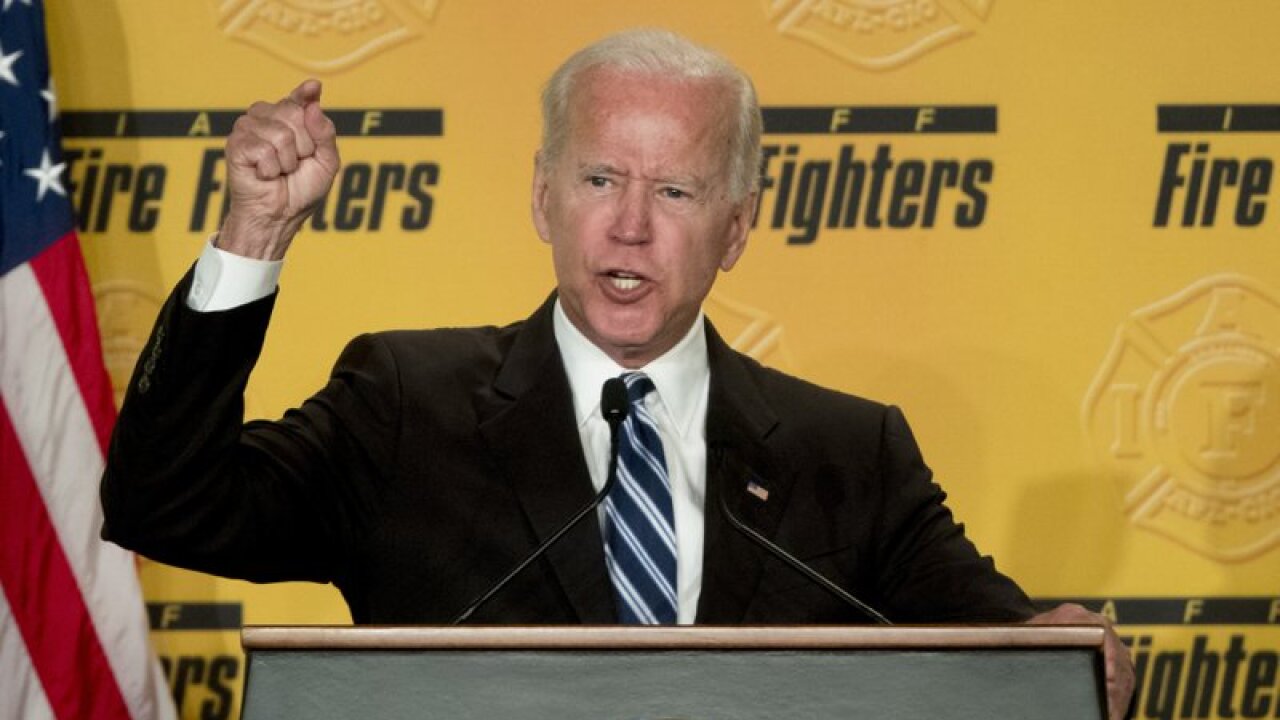 WASHINGTON (AP) — Joe Biden is pushing back against comparisons of the former vice president’s embrace of women during official ceremonies and an allegation he touched a Nevada Democratic candidate without invitation.

Aides say specifically that an image of Biden with his hands on the shoulders of Stephanie Carter, the wife of former Defense Secretary Ash Carter, during his 2015 swearing-in was misleadingly used to bolster the claim by 2014 Nevada lieutenant governor nominee Lucy Flores.

Stephanie Ashcroft wrote in a Medium piece Sunday that “it is high time that I reclaim” the story, which she writes included Biden comforting her when she was nervous.

Biden says he does not recall Flores’ allegation in a Friday New York Magazine piece that he approached her from behind, touched her shoulders and kissed her head.

But a Nevada politician’s assertion that Biden’s kiss on the back of her head made her feel uncomfortable prompted some Democrats to question whether the 76-year-old is too out of step with his own party to run a successful 2020 presidential campaign.

The episode, recounted by Democrat Lucy Flores, highlighted an aspect of Biden’s persona that has been publicly known for years: the affectionate whispers, hugs and shoulder squeezes he has long doled out to women, often on camera and at high-profile public events. In a moment of national reckoning over sexual harassment and the treatment of women by powerful men.