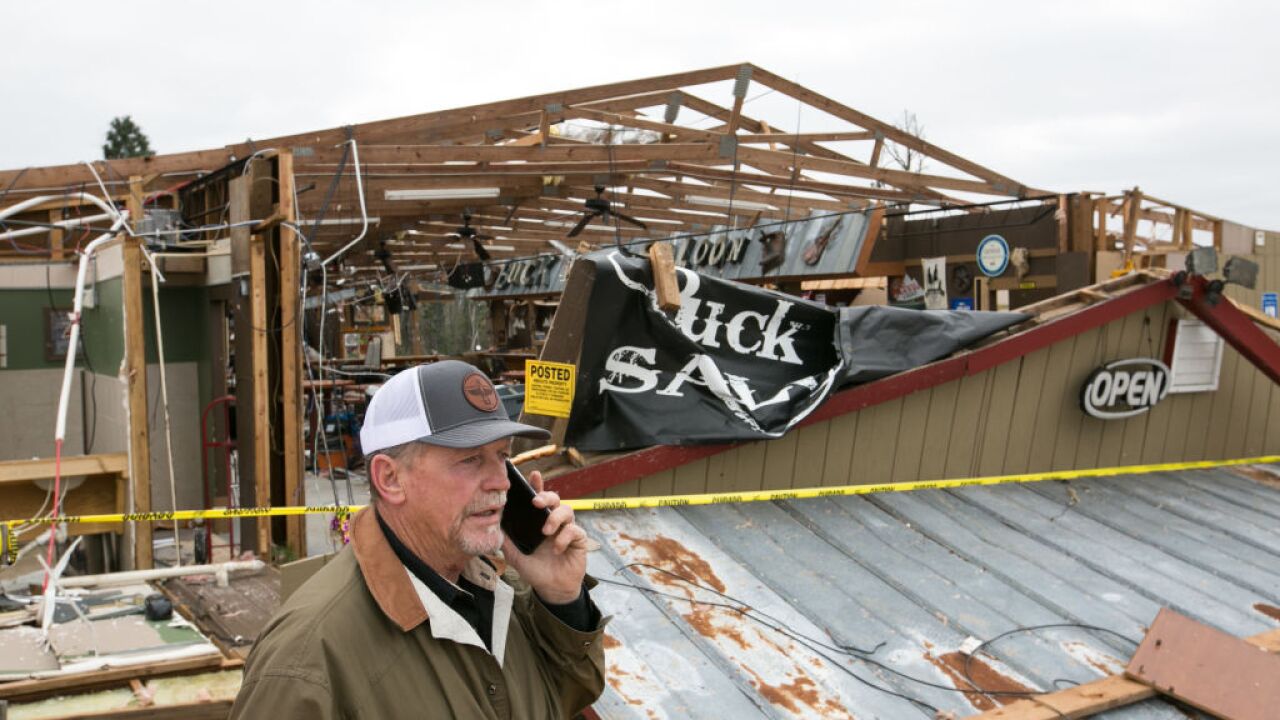 In recent years, scientists have noticed an increased frequency of tornadoes in the Southeast, carving a deadly path in what's called Dixie Alley.

While Tornado Alley in the Great Plains still leads in the number of tornadoes, more are appearing in the South. And tornadoes shifting to this region can take a devastating toll. On Sunday, an EF-4 tornado ripped through Alabama's Lee County killing 23 people and cutting a path of destruction at least 24 miles long.

It's not an anomaly that tornadoes appear in the Southeast every year, but they present different vulnerabilities, said Victor Gensini, professor of meteorology at Northern Illinois University.

"As you move east from Kansas to Mississippi, Georgia, Tennessee, the population density increases rapidly and we also have an issue in the Southeast of more mobile homes," he said. "If you get hit in a mobile home from a tornado, you're much more likely to be killed. You just have a really unique exposure and vulnerability problem."

Gensini was co-author on a study that started tracking tornadoes in 1979 and they observed a shift towards the Southeast around 2008.

Even though there are fewer tornadoes in Dixie Alley than in Tornado Alley, there have been more deaths in the Mid-South/Southeast region. It's because now they're coming into more populated areas.

"Even with fewer tornadoes in the future or the same number, we're going to have more of these tornado disasters like we saw yesterday, because our exposure is continuing to grow, Gensini said.

The average tornado fatalities were highest in Alabama with 14 deaths per year followed by Missouri, 8, and Tennessee, 6, according to the National Weather Service data in the period of 1985 to 2014 .

Unlike the Plains, where a tornado can be seen coming from miles away, the South has more rugged terrain and more trees, making it more difficult to spot a tornado. Many tornadoes that occur in this area are "rain-wrapped," so they are less visible to the naked eye, CNN meteorologists say.

Tornadoes in the South tend to stay on the ground longer and move faster. Many storms in Dixie Alley are pushed by a stronger jet stream, which results in faster-moving storms. It's not uncommon for a tornado in the Southeast to travel faster than 50 mph (80 kph). This puts more pressure on forecasters to get a tornado warning out in enough time for the public to react, CNN meteorologists say.

Many of the storms occur overnight, when most people are sleeping and unaware that a tornado is approaching. When a tornado strikes, most people in the Southeast don't have a basement or underground shelter.

It's not clear why there are more tornadoes sweeping through Dixie Alley. There is an effort to examine how environmental factors in the Southeast region affect tornado development called VORTEX-SE that began in 2016 , which CNN profiled.

The shift to the South could be just natural variability or the effects of climate change, but more research is required, Gensini said.

With drying conditions in Texas and Oklahoma, it could move the precipitation out of those regions and move towards the Gulf of Mexico, as moisture is an important ingredient for tornadoes in severe storms, he said.