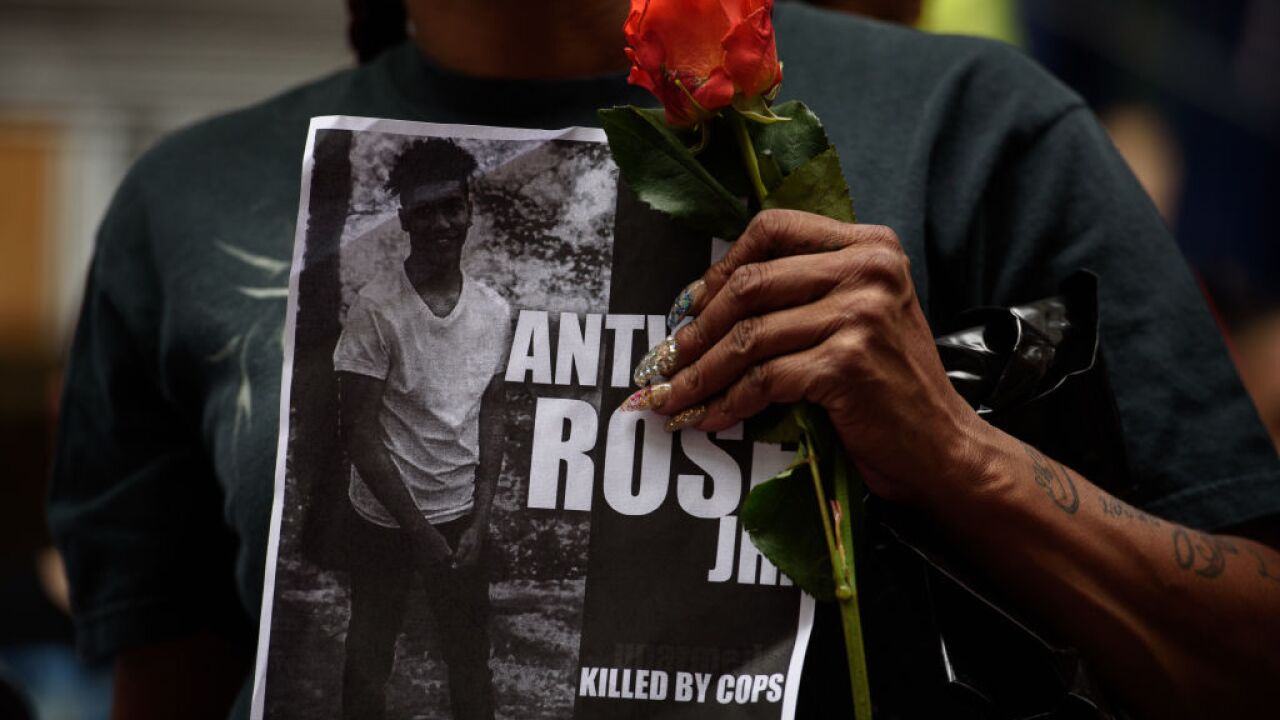 A former East Pittsburgh police officer charged in the shooting death of 17-year-old Antwon Rose II will begin his trial on Tuesday.

The killing of the unarmed black teenager last year triggered protests and outrage in Pittsburgh over the officer's use of deadly force. The former officer, Michael Rosfeld, 30, faces a criminal homicide charge, which includes murder, voluntary manslaughter and involuntary manslaughter under Pennsylvania law.

The jury has been selected from Dauphin County, which is about 200 miles from Pittsburgh, after a ruling that the publicity around the case had affected the jury pool in Allegheny County. The trial will take place in Pittsburgh with the jurors from the other county.

The jury in this racially charged case is predominantly white and older, with two jurors under age 40 and three black jurors, according to CNN affiliate KDKA.

The trial is being watched closely as few officers face trial for shooting deaths .

The young man's family said they were hoping for justice.

"Antwon's family is here seeking justice," said a family statement released Tuesday. "They are praying that equity and fairness will prevail in (the) form of a conviction of the man who shot an unarmed Antwon in the back, killing him."

What happened eight months ago

On June 19, Rosfeld shot Rose three times as he fled a car after a traffic stop.

According to Allegheny County police, Rose was a passenger in a car that authorities suspected of being involved in a nearby shooting. When the officer ordered the driver out of the car, Rose and another passenger "bolted" from the vehicle, and Rosfeld opened fire, striking the teenager, police said.

He was shot on the right side of his face, his right elbow and to the right of his spine.

"Three shots in the back. How you justify that?" the protesters chanted after his death.

Those who knew Rose described him as a generous, promising student who volunteered regularly at a free store that provided clothes, food and other items to members of the community.

Rose had been a passenger in a car that was stopped by police because it matched the description of a car that was involved in an earlier shooting in North Braddock, according to Allegheny County police. Police had been searching for a light gold Chevrolet Cruze after a surveillance video showed a man roll down the Cruze's rear passenger window and open fire with a handgun.

Rosfeld had pulled over a light gold Cruze with its rear window broken and with two bullet holes, according to the criminal complaint. Rose was in the car suspected in the earlier shooting, but did not appear to be the shooter, according to the complaint against Rosfeld.

"By all accounts, Mr. Rose never did anything in furtherance of any crimes in North Braddock," Allegheny County District Attorney Steve Zappala said in June.

Witnesses told investigators that Rosfeld ordered the driver out of the car and appeared to handcuff him before turning his attention to the other occupants. Rose and another passenger ran from the vehicle, and Rosfeld opened fire, Allegheny County police said.

A witness to the shooting captured it on video. The woman recording the video says, "Why are they shooting at him?"

"All they did was run and they're shooting at them."

Rosfeld told police his intention had been to get all three occupants on the ground as he awaited backup, according to the complaint. After ordering the driver onto the ground, he said, the front seat passenger exited the vehicle and "turned his hand toward Officer Rosfeld and he, Officer Rosfeld, saw something dark that he perceived as a gun." He stepped out from behind his car door for a better view and opened fire.

Asked again to recount the events, Rosfeld "told the detectives that he did not see a gun when the passenger emerged and ran. When confronted with this inconsistency, Rosfeld stated he saw something in the passenger's hand but was not sure what it was," the complaint said.

Rosfeld had been sworn into the East Pittsburgh police force just hours before the shooting, the complaint said. He'd worked with other local departments for seven years, CNN affiliate WPXI reported.

Months after Rose's death, the East Pittsburgh Police disbanded . Officials said it was because the department was small with limited resources and couldn't compete with larger police agencies that offered full-time work with better pay and benefits.