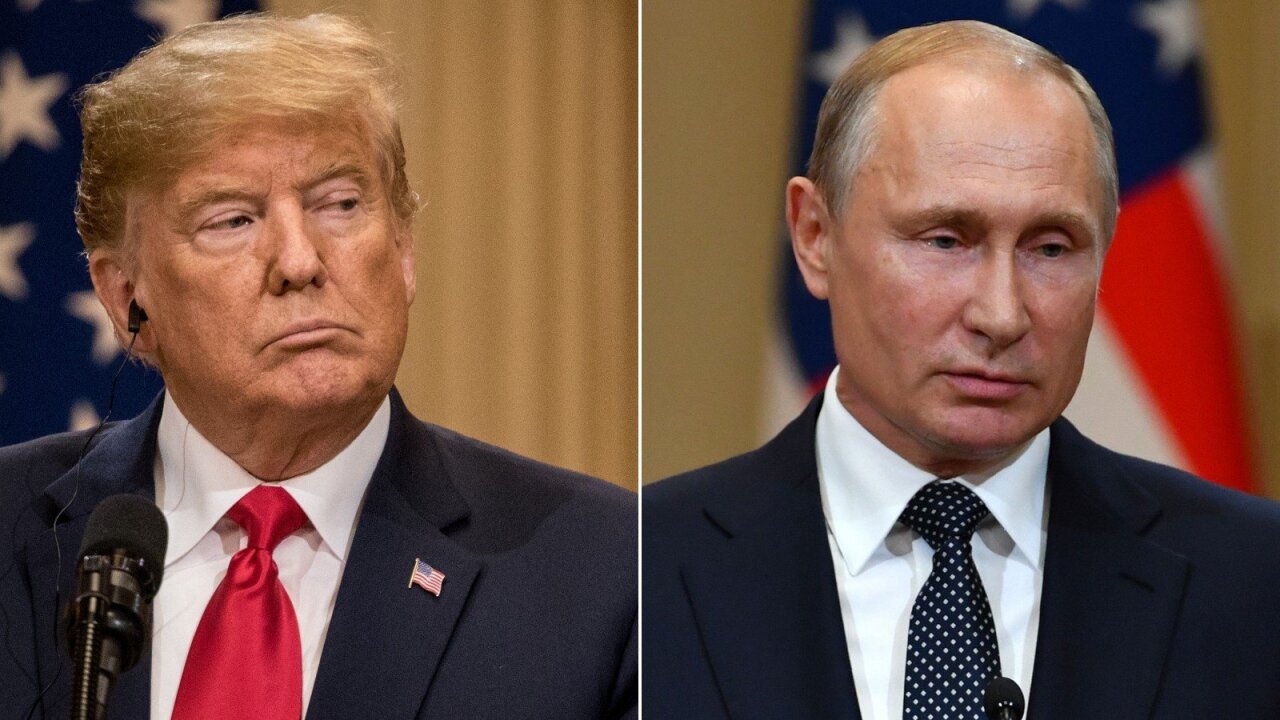 
The conversation, the first between the two leaders since the Mueller report was concluded, was part of a larger discussion that was focused on the crisis in Venezuela and also touched on North Korea and other topics, Sanders said.

Speaking to reporters at the White House, Sanders said the Mueller report was discussed "very, very briefly" and that it was brought up "essentially in the context that it's over and there was no collusion, which I'm pretty sure both leaders were both very well aware of long before this call took place."

She would not directly answer questions from reporters on whether Russian interference, as shown in the Mueller report, was discussed between Trump and Putin, only saying, "the conversation on that part was very quick, but what I can tell you is that this administration, unlike the previous one, takes election meddling seriously. And we're going to do everything that we can to prevent it from happening. That's why we've taken a whole-of-government approach."

Trump later tweeted that he and Putin "had a long and very good conversation" in which the "Russia hoax" was discussed in addition to North Korea, Ukraine, China, trade and nuclear weapons treaties.

The Kremlin said the phone call was initiated by Trump. In a readout, Moscow said Trump and Putin discussed "the current state and prospects for bilateral relations with an emphasis on economic cooperation."

Friday's phone call comes at a time of immense scrutiny over the findings of Mueller's investigation, a redacted version of which was released publicly late last month. The investigation found that members of the Trump campaign expected they would benefit from Russian efforts influence the election, but didn't find that they conspired.

According to the report, "[T]he investigation established that the Russian government perceived it would benefit from a Trump presidency and worked to secure that outcome, and that the campaign expected it would benefit electorally from information stolen and released through Russian efforts." The Mueller report also details Russia's efforts at interference during the 2016 election, which led to charges against several Russians and Russian entities.

Sanders said the call's "primary focus" was about the need to help people in Venezuela. The US and Russia have clashed over the uprisings in the South American nation, with Russia boosting embattled President Nicholas Maduro and the US and other western nations supporting opposition leader Juan Guaido. On Tuesday, Secretary of State Mike Pompeo claimed to CNN's Wolf Blitzer that Maduro was preparing to flee the country before being talked out of it by Russia, which Moscow has denied.

"The President's primary focus throughout the call was about helping the people of Venezuela, making it clear that the United States stands with the people of Venezuela and the importance of making sure those individuals are able to get the food and the water and the medical supplies that is needed," Sanders said. "The President reiterated that sentiment several times throughout the call."

Sanders was also asked about whether the President made any progress on getting Putin to back off his support of Maduro.

"The President reiterated the need for a peaceful transition and his focus throughout the conversation was on the need to help the people and make sure that the aid was actually getting to them and being delivered," she replied.

Sanders offered few details on Friday's Pentagon meeting on Venezuela with Trump's national security team , noting, "The President is continuing to push for aid to be delivered to those people" and that Trump "is going to do what is required if necessary."

In the Kremlin's readout, Putin warned Trump against "outside interference" in Venezuelan affairs, saying such efforts would "undermine the prospects for a political settlement of the crisis."

On North Korea, Sanders said the two spoke about North Korea "a good bit of time on the call and reiterated both the commitment and need for denuclearization." She said Trump told Putin about the "importance of Russia stepping up" in North Korea. The Kremlin said Putin called on Trump to reduce sanctions against the reclusive regime.

Sanders was asked if Putin had a message from Kim to give to Trump, but she did not answer.