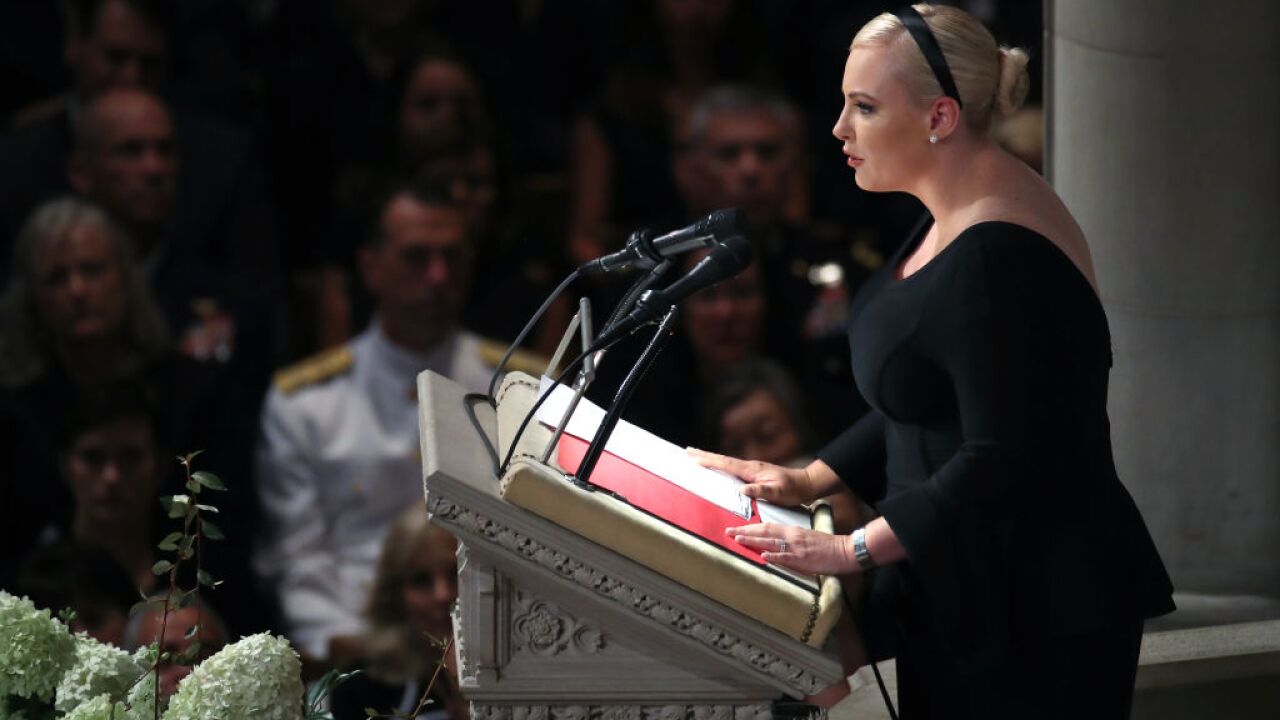 President Donald Trump again attacked late Sen. John McCain Saturday — prompting the Arizona Republican's daughter Meghan McCain to respond that "no one will ever love" Trump the way they loved her father.

Trump's recent attack on McCain, who passed away in August, is the latest in his years-long offensive feud against the late senator, this time targeting McCain's ties to the controversial Russia dossier and his vote against repealing Obamacare.

Starr called the dossier "a very dark stain" against McCain in an interview Saturday on Fox News, but also called McCain "a great man" and "an American hero."

The comments referred to a series of memos written in 2016 by retired British spy Christopher Steele. They alleged a widespread conspiracy of collusion between the Trump campaign and the Kremlin, which both sides deny. The most salacious and damning allegations in the dossier remain unverified to this day. But the claims that form the bulk of the memos have held up over time, or at least proved to be partially true.

McCain associate and former State Department diplomat David Kramer received copies of the dossier in 2016 and shared it with a reporter at BuzzFeed, according to court records. BuzzFeed then published the dossier in full, following CNN reports that President Barack Obama and President-elect Trump had been briefed about it.

McCain denied giving the dossier to BuzzFeed in a 2017 interview with the Daily Callerbut did acknowledge providing it to the FBI. He provided a copy of the unconfirmed memos to then-FBI Director James Comey.

Trump also slammed McCain Saturday for his vote against a full repeal of the Affordable Care Act on the Senate floor in July 2017.

Meghan McCain did not mince words in her response, accusing Trump of being fixated on her father's legacy.

"No one will ever love you the way they loved my father," she tweeted Saturday. "I wish I had been given more Saturday's with him. Maybe spend yours with your family instead of on twitter obsessing over mine?"

Meghan McCain has frequently returned Trump's barbs against her family, both directly and indirectly. During remarks at her father's funeral, she chastised "cheap rhetoric from men who will never come near the sacrifice he gave so willingly" and "the opportunistic appropriation of those who live lives of comfort and privilege while he suffered and served."