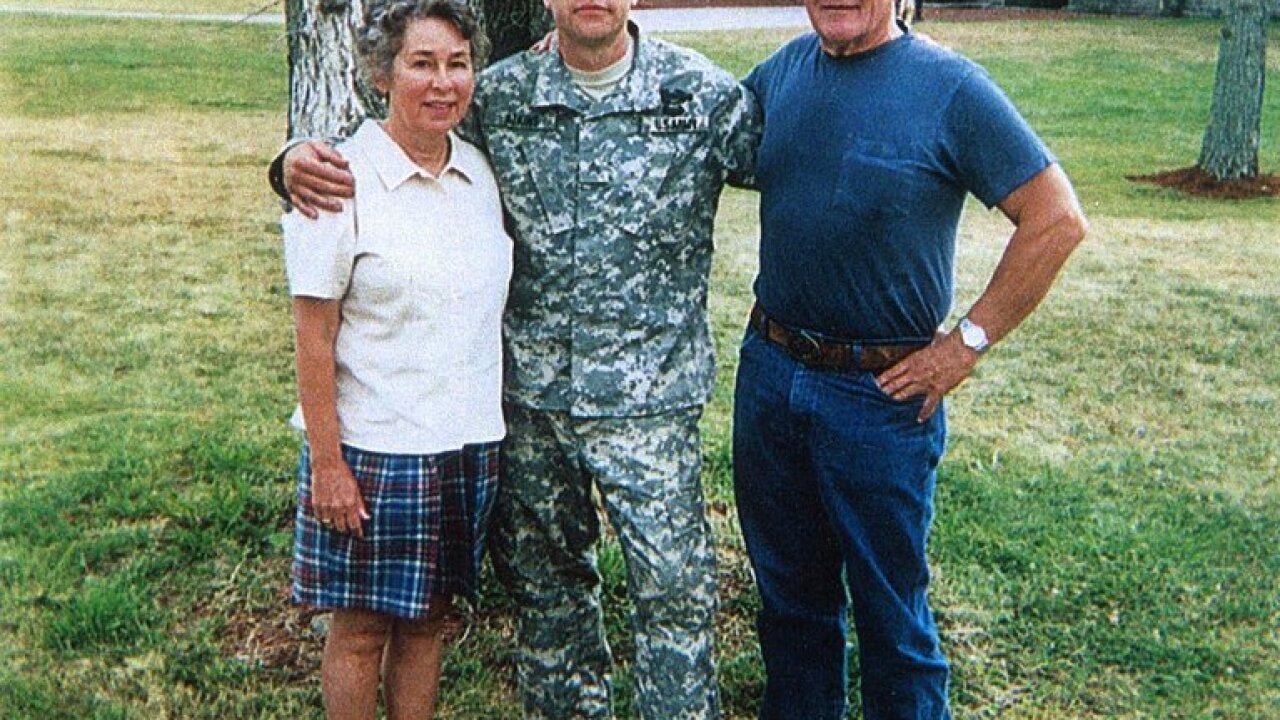 The Montana born-and-raised Atkins enlisted in the Army in November 2000, serving in Kuwait and Iraq before he was honorably discharged in December 2003. But he didn't stay stateside for long.

"The civilian life just didn't do it for him," his father, Jack Atkins, said in a video about his son's service. "He had to get back in the Army."

Atkins re-enlisted in December 2005 and was killed in action as a 10th Mountain Division squad leader in Abu Samak, Iraq, on June 1, 2007.

During a routine route security check, Atkins and three of his fellow soldiers received a call about four suspicious-looking men.

"We fired up the truck, we sped down there," then-Pfc. Sand Aijo, who was one of the three soldiers in Atkins' Humvee that day, told reporters at the Pentagon Tuesday.

"Travis exited the vehicle. He started giving verbal commands to the men. ... I start to notice Travis begin hand-to-hand combat with this man. You could tell it was almost like wrestling when you hand fight and trying to get control of the man. All of a sudden I see Travis wrap the guy up and he lifted him up and he slams him the ground," Aijo recalled.

Atkins realized the Iraqi man was wearing a suicide vest.

"Once they hit the ground, the way Travis began positioning his body, it just wasn't -- it seemed strange to me, he kind of began to position himself, while still, mind you, holding this guy down," Aijo said, describing how Atkins pinned the man strategically away from him and the other soldiers.

"That's when the detonation happened."

Aijo explained that the vest was a grenade-detonated suicide vest, meaning Atkins would have seen and understood there would be a few-second delay before the explosion.

"He had a split second to make that decision and that was the decision he made -- to sacrifice himself so that we could all live," Aijo said.

The explosion killed Atkins instantly. He was 31 years old, the father of a young son.

"In his final moments on earth, Travis did not run -- he didn't know what it was to run. He did not hesitate," Trump said.

"(Atkins) rose to the highest calling, he laid down his life to save the lives of his fellow warriors. In so doing, he embodied the deepest meaning of the motto of the 10th Mountain Division: He climbed to glory," the President said.

His action saved the lives of his three fellow soldiers, all of whom were present for the ceremony.

"I witnessed the heroics that ultimately saved my life and the lives of several others," Aijo said, adding, "Travis was an amazing soldier. He was an amazing brother to us. He loved his country, but even more so, I got to know the man -- I'm proud to be a part of this and to get to celebrate Travis today. I wouldn't be here without him."

"He was a selfless leader. Travis was an authoritative leader. He led by example and knowledge, not through fear or title or rank," Hollingsworth said Tuesday at the Pentagon.

Atkins received a posthumous Distinguished Service Cross for his actions, but after a review beginning in 2016, the Department of Defense upgraded the honor to the Medal of Honor, the nation's highest military decoration.

The President presented the Medal of Honor to Atkins' son, Trevor Oliver. Trump spoke to Oliver by phone to inform him that Atkins would be awarded the Medal of Honor. Atkins' parents, Jack and Elaine Atkins, also attended the ceremony, as well as more than 50 of his fellow soldiers from the 10th Mountain Division.

"Yes, my dad's gone and that's hard," Oliver said . "But what he did is so extreme and that just moves me even more. He was my icon ... He was a great soldier, and a great father."