Trump says he refuses to work with Democrats until investigations halt 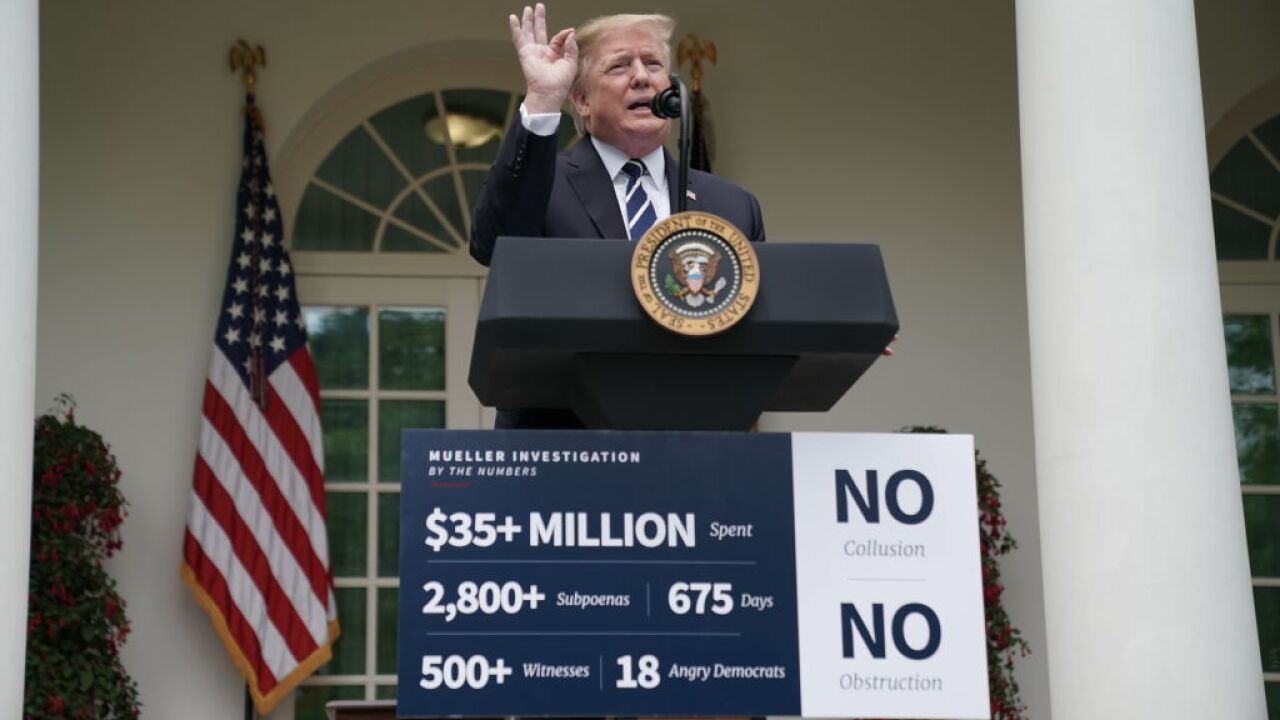 President Donald Trump said in impromptu remarks Wednesday that he told Democrats at the White House he couldn't work with them while they were pursuing investigations into him and his administration.

The Rose Garden speech came after an abbreviated meeting with House Speaker Nancy Pelosi and Senate Minority Leader Chuck Schumer who were there to discuss a bipartisan infrastructure spending package.

He said during the meeting with Democrats that he couldn't work with them until their investigations are over.

"I walked into the room, and I told Sen. Schumer, Speaker Pelosi, I want to do infrastructure," he said. "But you can't do it under these circumstances."

He said his message to the lawmakers was "get these phony investigations over with."

Earlier Wednesday, Pelosi had told reporters Trump was engaged in a "cover-up."

Trump said: "Instead of walking in happily into a meeting, I walk into, look at people that have just said that I was doing a cover-up. I don't do cover-ups."