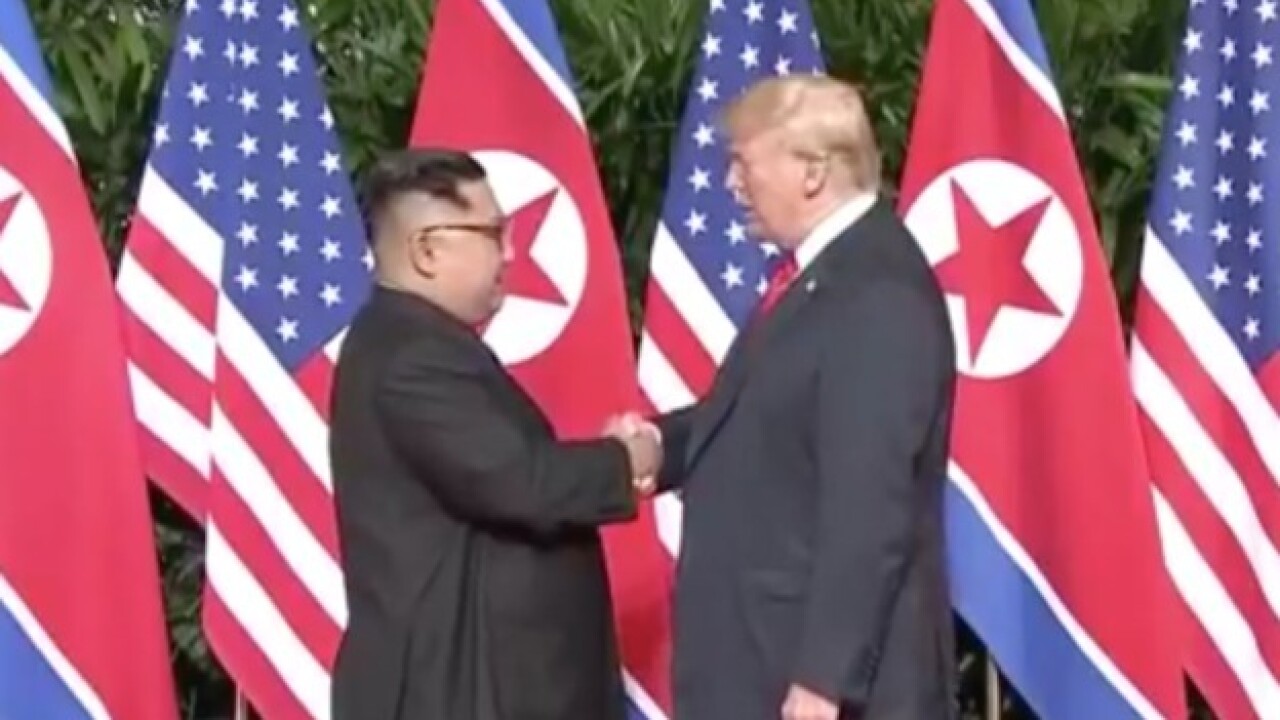 President Donald Trump triggered rampant confusion among his own aides and administration officials when he said Friday he is withdrawing new sanctions aimed at North Korea that were just issued by his own administration.

"It was announced today by the U.S. Treasury that additional large scale Sanctions would be added to those already existing Sanctions on North Korea. I have today ordered the withdrawal of those additional Sanctions!" Trump tweeted on Friday.

It was not immediately clear which sanctions Trump was referring to. But just 24 hours earlier, the Treasury Department announced sanctions targeting two Chinese shipping companies that have allegedly helped North Korea skirt sanctions imposed by the United Nations.

She did not clarify which sanctions Trump was referring to.

Several White House officials told CNN they were confused by Trump's tweet and were unsure what he was referring to.

Trump's announcement was a startling rebuke of policy action announced by his own government, once again calling attention to the unconventional and undisciplined policy process that has often defined the Trump administration.

"Important actions today from @USTreasury," Trump's national security adviser, John Bolton, tweeted on Thursday. "The maritime industry must do more to stop North Korea's illicit shipping practices. Everyone should take notice and review their own activities to ensure they are not involved in North Korea's sanctions evasion."

Trump administration officials had also hailed the sanctions as a continuation of the US pressure campaign on North Korea and an attempt to enforce existing sanctions authorities, insisting this was not aimed at widening North Korea-targeted sanctions.