Trump to award Tiger Woods with the Presidential Medal of Freedom 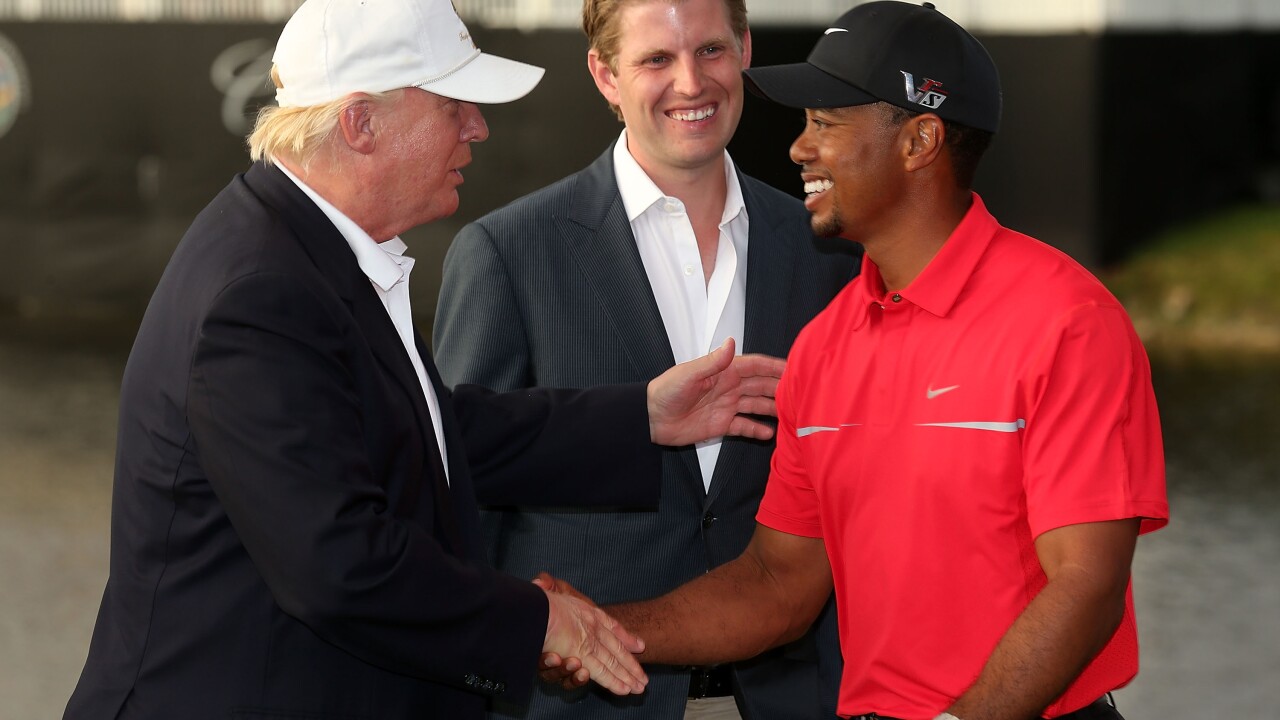 "Spoke to @TigerWoods to congratulate him on the great victory he had in yesterday's @TheMasters, & to inform him that because of his incredible Success & Comeback in Sports (Golf) and, more importantly, LIFE, I will be presenting him with the PRESIDENTIAL MEDAL OF FREEDOM!" Trump tweeted Monday afternoon.

Woods' victory marked his first Masters victory in 14 years, after a series of back problems and personal problems threatened to end his career.

In 2017, he underwent a spinal fusion surgery, and was later arrested and charged with driving under the influence. He pleaded guilty to reckless driving and was put on a diversion program, returning to the circuit in 2018.

The Medal of Freedom recognizes individuals who have made "an especially meritorious contribution to the security or national interests of the United States, world peace, cultural or other significant public or private endeavors," according to the executive order designating the award.

Trump, an avid golfer, was photographed on the green in Florida with Woods and pro-golfer Jack Nicklaus in February.

Trump has presented the Medal of Freedom to numerous athletes since taking office, including Alan Page, Roger Staubach, and a posthumous award to Babe Ruth.