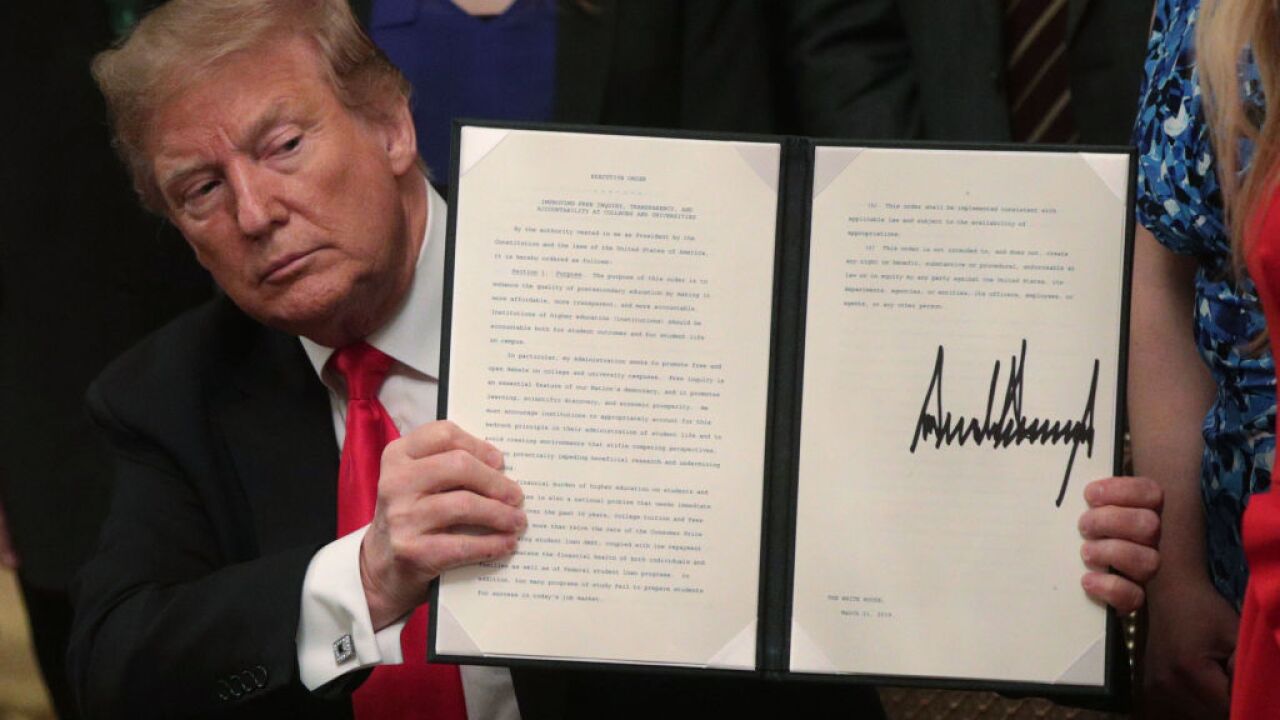 The Trump administration on Wednesday will announce two executive orders aimed at freeing up more pipelines to supply the United States with oil and gas. The orders could give the federal government more power over states in approving energy projects.

The United States is producing more oil and gas than any point in its history, in large part because of the shale boom in the Permian Basin in West Texas. But producers have trouble getting all of that supply to customers due to constraints on the number of pipelines.

Canadian oil is also a problem, because Canada has run out of pipelines to send oil to the United States.

Several states have invoked the Clean Water Act to delay approval of sections of pipelines, arguing that the pipelines will cause environmental damage.

New York, for example, rejected a natural gas pipeline three years ago that state officials said failed to meet water quality standards. Developers still want to build that pipeline, which was supposed to transport natural gas throughout markets in the Northeast.

One of the executive orders will direct the Environmental Protection Agency to revise the way states can consider the Clean Water Act when deciding whether to approve pipelines, according to a senior administration official.

The official told reporters Tuesday night that there are "a lot of problems" with the way the Clean Water Act is being interpreted, adding that the administration expects the executive order to "alleviate" some of those issues.

A second executive order is aimed at making cross-border energy infrastructure approval more streamlined. It says that any decision to issue or deny a cross-border permit shall be made solely by President Donald Trump.

That executive order isn't limited to pipelines, but would cover other kinds of energy infrastructure projects, too. It comes amid controversy over the Keystone XL Pipeline, which is operated by TransCanada and which would bring Canadian oil into the United States. The Obama administration opted to shut down that pipeline, but the Trump administration has sought to reopen it. An official said Tuesday that the new executive order would affect "future" permitting for energy projects at the border.

As energy prices have risen over the past several months, Trump has called on OPEC, the oil cartel led by Saudi Arabia, to help reduce the price of oil in the United States. Oil prices have risen because of a variety of factors including fighting in Libya, sanctions against Venezuela and Iran, and the inability of United States energy producers to deliver their vast supply to US customers.