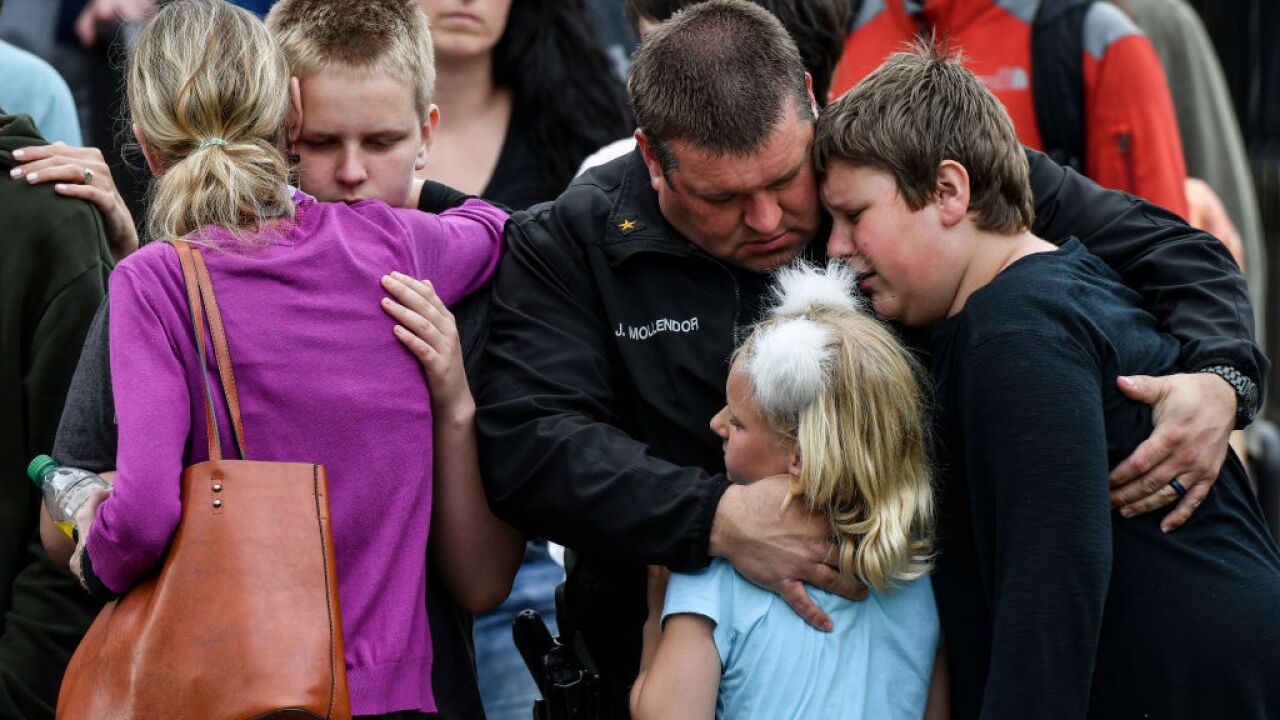 A Colorado school shooting that left one student dead and eight others injured Tuesday shares an uncommon connection with the deadly assault on Columbine High School 20 years ago.

Both had two shooters.

"It's usually a leader and a follower. It's a whole different, specific psychology going on there."

Two suspects were apprehended after Tuesday's shooting at the STEM School Highlands Ranch. The suspects are believed to be students at the school, Douglas County Sheriff Tony Spurlock said.

The attack came less than three weeks after the area marked the 20th anniversary of the Columbine shooting. The STEM School is about seven miles from Columbine, where Dylan Klebold and Eric Harris killed 13 people on April 20, 1999.

"Studying Eric and Dylan from Columbine, and then so many of those studying each other... There's a whole web of them," Cullen said. "But it generally traces back to those two who the perpetrators see ... as kind of the founding fathers of this movement."

The Columbine shooters killed themselves after gunning down their victims.

It took SWAT teams 47 minutes to enter the school after the shootings began, and it took law enforcement five hours to declare the school under control.

On Tuesday, the school notified authorities almost immediately after shots began ringing in the building. And the first sheriff's deputies arrived within two minutes and engaged with the suspects, Spurlock said.

"I have to believe that the quick response of the officers that got inside that school helped save lives," Spurlock said.

Cullen called the change in the active shooter protocol "fantastic."

"And it's because of Columbine," he said. "Sadly, the perpetrators follow this stuff too and they know they have to maximize their fire power very quickly and get it up."

"That is why they usually commit suicide too," he said.

Cullen said there is an online community of people who idolize school shooters, specifically a group called the True Crime Community, or TCC.

Last month, Cullen told CNN's Brooke Baldwin that the TCC is like a "fandom," at the center of which are the Columbine shooters.