Tyson, one of the world's biggest meat producers, will start selling a plant-based protein 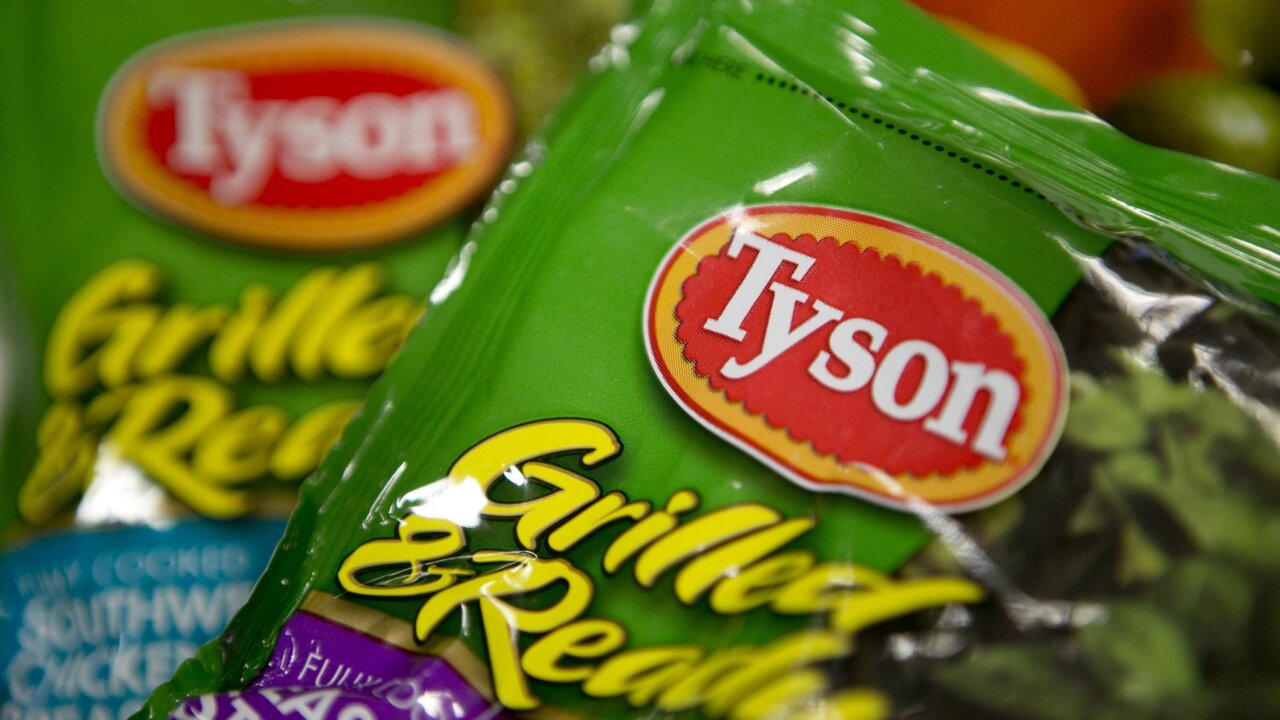 How big is the plant-based protein craze? Tyson Foods, one of the world's largest poultry, beef and pork producers, plans to start selling a meat substitute this summer.

The product will first enter the market "on a fairly limited basis," CEO and president Noel White said during an analyst call discussing the company's second-quarter earnings on Monday. He added that Tyson plans to roll out its meat substitute "on a much larger scale" this fall.

The plant-based fake meat trend is growing rapidly . Demand is being fueled by consumers choosing healthier diets and trying to reduce their impact on the environment. By 2023, the US meat-substitute retail market could reach $2.5 billion, according to the research firm Euromonitor International.

Tyson has been thinking about alternatives to animal protein for a while.

In 2016, Tyson took a 5% stake in Beyond Meat, which sells plant-based alternatives to meat. Tyson upped that stake in 2017, before recently exiting the deal. Beyond Meat did not want a competitor as an investor, according to Axios . Beyond could not immediately be reached for comment.

"Tyson Ventures is pleased with the investment in Beyond Meat and has decided the time was right to exit its investment," the company said in a statement. "Beyond Meat provided an early opportunity for Tyson Ventures to invest in plant-based protein products that many consumers are seeking."

Tyson continues to maintain a minority stake in Memphis Meats, which uses cells — rather than animals — to make meat.

Hayes added that "it will take a combination of innovative and traditional approaches" to feed protein to a growing population in a sustainable way.

White, who took over for Hayes as CEO in September, reiterated the message. "We have a strategy focused on protein, whether that's animal protein or plant protein," White said during a quarterly earnings call in February.

China's pork industry is taking a huge hit because of African swine fever. Pork production has fallen 10% in China this year, according to US government statistics.

"African Swine Fever has the potential to impact the global protein industry on a level that we have never experienced," White said in a statement Monday, adding that the fever could prove a benefit to Tyson. "A worldwide decrease in pork supply would offer significant upside to our pork business, while also lifting the chicken and beef businesses as substitutes," he added.

International trade tensions are another source of volatility for Tyson. Last year, the company lowered its 2018 profit forecast nearly 12% . It said at the time that uncertainty about tariffs has sent chicken and pork prices lower.

Shares of the company popped nearly 3% on Monday after the company beat Wall Street's expectations for the second quarter.