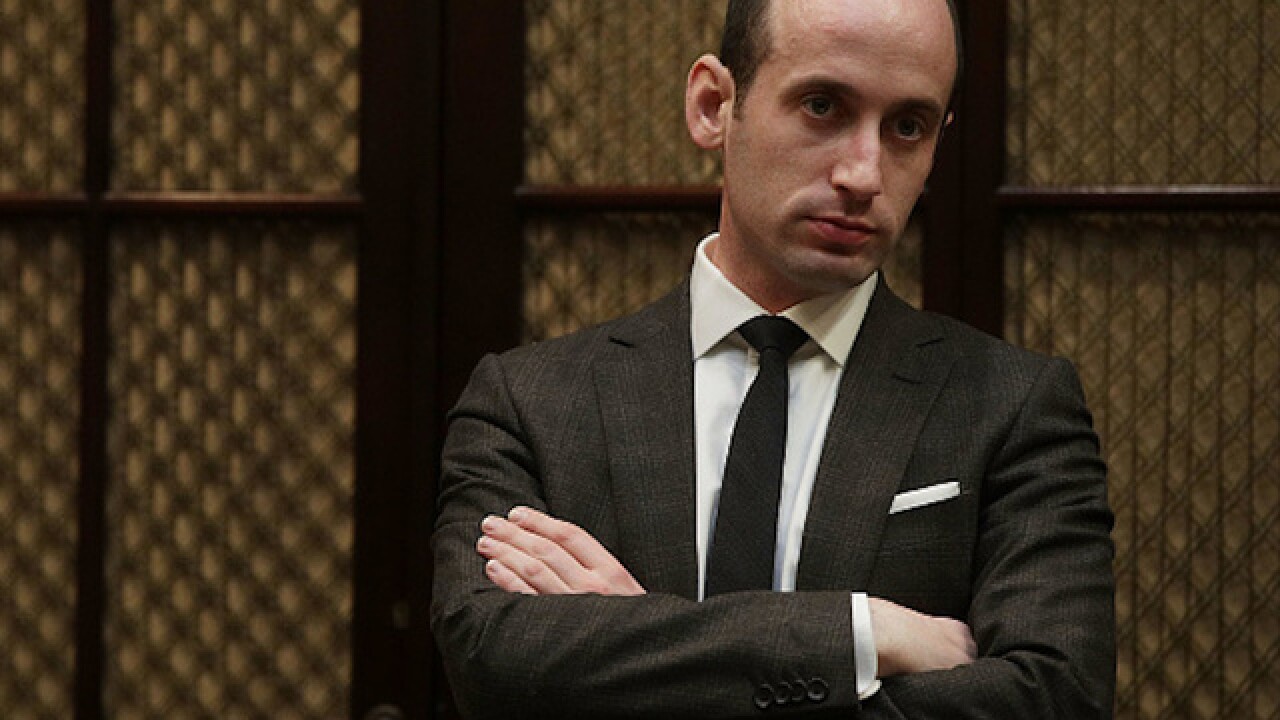 Some of President Trump's strictest anti-immigration policies, such as the Muslim travel ban and zero-tolerance policy that resulted in family separations at the southern border, have come from the mind of senior advisor Stephen Miller.

But in an op-ed in Politico Magazine, one of Miller's family members is calling his policies hypocritical.

David S. Glosser, Miller's uncle, says that Miller's maternal family was able to immigrate to the United States from what is now Belarus thanks to chain migration — a policy which the Trump administration has been trying to eliminate.

In his op-ed, Glosser says he is the brother of Miller's mother. He claims that Wolf-Leib Glosser came to Ellis Island in January 1903. His brother, Nathan Glosser, arrived shortly after, thanks to chain migration — a policy which allows immigrants to petition for green cards for immediate family members.

Glosser did not hold back in his criticism for his nephew's proposed policies.

"I shudder at the thought of what would have become of the Glossers had the same policies Stephen so coolly espouses— the travel ban, the radical decrease in refugees, the separation of children from their parents, and even talk of limiting citizenship for legal immigrants— been in effect when Wolf-Leib made his desperate bid for freedom. The Glossers came to the U.S. just a few years before the fear and prejudice of the “America First” nativists of the day closed U.S. borders to Jewish refugees. Had Wolf-Leib waited, his family would likely have been murdered by the Nazis along with all but seven of the 2,000 Jews who remained in Antopol. I would encourage Stephen to ask himself if the chanting, torch-bearing Nazis of Charlottesville, whose support his boss seems to court so cavalierly, do not envision a similar fate for him."

Miller isn't the only member of the Trump administration whose relatives benefited from immigration. The parents of First Lady Melania Trump, an immigrant herself, became United States citizens last week thanks to chain migration policies, according to Vox.

President Trump's own grandfather, Friedrich, immigrated to the United States from Germany in 1885.

Trump has repeatedly tweeted that he wishes to end chain migration policies.

CHAIN MIGRATION cannot be allowed to be part of any legislation on Immigration!

....we need to keep America safe, including moving away from a random chain migration and lottery system, to one that is merit-based. https://t.co/7PtoSFK1n2

CHAIN MIGRATION must end now! Some people come in, and they bring their whole family with them, who can be truly evil. NOT ACCEPTABLE! pic.twitter.com/PQGeTTdRtX