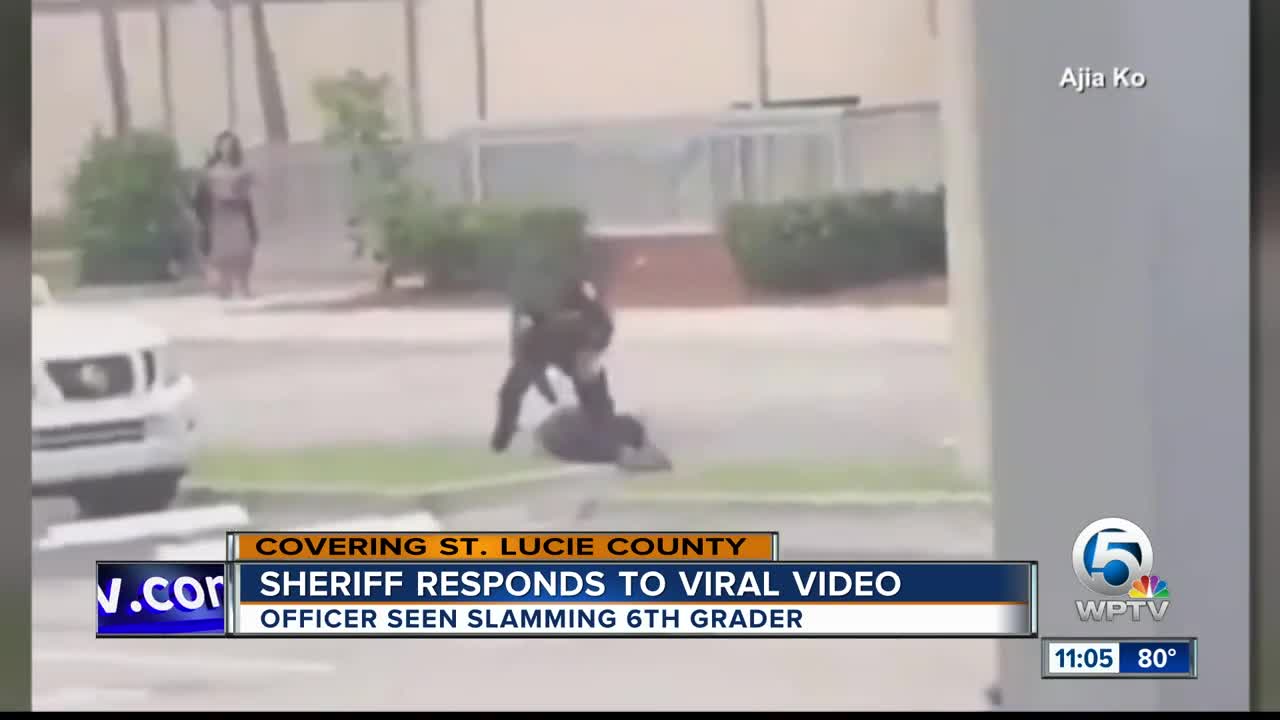 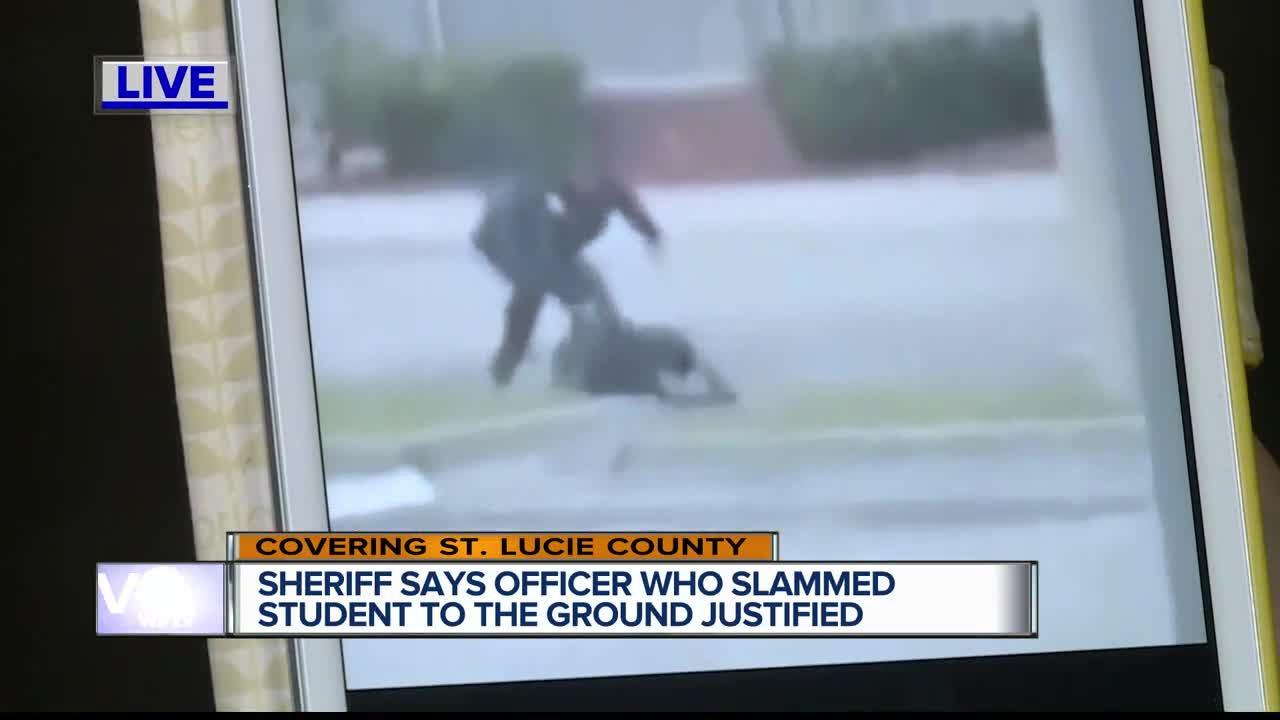 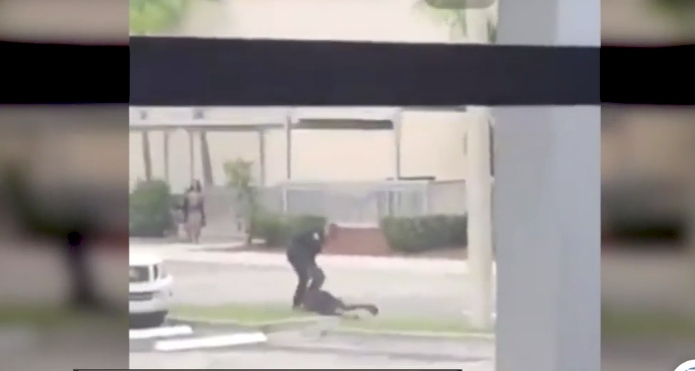 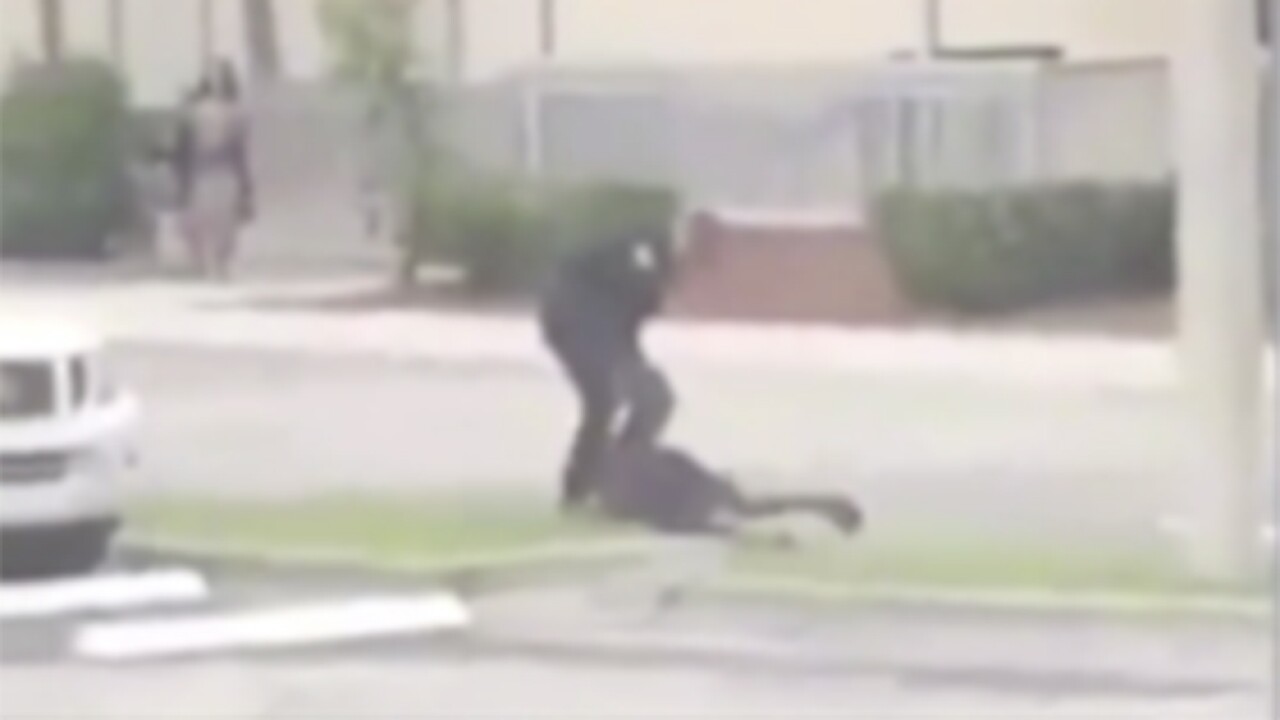 FORT PIERCE, Fla. — Parents of students at a Florida school are concerned after cell phone video shared on social media showed a Sheriff's deputy body-slamming a sixth-grade student outside of school in Fort Piece, Florida.

The 15-second video shows a the school resource deputy at Lincoln Park Academy run after a sixth grade student outside the school Tuesday afternoon and slam him on the grass. Another video then shows the student in handcuffs walking away.

According to an incident report, the confrontation between the student and deputy occurred on April 9.

The student, who was not identified, had already been suspended from school for being disruptive in a classroom. After he was sent to the Dean's office, he report says he continued being disruptive while waiting for his parents to come pick him up.

The student eventually walked out of the office and ignored commands by school staff members. Eventually, the Assistant Principal asked the deputy to help bring the student back to the office.

The deputy — an eight-year-veteran — said the student ignored his commands and "continued walking with his fist clenched and had an agitated expression on his face. His brows were turned down and he was punching his fist into the palm of his hand."

The deputy spun to the left and forced the student to the ground, according to the incident report.

At a press conference on Wednesday, St. Lucie County Sheriff Ken Mascara said the deputy did not use excessive force, citing the moments prior to the incident that weren't caught on camera.

"Our school resource deputy is very familiar with this student and knows he has a violent history, including possessing weapons," Mascara said.

According to Mascara, the school officials recently confiscated a knife from the student. Staff members at the school have also been forced to escort him around campus because he's been physically aggressive to staff and students. The student had also been arrested five days before the incident and is currently in DIverison Program.

"At the end of the day the deputy did everything he could to diffuse the situation, and his use of force fell within the legal and our agency guidelines," Mascara said.

Mascara added that the deputy involved has no complaint for excessive use of force.

Despite the Sheriff's ruling, family members of students at Lincoln Park Academy are still concerned.

"That's kind of rough to be at a school campus, he didn't have to slam him down like that," said General Platt, a parent of twins who attend the school.

"I would have freaked out if I saw that in person," said Jazmine Arias, the sister of a student at the school. "He's a kid, I don't think a little kid should be thrown to the ground like that."