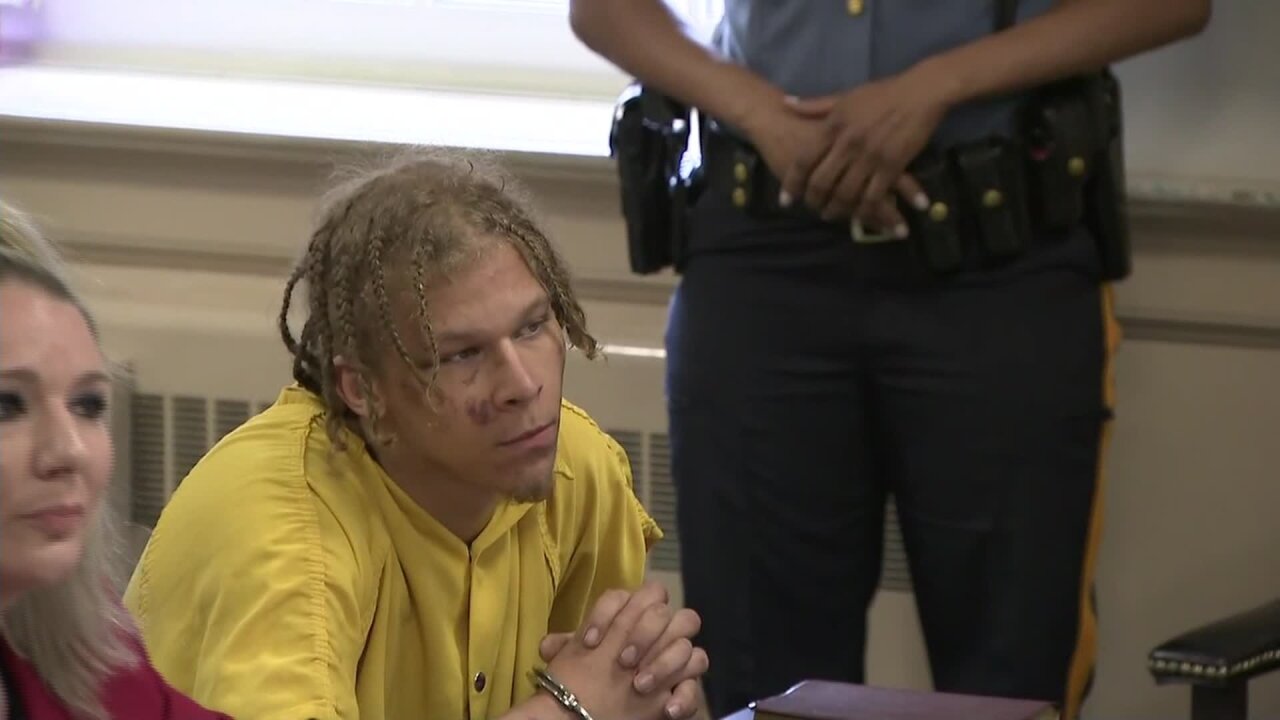 A New Jersey town's police department is under fire after video was released that appears to show officers choking a 19-year-old and punching him the face multiple times during a violent arrest.

The officers involved have been placed on paid administrative leave while the incident is under investigation, Dover Mayor James P. Dodd told reporters Monday.

The incident took place around 2 a.m. Sunday morning in Dover, about 30 miles northwest of Newark, when Cyprian Luke and his friends were on their way to get a tattoo, according to CNN affiliate WABC-TV .

"The Dover Police Department responded to a report that a fugitive wanted for aggravated assault was present in the town of Dover," Dodd said. "The Dover PD positively identified the suspect as Cyprian Luke. Mr. Luke resisted police efforts to take him into custody."

The video shows two officers on top of Luke; one appears to be choking the teenager with one hand and punching him repeatedly in the head with the other.

"You gonna roll over on your stomach?" one officer yells.

CNN has reached out to Luke and the Dover Police Department, but has not heard back. It is not clear if Luke has obtained an attorney.

Luke spoke with WABC briefly about what happened.

His younger brother, Christopher, told WABC police didn't tell Luke they had a warrant for his arrest.

"They just tackled him to the ground. They pepper sprayed him," Christopher said. "He wasn't resisting at all. He was trying to cover his face, because they kept punching him."

Luke's mother, Mary, said she was devastated and emotional after viewing the video.

"I don't wish that upon nobody to be put through something like that because we know the police are supposed to help. I know that they do their job, but then again, I don't know. It's not supposed to be with force like that," she told WABC.

Dodd said the investigation of the incident has been turned over to the New Jersey Attorney General's Office who is working in conjunction with the Morris County Prosecutor's Office.

Dodd said he's proud of the "great strides" the Dover police have made under its current leadership and that he will "continue to stand by them."

"I will not let this incident blemish the reputation of the entire force," he said.