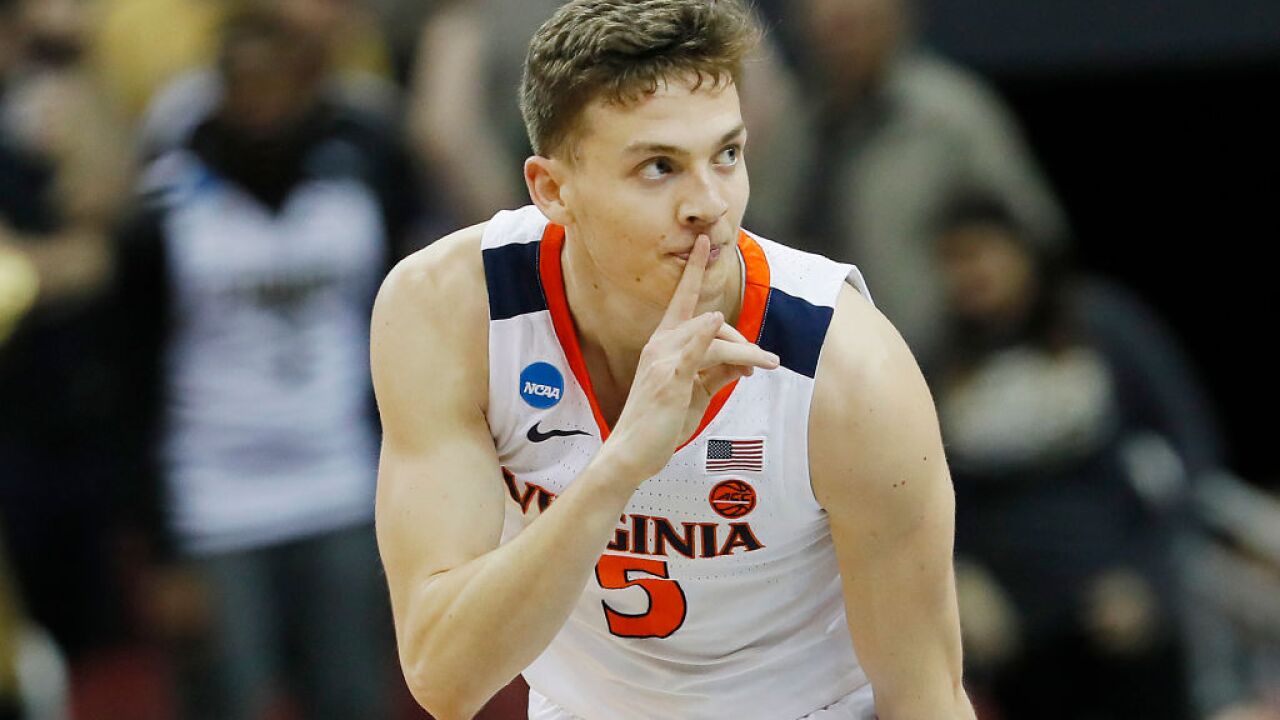 It is a joyous time for Virginia junior guard Kyle Guy. Not only is Guy getting to participate in this weekend's Final Four, Guy is engaged to get married.

But it turns out one joyous occasion is playing havoc with another one.

Guy and his fiancee removed their wedding registry after a link to their registry became public. According to the Washington Post, Guy said he was told that having a wedding registry would affect Guy's college eligibility.

So no wedding registry, at least not yet.

“Yeah, that was crazy to me that that’s illegal because that’s what a registry’s for,” Guy told the media on Thursday. “Yeah, NCAA said it was illegal, so I’m not going to argue with it right now. I’m going to try to win a national championship, and we’ll open that book.”

Apparently Guy had launched the registry -- no word on where they're registered -- which became public knowledge through the Busted Coverage sports blog, the Post reported. The blog's founder then received a cease and desist letter from the university claiming that sharing the registry link could cause Guy to lose his eligibility.

That's when Guy and his fiancee removed the registry.

But NCAA President Mark Emmert said a registry is permissible as long as it is private.

"Nobody in the NCAA said anything of the sort," Emmert told USA Today. "We don't know what the source of that information was. ... It's certainly not the case that it's a violation of NCAA rules."

A university spokesperson told the USA Today that the university does not "desire to interrupt typical gift giving practices."