Want both mayo and mustard? There is now a sauce for that 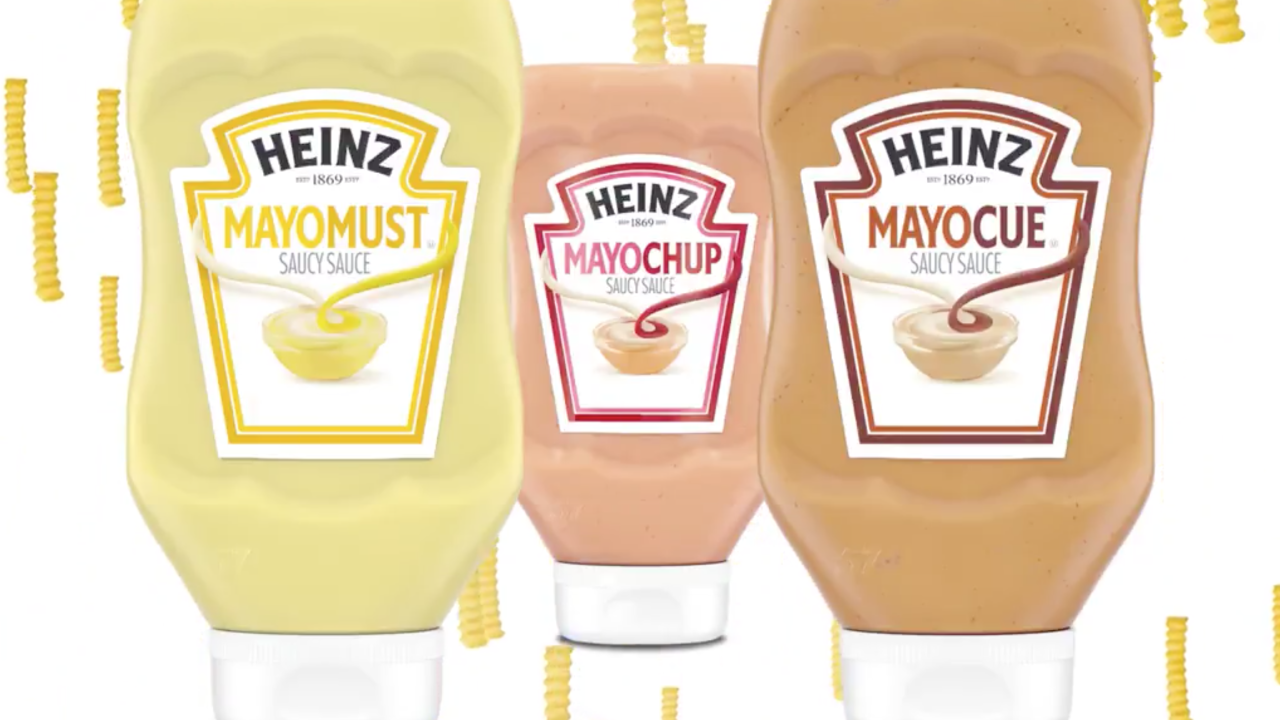 Are you tired of needing two separate bottles to create a combination of mustard and mayonnaise? This first-world problem has been solved by Heinz as the brand launched a pair of new sauces.

The products come a year after Heinz released the MAYOCHUP sauce, which is a combo of mayoonaise and ketchup.

“Sauce lovers nationwide have been mixing different condiments to create flavor combinations that will take their favorite foods to the next level for years,” said Nicole Kulwicki, Director of Marketing for the HEINZ brand. “First with MAYOCHUP sauce and now with MAYOCUE and MAYOMUST sauces, we’re taking out the guesswork."

Heinz said the products will begin appearing on shelves later this month, and a 16.5 oz bottle will retail for $3.49.