When lakes freeze over, these lifeguards turn to ‘iceguards’

When lakes freeze over, these lifeguards turn to ‘iceguards’ 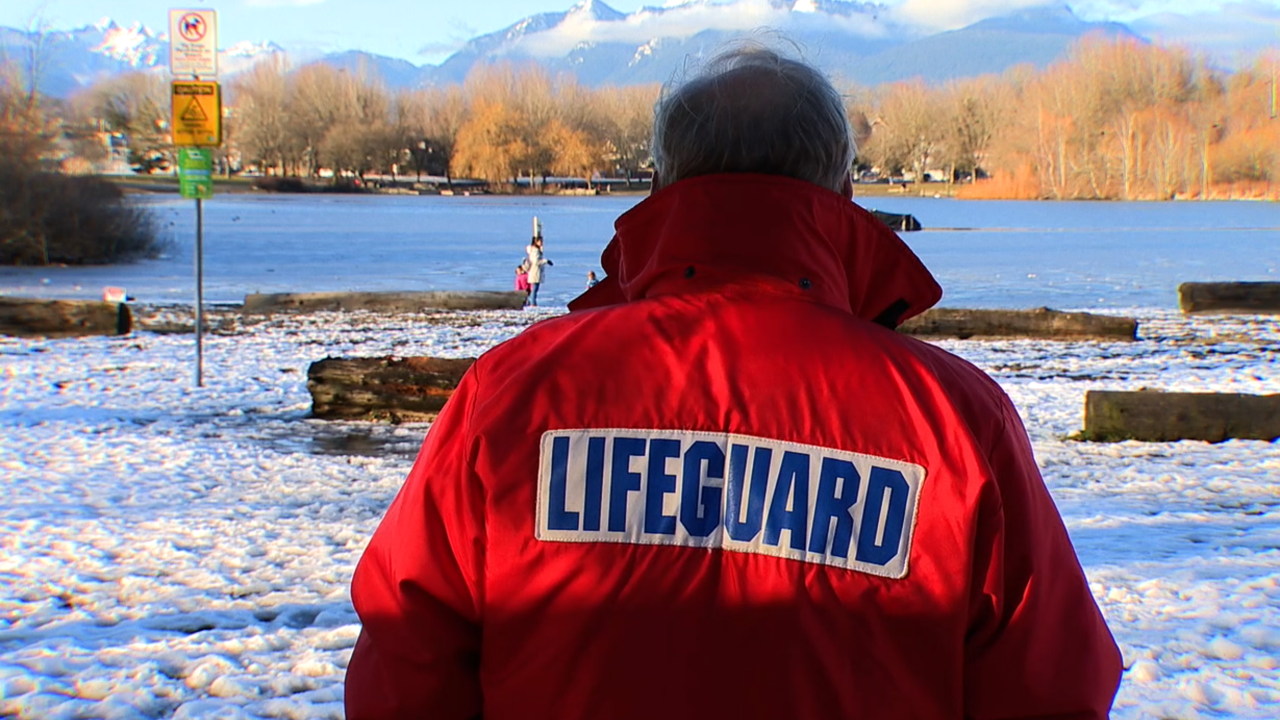 For 52 years, Tom Hollett has been scanning the water as a lifeguard. But being a lifeguard in Vancouver, Canada means he also keeps watch over frozen water.

“I'd rather make 10,000 rescues in the warm ocean than one here,” Hollett says of the frozen lake.

This part of Canada, nestled between the Pacific Ocean and the North Shore Mountains, it’s the only part of the country where the average temperature stays above freezing, even in the winter. So, when the lakes start to freeze over, it’s a novelty.

The lake attracts visitors, who are often tempted to tread on the thin ice, often times with their pets.

“There’s people that don't understand the ice, so they just figure they can walk on it,” Hollett says.

When temperatures are colder, as they have been this week, the City of Vancouver Parks and Recreation department dubs a few of their summer lifeguards, "iceguards."

"Lifeguards are always scanning and keeping an eye out, so that's what our iceguards do,” Sean Healy with the Vancouver Board of Parks and Recreation says. “When they come out to iceguard, they actually do a walking patrol around the lake. They also keep binocs close at hand.”

Hollett says he’s had to make ice rescues before for people’s pets.

“Believe it or not, I’ve saved many dogs,” he recalls. “I grabbed their collar like this, reach out and bring ‘em up in the ice."