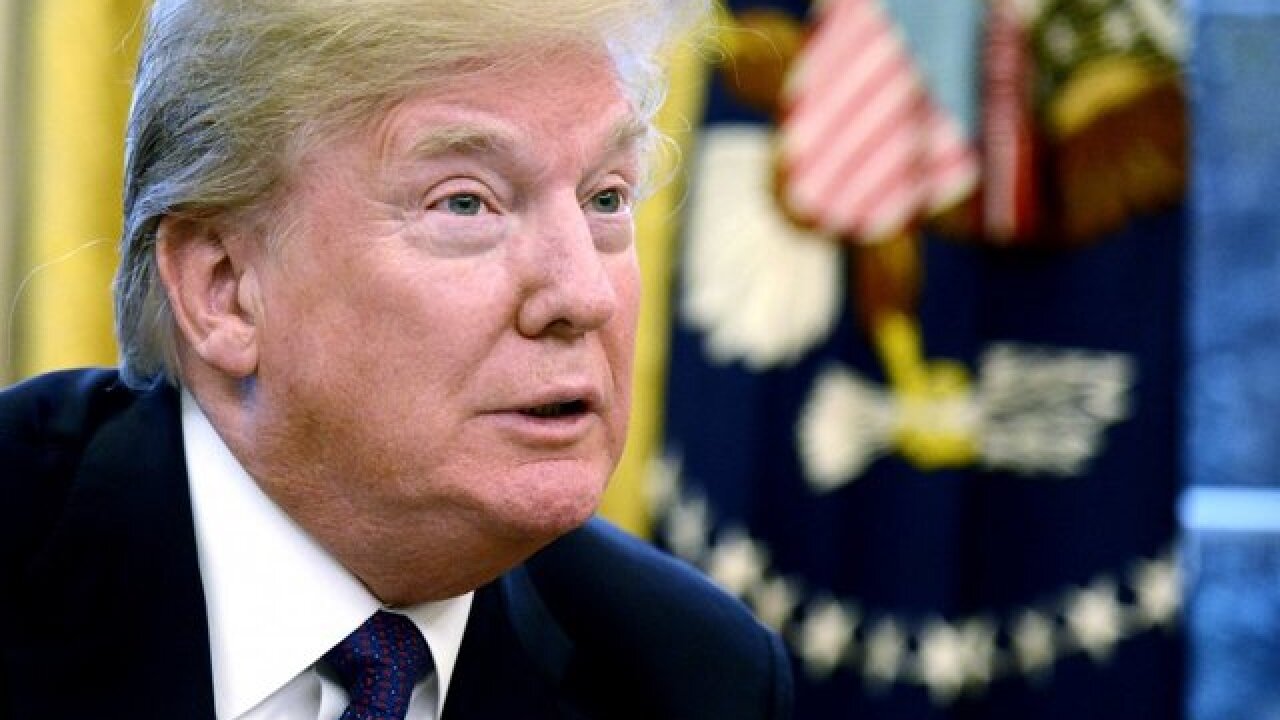 Nearly 3,000 people died in the aftermath of Hurricane Maria in Puerto Rico. President Donald Trump denied this reality as a hurricane barrels toward the Carolinas.

"3000 people did not die in the two hurricanes that hit Puerto Rico. When I left the Island, AFTER the storm had hit, they had anywhere from 6 to 18 deaths. As time went by it did not go up by much. Then, a long time later, they started to report really large numbers, like 3000," he said in a tweet Thursday morning as Carolinians prepared to be pummeled by Hurricane Florence.

Earlier this month, the island's governor formally raised the death toll from Hurricane Maria to an estimated 2,975 from 64 following a study conducted by researchers at The George Washington University. CNN's own reporting reflects similar numbers. The university study accounted for Puerto Ricans who succumbed to the stifling heat and other aftereffects of the storm and had not been previously counted in official figures. Much of the US territory was without power for weeks.

In a second tweet Thursday, Trump cast blame on Democrats, who he said are trying to make him look bad.

"This was done by the Democrats in order to make me look as bad as possible when I was successfully raising Billions of Dollars to help rebuild Puerto Rico. If a person died for any reason, like old age, just add them onto the list. Bad politics. I love Puerto Rico!" he wrote.

The study was commissioned by Puerto Rico Gov. Ricardo Rosselló, a member of Puerto Rico's "New Progressive Party." It was conducted by the nonpartisan George Washington University's Milken Institute School of Public Health.

There has been no evidence to indicate that partisan politics has played a role in the calculation of the death tally.