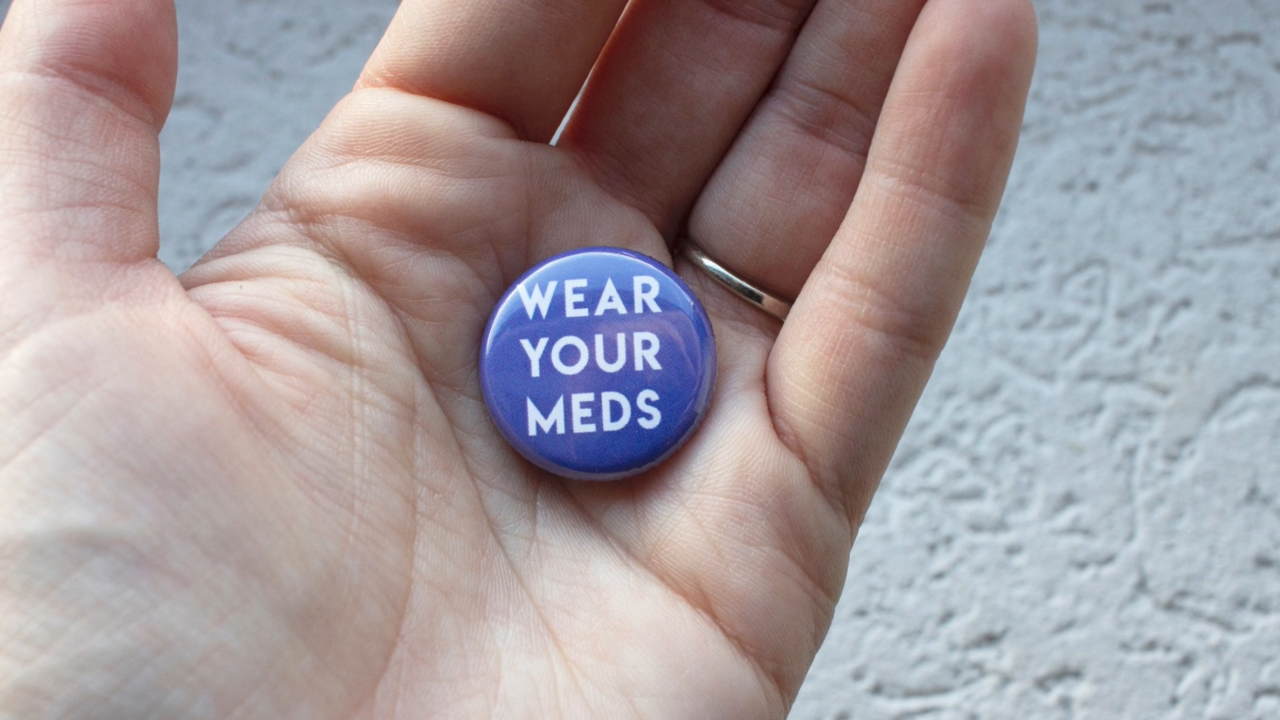 Medication surrounding mental health still carries a big stigma, and it may be why many people don’t seek help.

Lauren Weiss knows the feeling first-hand, so she decided to do something about it.

“There’s the idea that they're somehow broken or weak if they have to rely on medications,” Weiss says.

Weiss says she's dealt with bipolar disorder for over a decade, but she only recently sought medical help.

"So, I was pretty convinced that I could just tough it out and do it on my own," she recalls before seeking treatment.

Weiss wants to make sure others don't wait like she did.

Specifically, buttons that feature pictures of medications. She hopes the buttons promote a dialogue, eventually chipping away at the stigma.

"People can ask and say, ‘What is that button?’ and you’re willing to say, 'This is my medication I take it for this mental illness. This is something that has helped me live a more stable life,'” she says.

Weiss calls it the "Wear Your Meds" campaign. In just over a month, she's already sold a couple hundred.

Psychiatrist Dr. Chris Rogers, at the Medical Center of Aurora in Colorado, applauds Weiss and encourages anyone who thinks they might need help, but are hesitant, to talk to a professional.

There are many illnesses and many people [whose] lives are better, and sometimes it’s critical that they’re on the right kind of medications,” Dr. Rogers says. “And these medications can be lifesaving."