The mother of a baby who was found at Eldorado High School is speaking out. 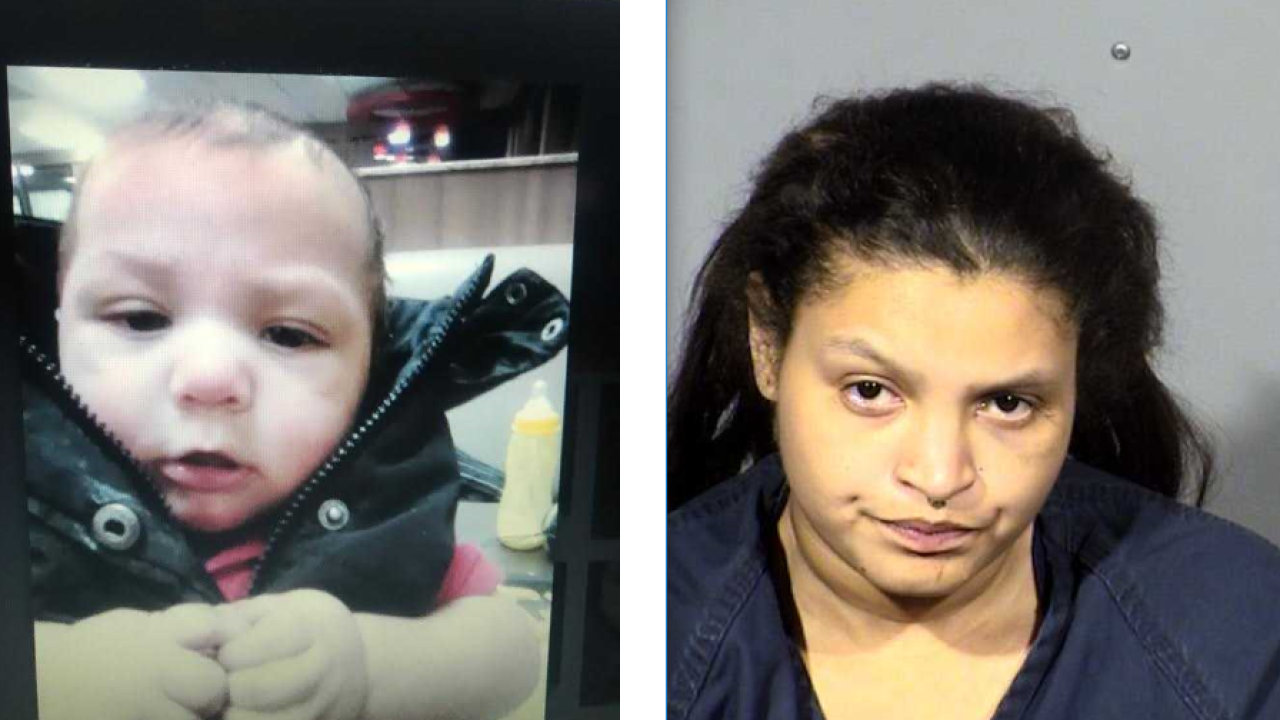 UPDATE 11 P.M.: The mother of a 6-month-old boy who was missing says she had no way to reach the babysitter, who was a family friend, which is why she reported him missing.

“Just the relief, I can’t explain how relieved I am,” Sharissa Robinson said.

Robinson told 13 Action News that Monique is a family friend and that’s why she asked her to babysit him.

The mother said later she realized that she had no way to reach her.

Reporter: “Why did you not have a way to contact her?”

Sharissa: “I was told she had a number, she didn’t have one, miscommunication on several ends or whatever.”

Reporter: “Well at what point did you realize you didn’t have a way to reach this woman to get her baby?”

Sharissa: “When it was five I’m wondering where my kid is, it's about to get dark.”

Around 2 p.m. Wednesday, Atreu was found.

CCSD police said he was dropped off at the front desk of Eldorado High School and then taken to Sunrise Hospital.

“I don’t know who dropped him off,” Robinson said.

Police are trying to track the man who reportedly dropped Atreu at the high school, and no word yet if it was the same man who witnesses told police picked the baby and the babysitter up.

Atreu remains at Sunrise Hospital as North Las Vegas police and CPS continue their investigation into what happened.

UPDATE: The baby has been located. According to police, the baby was dropped off at Eldorado High School. The baby is being taken to Sunrise Hospital to be checked out.

North Las Vegas police say that the baby was dropped off by a man. The man is facing charges if located.

On March 5 around 11:40 p.m., officers responded to a home near Bruce Street and Putnam Avenue, in reference to a report of a missing 6-month-old boy.

According to witnesses, Atreyu was last seen on March 5 at about 3 p.m. at a home near Nelson Avenue and Donna Street in the company of Monique.

He was wearing a white onesie with polar bears on it.

Police say they believe a former boyfriend of Monique, possibly named “Shawn," picked up her and Atreyu in a white SUV with tinted windows and black trim.

The North Las Vegas Police Department is asking for the public's help in getting into contact with Monique and locating Atreyu.

Police say Monique Sims is not a suspect and do not believe the child is in danger. Police are trying to find her and have exhausted all leads.