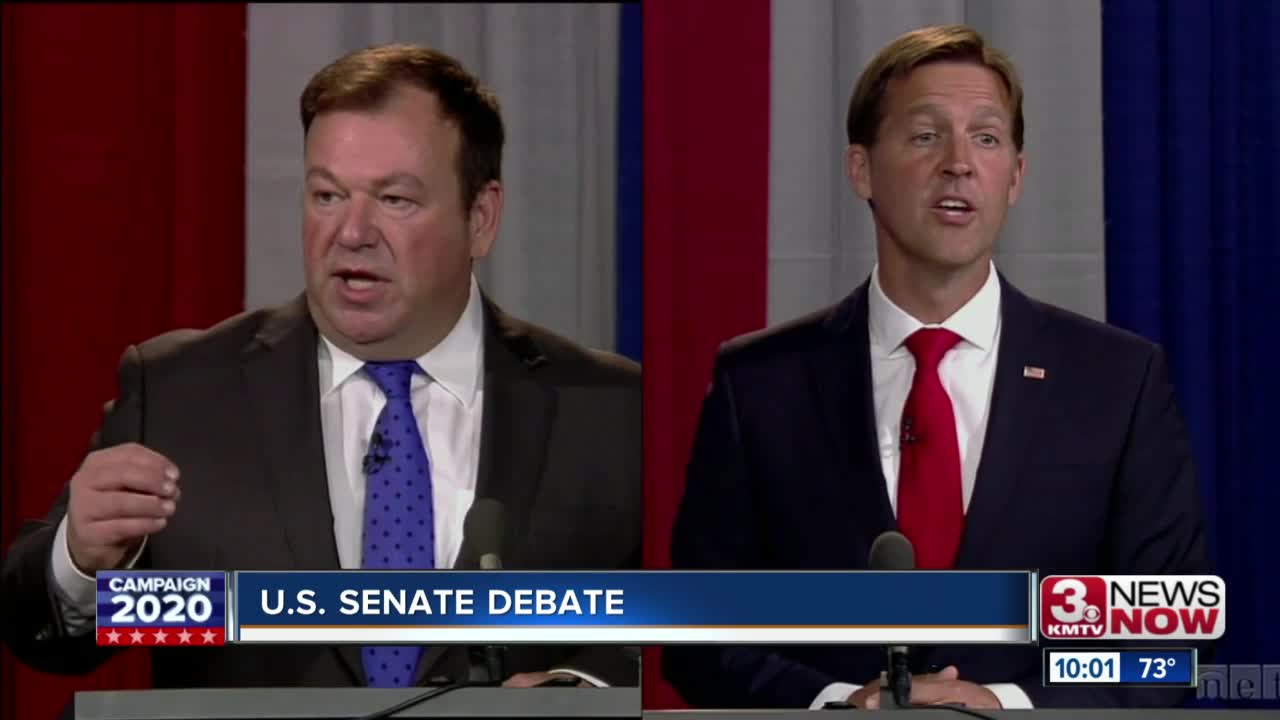 LINCOLN, Neb. (KMTV) — Sen. Ben Sasse and challenger Chris Janicek squared off in Lincoln on Friday with the debate starting off on how the two have been rejected by parts of their party.

President Donald Trump said last month that Sasse, a Republican, had gone rogue. Sasse said he frequently talks privately with Trump and that Washington DC politics tries to put you into two camps.

“Act like you’re supposed to fall into one of two political camps. You want to shine President Trump’s shoes, all day everyday. Or you have to hate about him and scream about how he’s the devil. I don’t believe either of those things are true," says Sasse.

Challenger Chris Janicek apologized for lewd text messages he sent to a former campaign staffer, texts that led to Nebraska Democrats abandoning him.

Janicek at one point got emotional on healthcare, talking about how he owed hundreds of thousands of dollars after a near fatal heart attack.

“It bankrupted me. Nobody, and I mean nobody, in this state should have to go through that because of medical bills and lack of proper healthcare,” says Janicek.

Both were asked about how they’d reform policing. Sasse mentioned supporting a reform bill from Senator Tim Scott, saying changes need to be made.

“You see something happen, like what happened in Minneapolis, or what happened to Breonna Taylor in Kentucky when she’s in her home. Those issues of over-policing scream out a brokenness in our system that violates our own creed,” says Sasse.

The two diverged on how they’d handle the COVID-19 crisis, specifically on masks.

“I think a national mask mandate is a terrible idea, but the reality is most Americans should be wearing masks indoors,” says Sasse.