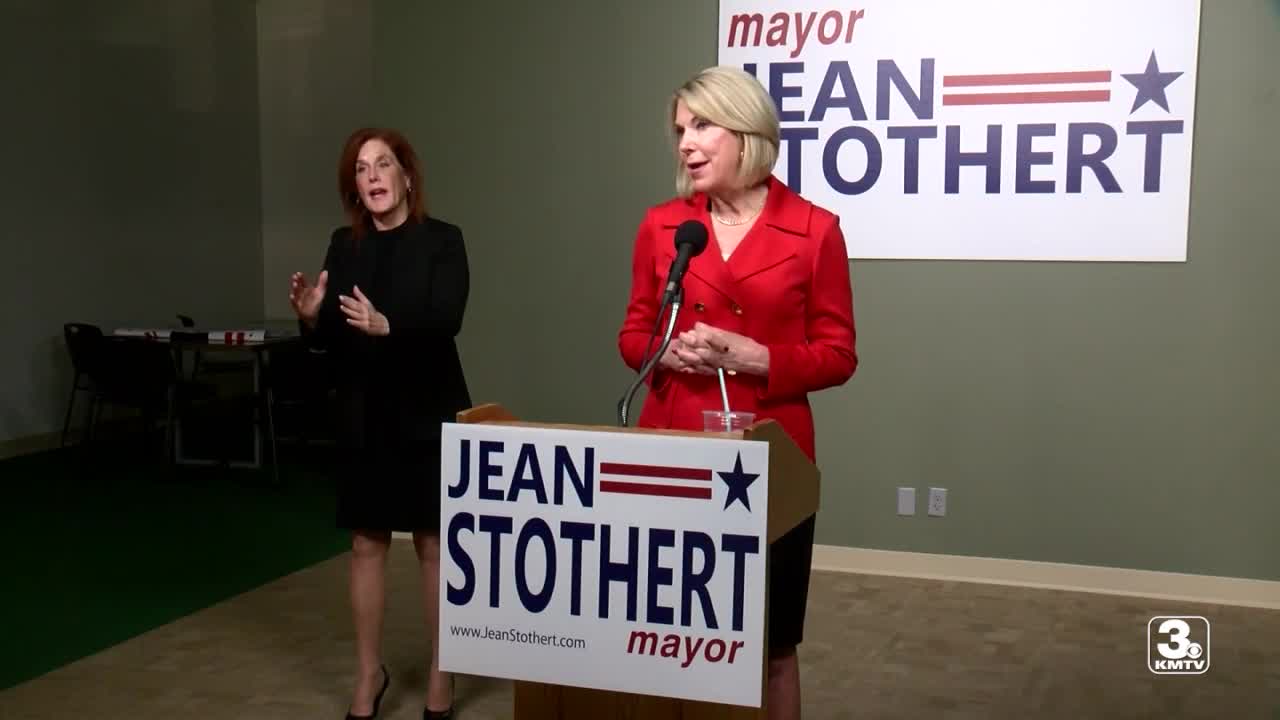 Omaha Mayor Jean Stothert announced her candidacy for a third term in office on Wednesday.

Watch her announcement below or on our Facebook page.

The 66-year-old Republican was first elected as mayor in 2013 after defeating incumbent Jim Suttle. Stothert was the first woman to be elected as the city's mayor. She was re-elected four years later after holding off a challenge from Heath Mello. Prior to serving as mayor, Stothert spent time on the Omaha City Council and also was the president of the Millard Board of Education.

After her announcement, Stothert took questions from reporters.

“I love what I do. I love the direction that Omaha is going,” she said when asked if it was hard to make the decision to run for a third term.

Stothert is putting public safety at the forefront of her campaign. She says since she’s taken over she’s helped add 100 police officers and a new police precinct in Elkhorn, she says she’ll give the force what they need, despite calls to divert police funding.

“If we continue to grow, we will add more police officers as they are needed. But I will tell you to de-fund the police department right now, or to disassemble any police department, is reckless, irresponsible and I will not do it,” says Stothert.

She also mentioned how she’s proud to expand the city’s public transportation, including helping to put together and fund the new ORBT busses that started their routes just this week.

“We really hope by offering other modern transit options for people that more people will take advantage of it,” says Stothert.

When asked about the pandemic she emphasized the need for citizens to take non-pharmaceutical actions such as mask wearing, hand washing and social distancing. The mayor reminded people that the hospital systems in Omaha have a plan and she touted the Omaha medical community’s expertise when it comes to infectious diseases. She also addressed police efforts to respond to complaints about businesses not complying with the city's public health restrictions.

The mayor answered questions about the city's ongoing riverfront development and said that the Crossroads property at 72nd and Dodge, as well as the civic auditorium space downtown, are projects she hopes to be able to see through if she is elected to another term.

Stothert also mentioned ongoing concerns about fixing Omaha's streets. She says she's proud that she was able to help pass a bond issue this fall that will allow for 250 lane miles to be done in Omaha annually.

“It’s never too late to fix our streets,” she said, adding that the streets have been neglected and underfunded for 50 years.