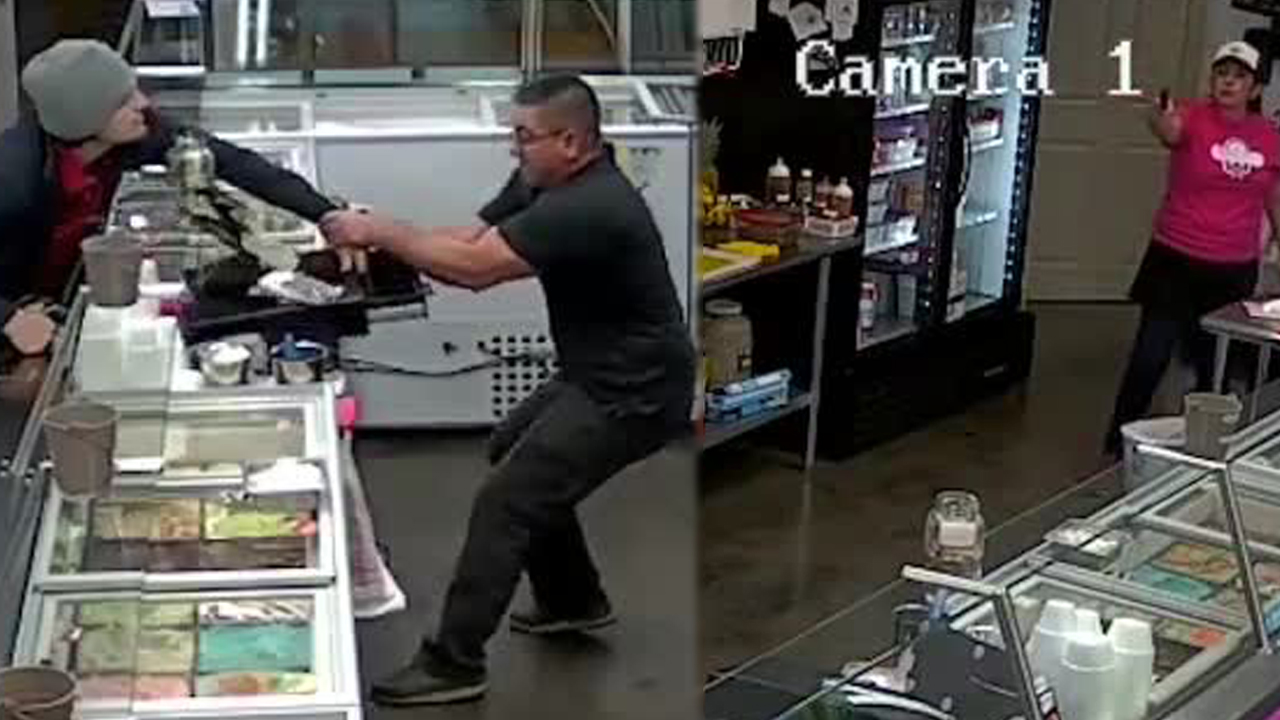 A quick-thinking woman shot at a man who attempted to rob her family's ice cream shop in Texas earlier this month. 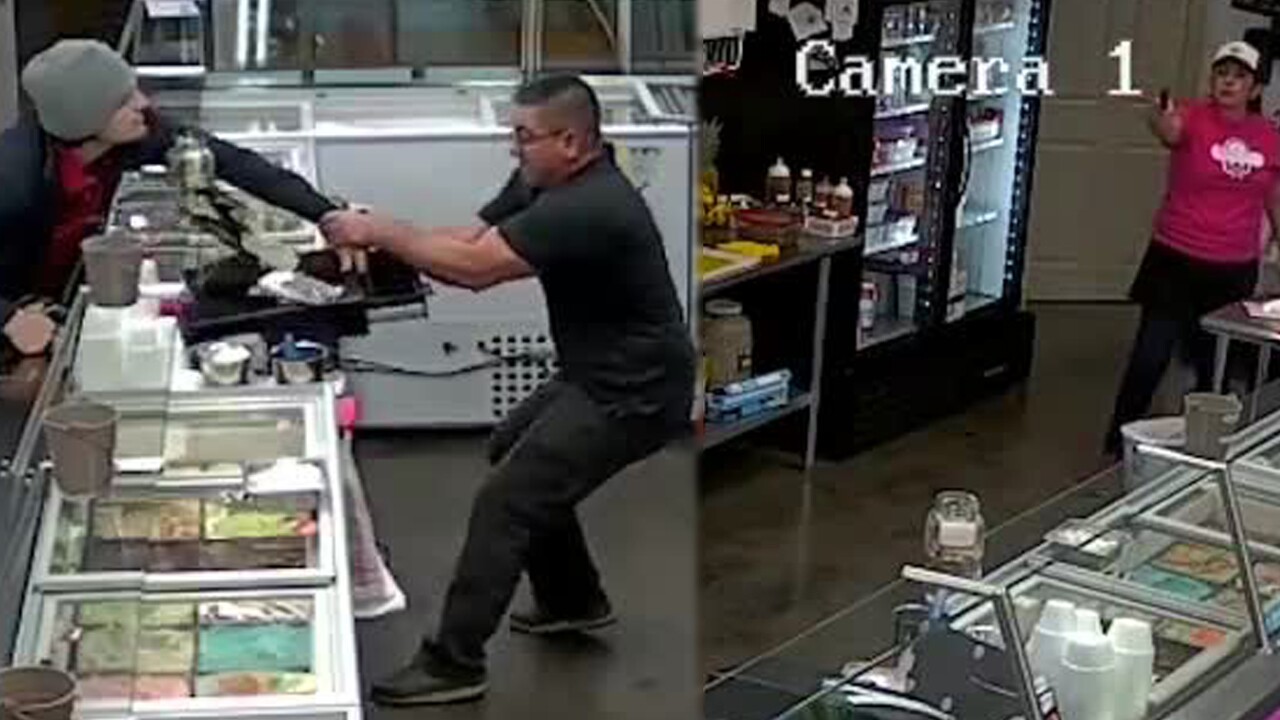 HARRIS COUNTY, Texas (KTRK/CNN) -- A quick-thinking woman shot at a man who attempted to rob her family's ice cream shop in Texas earlier this month.

It happened near Houston on Saturday, Feb. 1.

Surveillance video shows Jorge Padilla working at the shop when a man wearing a dark-colored jacket and a gray beanie begins speaking with Jorge.

As Jorge opens the cash register, the man reaches over and attempts to grab the cash.

His wife, Nadia, witnessed the attempted robbery and calmly got up from her seat. She made sure her kids were safe in the back and retrieved her gun. She shot at the robber and the video shows Jorge chasing the suspect out of the store.

"I grabbed his arm, and I pulled hard, really hard on him. At that point, my wife walks out, and just, 'bam' fires a shot at him," said Jorge Padilla.

"I hope he learned his lesson, and I hope everybody who can see that thinks twice ... You know, it's not that easy to just walk into a business and just say, 'Give me the money.' You know, they should be looking for a job, working, like everybody else," said Nadia Padilla.

Investigators with the Harris County Sheriff's Office suspect the same man is responsible for at least seven robberies in the area.